The new system will enable concessions for students and senior citizens

DMRC has recently collaborated with EV startups for last-mile connectivity 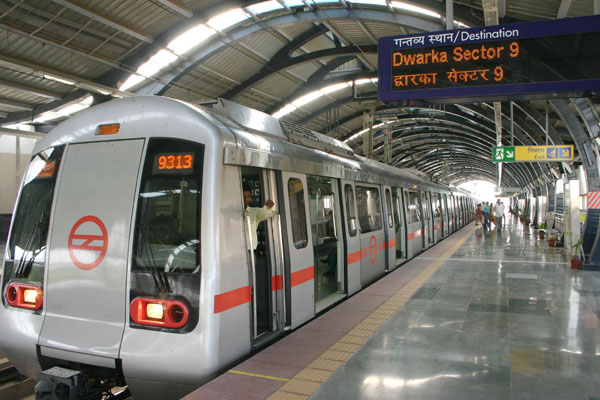 The Delhi Metro Rail Corporation (DMRC) has announced that the passenger smart cards could soon be linked to the biometrics system, making them non-transferable. While the method of linking cards to passengers has not yet been determined, biometric linking has been suggested as an option.

In a recent report in ET, the DMRC stated that this system would help the Delhi Metro provide concessions and special discounts to students and senior citizens. However, Hardeep Sigh Puri, the housing and urban affairs minister, reportedly said that this concession is still under discussion, as it would be decided by the Delhi Metro Fare Fixation Committee (FFC) in the coming days.

Whether the DMRC chooses biometrics or any other method to link smart card to passengers, the system will make the Delhi Metro smart card non-transferable, unlike the current radio-frequency identification (RFID)-based system.

While the current smart card lets passengers top-up the amount through Paytm, it still involves a further step to validate the purchase at the metro ticketing counter. If metro smart cards do become unique, it would also allow faster recharges and top-ups for passengers through third-party services.

The Delhi Metro has been focussing on improving its passenger ticketing services in the past few months and besides the plan to introduce these unique smart cards, the metro service has tied up with Uber for ticketing and passes. Uber is launching its public transport service in India, starting with the Delhi Metro, though there is no timeline announced for the same.

The Delhi Metro spans nearly 350 km, having over 250 metro stations and nine colour-coded lines. But last-mile connectivity is a problem.

Earlier in October, DMRC had given permission to electric scooter renting services at four Delhi Metro stations. The service would be operated outside metro stations by electric vehicle startup qQuick, which will allow dock-less scooter rentals on per-minute pricing through its app. The scooters are said to be keyless and smokeless.

The Delhi Metro has also partnered with bike and electric scooter rental service Yulu in September. Yulu has started its services from Dilli Haat to JLN Stadium in Delhi. The app is said to ease the first and last-mile connectivity for commuters. Yulu plans to deploy 5K electric non-motorised vehicles at metro stations by the end of this year.