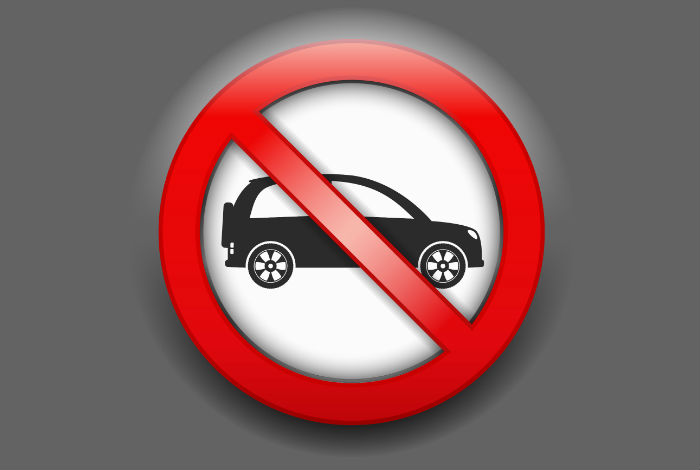 After banning Uber in the capital city, Delhi government has issued a notice announcing a ban on all the app-based cab service providers. The move is expected to cause major inconvenience to commuters.

On Monday, the transport department had issued a notice stating a ban on all the private cab services which operate via app. In the notice the department mentions that only 6 radio cab services are registered and rest are not authorised to continue operations in the city. The six radio taxi services that are registered are Easy Cabs, Mega Cabs, Meru, Chanson, Yo Cabs and Air Cabs.

Apart from Uber, the cab services that are barred from continuing operations in the city include Taxi-for-Sure, Ola, Quick Cabs, Delhi Cab and Wyn & Cosy.

“All other transport/ taxi service providers through web-based technology, who are not recognised, are prohibited from providing such services in the NCT of Delhi till they get the required licence/ permission from the transport department,” said a statement issued by S Roy Biswas, Deputy Commissioner (Transport). 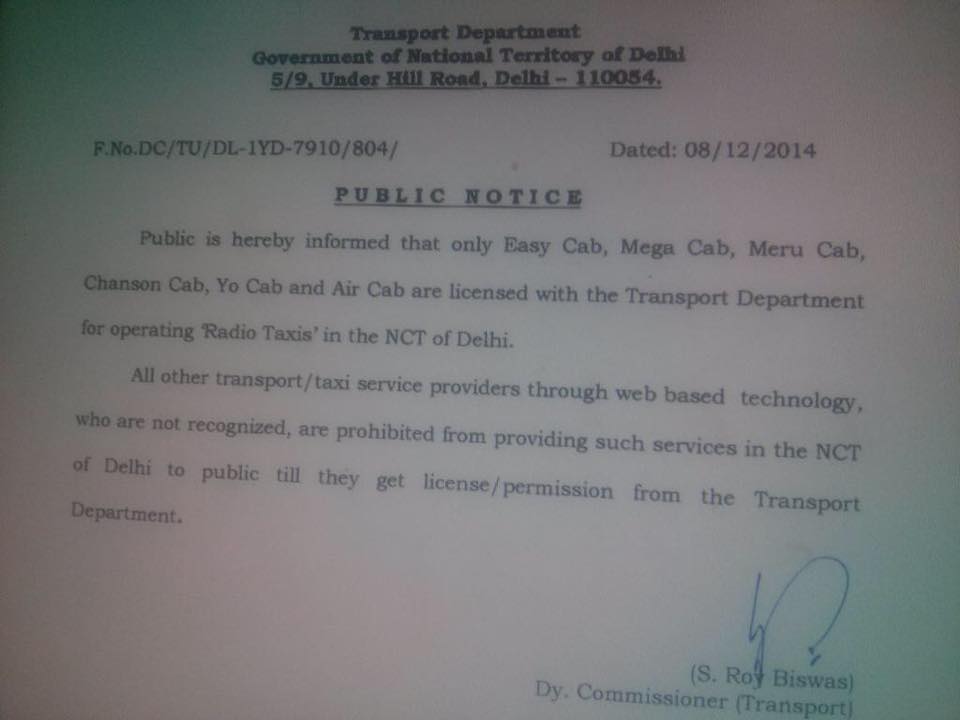 Confirming the blacklisting of Uber, special commissioner (transport) Kuldeep Gangar said, “Uber misled the commuter about the nature of the taxi service offered…the transport department has banned all activities relating to providing any transport service by www.uber.com with immediate effect.” For the others too, the ban began with immediate effect. “Any taxi service providing such services without a licence will be prosecuted,” the department said.

Further, the Union Home Ministry is planning to ask all state governments and administrations of nine union territories, where Uber runs its cab services, to put a ban on it. Currently, Uber’s cab services are available in Bangalore, Mumbai, Hyderabad, Chennai, Jaipur, Ahmedabad, Chandigarh, Kolkata and Pune.

According to the rules, a radio taxi operator can offer services only if he has vehicles that are fitted with a GPS device and has verified the credentials of the driver, including the driving licence and PSV badge.

An FIR by Delhi Police for negligent conduct and cheating has also been lodged against Uber.

Surprisingly, here comes a twist in the Uber rape case. According to reports, a ‘character certificate‘ issued in the name of an Additional DCP of the Delhi Police in August this year to the driver accused in the Uber rape case, gave a clean chit to the Shiv Kumar Yadav, who was also accused in a similar rape case in 2011 and had spent seven months in Tihar jail. The certificate was issued in August this year, stating that the accused was not involved in any criminal case as per the records of Ambedkar Nagar Police Station. But the police suspect that the certificate was forged by Yadav or he may have procured it from somewhere and submitted to Uber to get him and his cab attached to the company. According to them, the date on which the said certificate was issued, the officer, whose signature are on the certificate, was not posted there.

The question that arises here is that these cab services have been operating in the city since long without a proper license, announcing a ban now simply points to the fact that the government was not concerned about all this until today. On the other side, rather than implementing better laws, and addressing the problem deeper, banning such services appears to be the best solution for the government.