TCIL will install CCTV, panic buttons and GPS in 5500 DTC and cluster buses

This 128 Cr project is expected to complete within 12 months 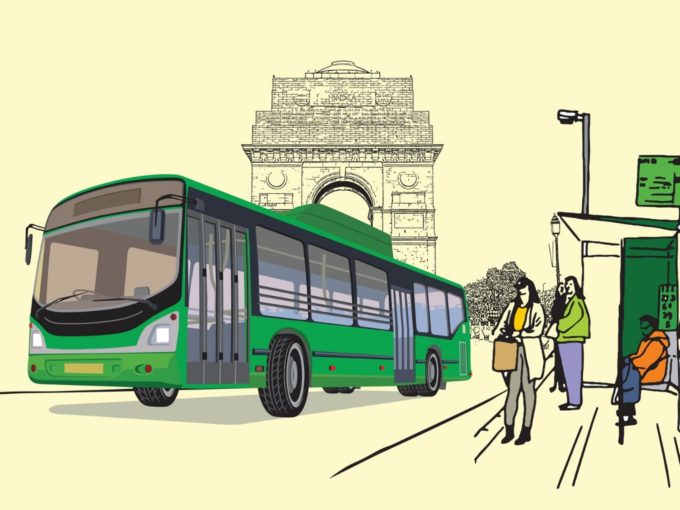 To fulfil one of its promise of installing CCTV cameras in Delhi Transport Corporation (DTC) and cluster buses, the Arvind Kejriwal-led Delhi government has now given the contract for this project to state-owned Telecom Consultants India Limited (TCIL).

In addition to installing CCTV cameras for women safety, the company will also install panic buttons and Global Positioning System (GPS) in 5500 buses. According to ET, Delhi-based TCIL bagged this 128 Cr project, which will be completed in 12 months.

TCIL is a nodal agency registered under the aegis of the department of telecommunications (DoT). Besides its projects in India, the company also provides its IT services to more than 54 countries in Africa and has a presence in over 70 countries globally.

Claiming that this is the first-of-its-kind initiative, TCIL chairman Rajiv Gupta said that the company had emerged as the lowest bidder for this project. Gupta further said that the work hasn’t been awarded to the company yet. Upon pressing the button, a signal to law enforcement agencies is sent which will ensure the safety of women inside these buses, Gupta added.

The Delhi government had first come with this proposal in November last year. However, at that time, it had failed to move ahead with this project because of inappropriate responses from the prospective bidders on certain norms.

As of now, the government is planning to add around 10 panic buttons and three CCTV cameras. A command centre would also be established, which will monitor activities inside the buses in real-time. Upon pressing the button, a signal will be sent to law enforcement agencies, which will then ensure safety inside these buses, Gupta added.

Since the 2012 brutal rape and murder incident, the installation of such cameras became a common demand from individuals living in Delhi. In response to this demand, the Delhi government had announced the installation of CCTV cameras in the 2015-16 budget speech. And finally, on Thursday (December 26), the chief minister of Delhi Arvind Kejriwal flagged off 100 such buses equipped with these new features.

Recently, the Delhi government has also inaugurated the first electric vehicle public charging station in South Delhi. This charging station, which is installed near SDMC market area of Greater Kailash, is the first one of the 75 such stations, the government is planning to install. This EV infrastructure project is supported by state-run Energy Efficiency Service Ltd (EESL)