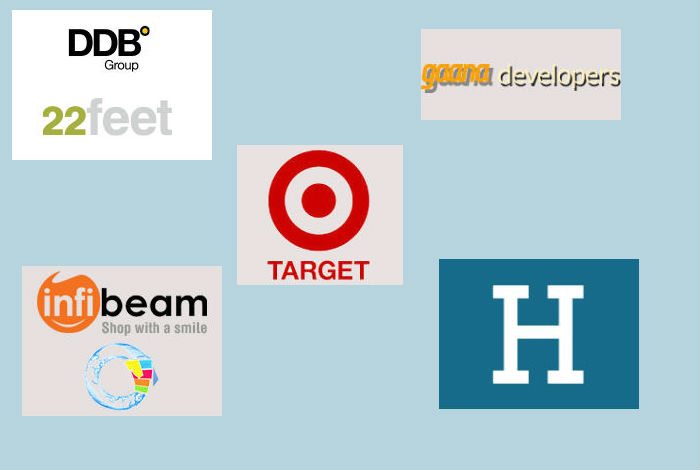 HackerEarth raises Rs 3.1 Cr in seed funding from AngelPrime and others

HackerEarth, a GSF accelerator startup, has raised Rs 3.1 Cr in seed round of funding led by AngelPrime with GSF Accelerator also participating in the round. The firm plans to use the latest funding round to expand operations in India and overseas markets.

HackerEarth was founded by Sachin Gupta and Vivek Prakash, in 2012. The company will be working to expand its presence in Eastern Europe, Southeast Asia and United States in the next one year. “These locations are hot spots for developers,” said Sachin Gupta

It’s a is a talent hunting site which only caters to programmers and developers. Possible employers can post real engineering problems and community members who solve them can then be selected for projects, assignments etc. It competes with Codelity and Interviewstreet.

Ecommerce company, Infibeam has recently acquired digital marketing company ODigMa for $5 Mn (Rs 32 crore), in a stock and cash, which is five times the current turnover of the Bangalore-based company.

ODigMa provides strategy, digital marketing, and technical services to hundreds of companies across major retail and services sector to enhance their customer engagement and brand experiences that drives eCommerce performance in India. This acquisition will broaden Infibeam’s own service capabilities in online space, which the company provides through its B2C platform Infibeam.com, and B2B platform BuildaBazaar.com.

ODigMa was launched in 2011, it has more than 400 client base and over 100 employees and partners who will be part of Infibeam post acquisition. ODigMa will continue to render its services with current team capabilities in Bangalore, Mumbai and Delhi.

Developers who join the program will be highlighted on Gaana, giving direct exposure of its user base to newly built applications. The site will offer developers access to its collection of songs along with its users. Via APIs, Gaana will offer developers access to its 3 million+ song catalog and its users. Thanks to its access to APIs, Gaana will help in the promotion of new applications via custom campaigns and featured position. The platform will also help these apps to be promoted on social media along with TIL network. These apps will be well integrated into the mobile apps of Gaana. Gaana has privately developed the base with a few existing apps.Singalong, developed by Karaoke Garage is a karaoke app which found great success on Gaana Platform.

Interested developers can submit the app concept at developer.gaana.com

Target Corporation, the $73 Bn US retailer, has officially launched its accelerator program in India. It has picked up information technology industry veteran Lalit Ahuja to run its new corporate accelerator programme. The selected startups will receive up to $30,000 in funding as part of the program. The program plans to provide mentoring, resources and support to its first batch of five technology start-ups selected from across the country.

“Innovation is the core to Target’s culture and we believe great ideas can come from anywhere,” Navneet Kapoor, president and managing director, Target India, said in a statement.

Target will focus on startups dealing in the mobile, data and analytics, content, social and search, all critical to ensure more productivity in the retail sector. The first five startups chosen are: Turnaround Innovision, which automates generation of rotating 3D images;  Konotor, which enables two-way communication between apps; MuHive, which simplifies social conversation;  Unbxd, that personalises search engine data and Instaclique, that integrates social media conversations online and through mobile apps to increase customer engagement.

Target has promised to aid 35 startups.

In a move to lead the development of the digital marketing solutions space in India, DDB Group Asia Pacific and Omnicom Group Inc. (NYSE:OMC), today announced it has acquired 22feet. 22feet will merge with Tribal Worldwide India creating a new entity known as 22feet Tribal Worldwide, and part of the DDB Mudra Group.

It had 115 employees across three offices in Bangalore, Mumbai and Delhi.