Average NPS across consumer internet businesses is around 24%

In the OTA and hotel tech segment, OYO posted NPS of nearly 30-33% 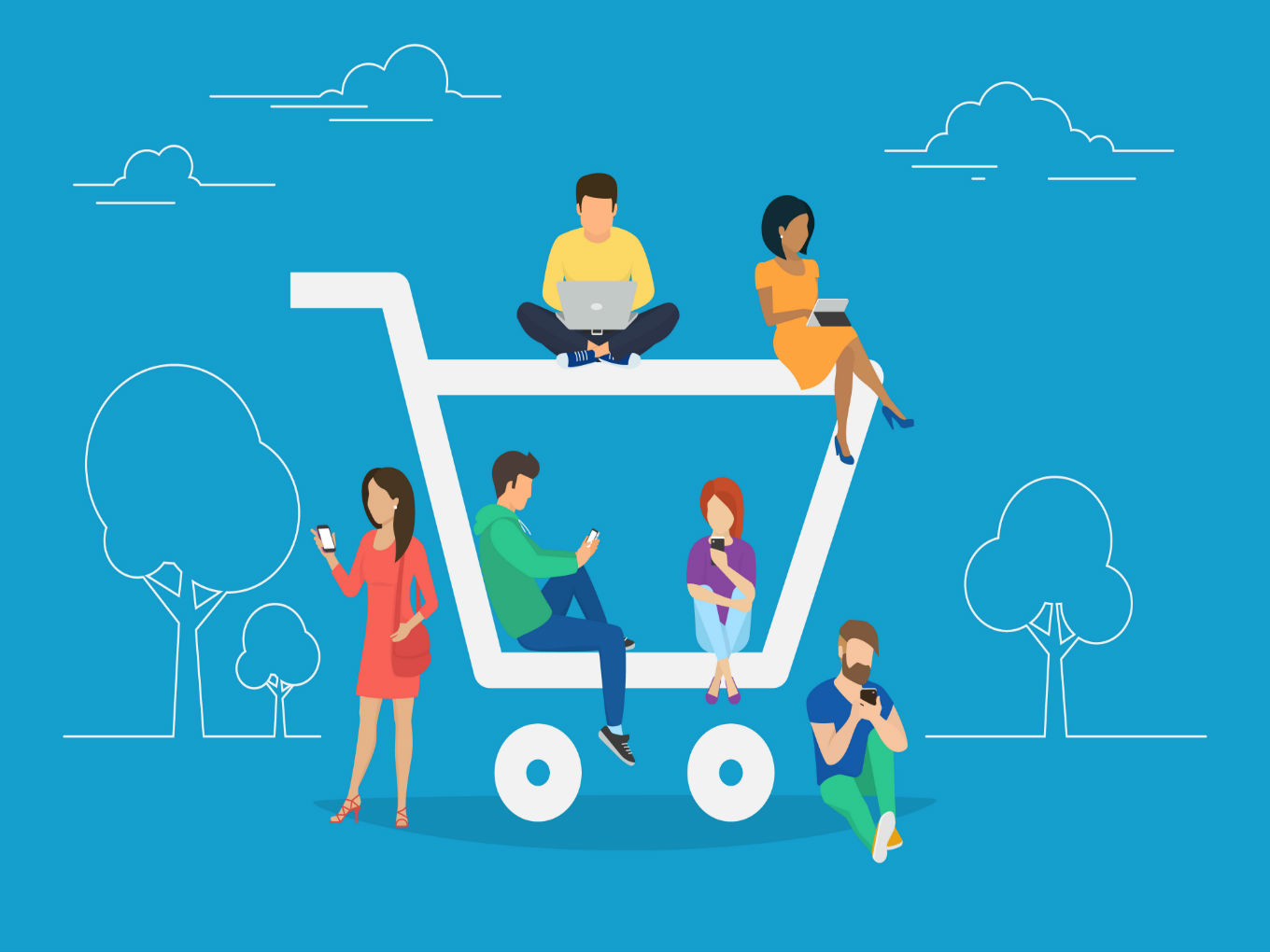 “A brand is the set of expectations, memories, stories and relationships that, taken together, account for a consumer’s decision to choose one product or service over another.” — Seth Godin, American author and former dot com business executive

With brand consciousness increasing in India, companies have been fighting a pitched battle for customer loyalty on online mediums, beyond offline merchant shops. Of course, this loyalty comes at a cost, and brands are putting aside huge budgets to nurture and maintain customer loyalty.

To understand the price of loyalty among consumer Internet firms, RedSeer Consulting recently carried out a sectoral analysis of consumer satisfaction across the industry, which showed that newer segments such as health and fitness, online ticketing, and hyperlocal services are outperforming online fashion and e-tailing.

RedSeer Consulting’s white paper analysed net promoter scores (NPS) across the industry. NPS is a key customer satisfaction metric based on how likely customers are to recommend a brand or company.

Notably, both the e-tailing and cab-hailing sectors, which together account for more than 80% of India’s consumer Internet startup landscape, had an average NPS of over 25% in Q2 2016. 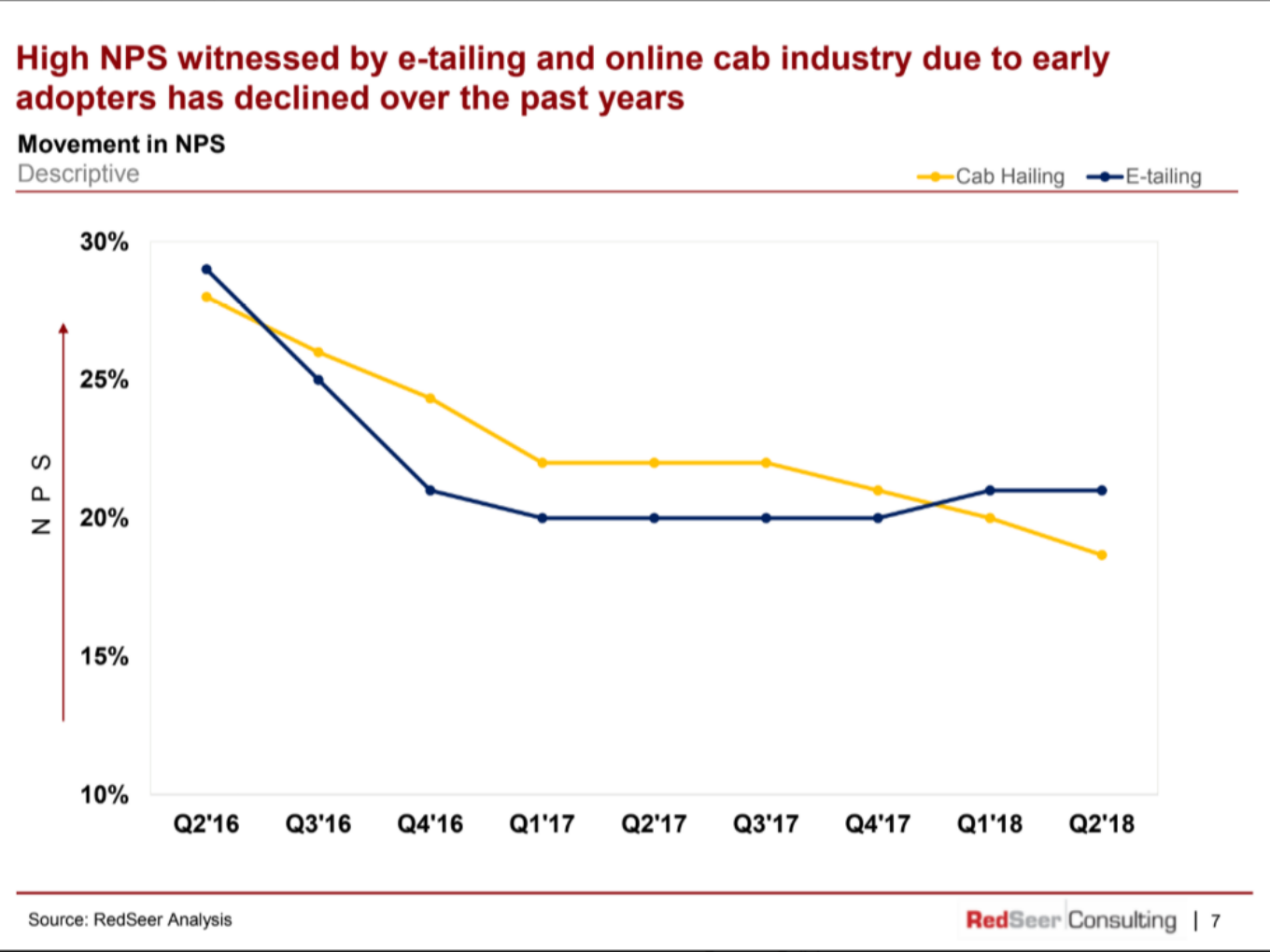 This declined to nearly 20% for the e-tailing sector and below that rate for the cab-hailing space by Q2 2018. It is to be noted that a higher rate implies increased customer loyalty and satisfaction.

The report further found that the average NPS across consumer Internet businesses is around 24%.

To understand the findings further, it must be noted that customer satisfaction and loyalty are based on two key aspects. These include meeting minimum expectations of customers and providing value-added services that exceed expectations at those price points or industry standards.

However, a customer’s minimum expectation changes over time, making certain expectations, which were once considered value additions, the minimum requirement instead.

Companies that have constantly innovated to keep providing customers with more value addition end up with higher NPS rates, according to RedSeer.

Here are a few facts from the RedSeer NPS study: 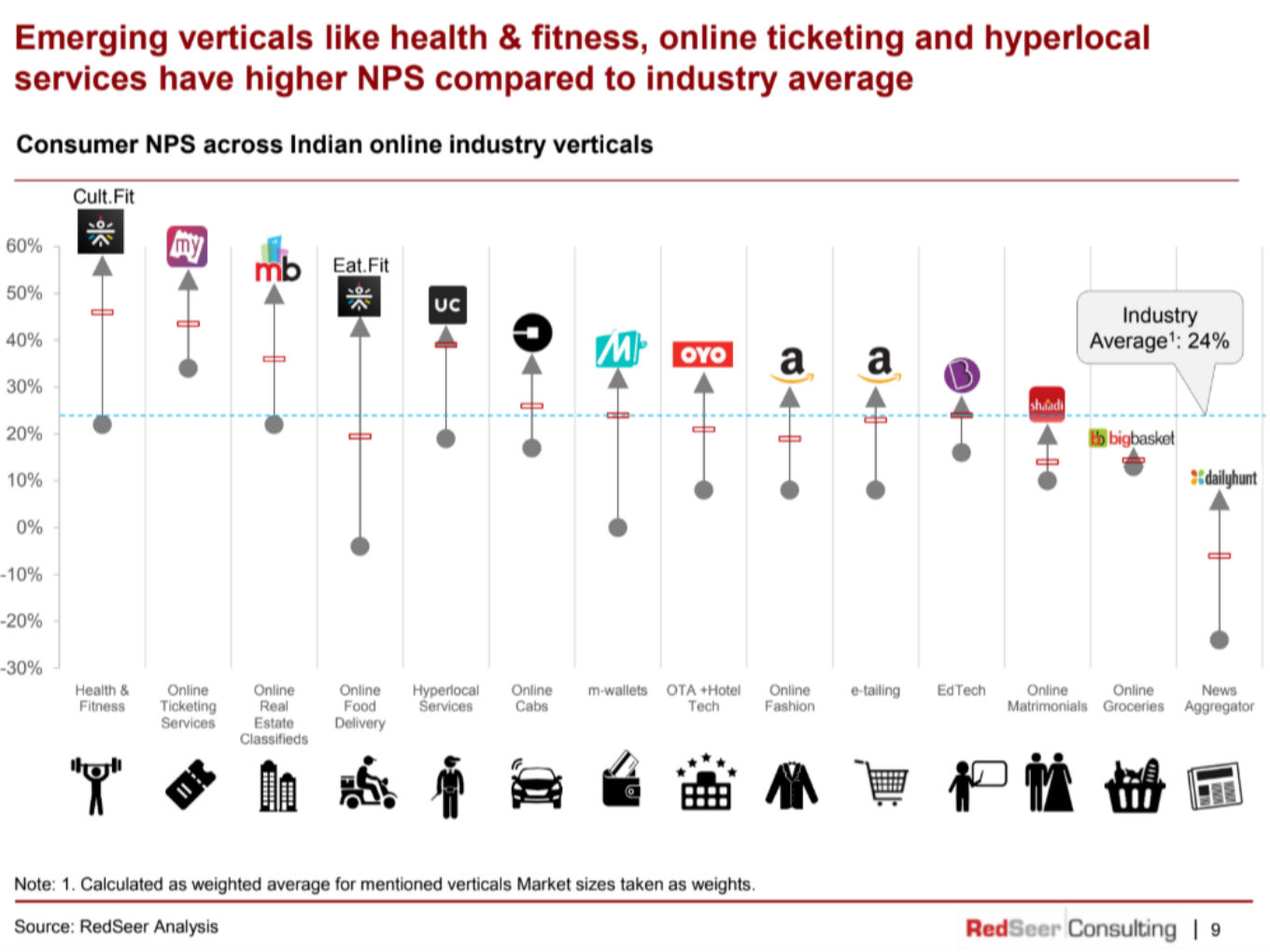 The report also highlighted some of the reasons for the success of Cult.Fit:

The report also noted that NPS for growth-stage companies is traditionally higher and attributed to the novelty in experience they provide.