Since September, several reports in Indian media outlets have highlighted incidents of unsuspecting customers being allegedly duped of their money through crypto ponzi schemes

In the past too, incidents of wealthy businessmen losing their money through fake crypto wallets have come to light

Between 2017 and 2019, Indian investors have reportedly lost more than $500 Mn to cryptocurrency scams operated within the country and abroad. 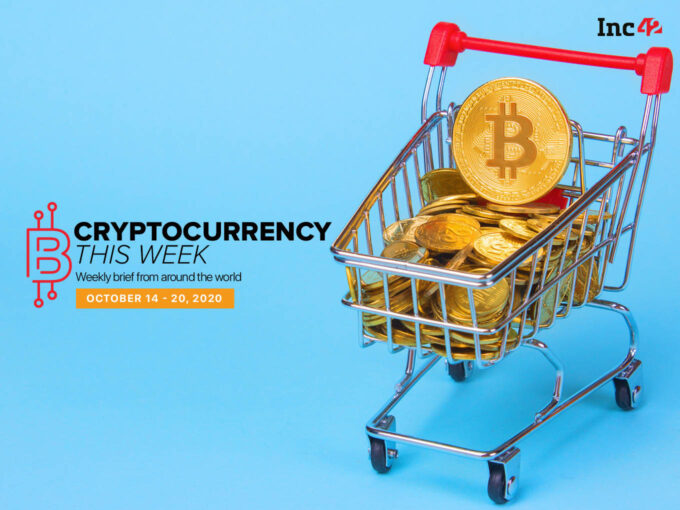 Even as crypto stakeholders in India argue against the perceived need for an outright ban on cryptocurrencies in India, reports of crypto ponzi schemes in different parts of the country continue to puncture their cause.

Since September, several reports in Indian media outlets have highlighted incidents of unsuspecting customers being allegedly duped of their money by scamsters believed to be operating crypto ponzi schemes.

In Bengaluru, the police are investigating three companies — Long Reach Global, Long Reach Technologies and Morris Trading Solutions. According to the police, these companies collected at least INR 15K each from over 11 lakh people from across the country to invest in a new cryptocurrency called Morris coin. The police have also arrested a 36-year-old man from the Malappuram district of Kerala who is the CEO of all the three entities.

After investing about INR 5 lakhs in the scheme but not receiving any payout, the complainant tried to approach the company’s officials, only to find that the exchange’s office had shifted from India to Dubai. In the preliminary investigation, it was found that the 43 complainants had invested close to INR 2 Cr in the scheme.

In the past too, incidents of wealthy businessmen losing their money through fake crypto wallets have come to light. Such platforms target users through emails and SMSes, asking them to deposit their bitcoins or other cryptocurrencies in a “new” crypto exchange to get the opportunity to trade with other users globally. Once users have deposited their crypto assets in the exchange wallet, the operator shuts down the portal, with the users losing access to their crypto earnings.

According to data quoted by cryptocurrency news platform Cointelegraph, between 2017 and 2019, Indian investors have lost more than $500 Mn in cryptocurrency scams operated within the country and abroad.

Amid continued speculation about a ban on cryptocurrencies in India, scant government regulation and no clear law for cryptocurrencies in India contributes a great deal to motivating scamsters in the space. Further, a lack of awareness about digital currencies amongst the public is also a factor. While there is a case to be made about scamsters in the space soiling the name of several genuine and well-meaning crypto exchanges trying to pioneer a crypto revolution in the country, scamsters’ potential for stitching elaborate frauds under the guise of running a crypto exchange can’t be ignored either.

Besides ponzi schemes, other notable modes of crypto scams include fake altcoins (cryptocurrencies other than bitcoin) being made available at attractive prices on certain crypto exchanges. Those who find bitcoin and the popular cryptocurrencies expensive are drawn to these altcoins, only to find that the new coin isn’t a genuine cryptocurrency, something that’s sooner than later discovered by the relevant authorities. Such fake coins are routinely removed from circulation. However, by the time that happens, millions of dollars worth such fake coins have already been sold to users.

The easiest way to identify a crypto scam is to realise when “offers” and “assured interest returns” on an unheard-of cryptocurrency sound too good to be true.

Sumit Gupta, the founder and CEO of Indian crypto exchange CoinDCX, has said in the past that the surging popularity of cryptocurrencies in India would only give rise to more such fraudulent schemes.

To guard against such frauds, Gupta suggested that users should conduct their due diligence before working with cryptocurrencies. This can be done by finding out whether the mobile app for the crypto wallet is linked to an official website for the platform. Further, users should peruse other users’ comments, reviews and feedback for the app on the internet and the Google Play Store. The number of users and downloads are other important metrics to go by before trusting a platform.

The most important factor in judging a crypto scheme’s authenticity still rests in judging whether schemes promising implausible returns can ever come through. While crypto enthusiasts and seasoned traders will always stay clear of fraudulent schemes, those new to the ecosystem can do well with internet-based research before depositing their money in new platforms or buying new cryptocurrencies. 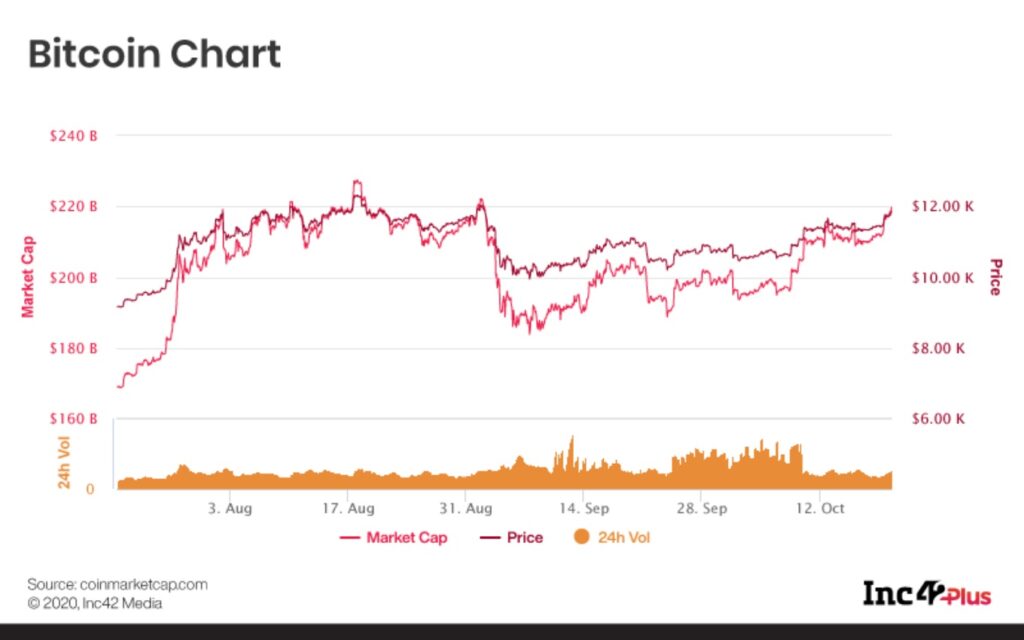 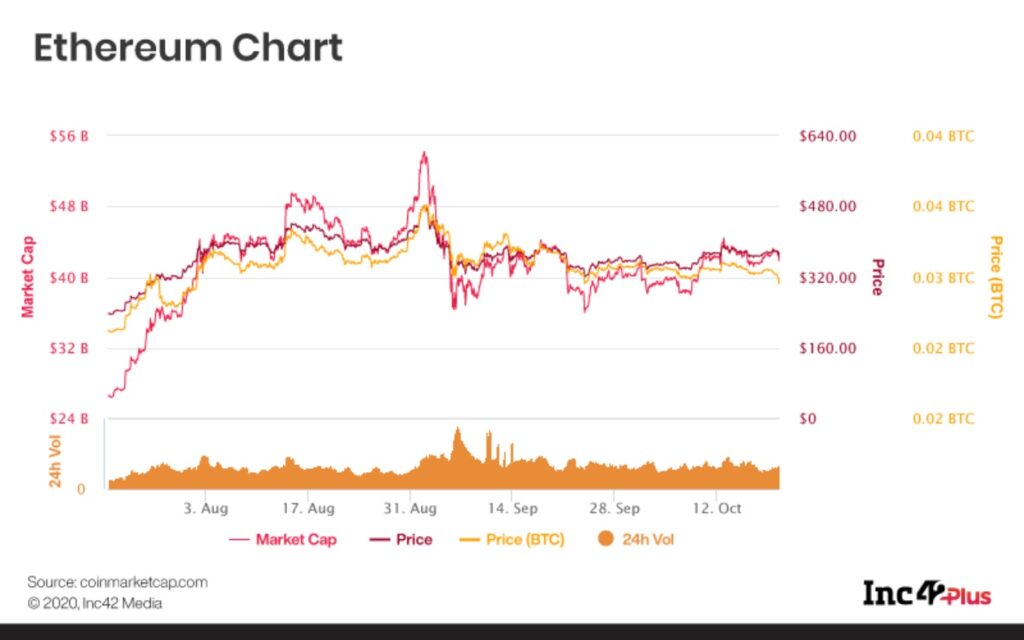 Crypto More Popular Than Gold For Investment In Russia

A recent report by the World Gold Council, a major market development organization for the gold industry, highlighted that crypto was the fifth-most popular investment tool in Russia, behind savings accounts, foreign currencies, real estate and life insurance. Ranked next to crypto is gold, both accounting for 17% and 16% respectively of active investments made by those surveyed by the World Gold Council. The report is based on a survey of 2,023 online interviews with investors from cities across Russia. The respondents are “active investors” — those who made at least one investment in the 12 months preceding the survey. You can read the full report here.

A report notes that Bitcoin’s dominance among cryptocurrencies in terms of trading volume is hitting away at the prolonged craze for Decentralised Finance or (DeFi) in the market. While market cap dominance remains below 60%, earlier this month, the trading dominance of BTC has spiked to levels not seen since 2017 when the price hit an all-time high at $20,000. With Bitcoin’s trading volume increasing, the global trend suggests that the market for DeFi tokens or altcoins to slump. It remains to be seen whether this trend will affect the Indian crypto market, where crypto exchange platforms have just started developing decentralized exchange platforms. You can read the full report here.