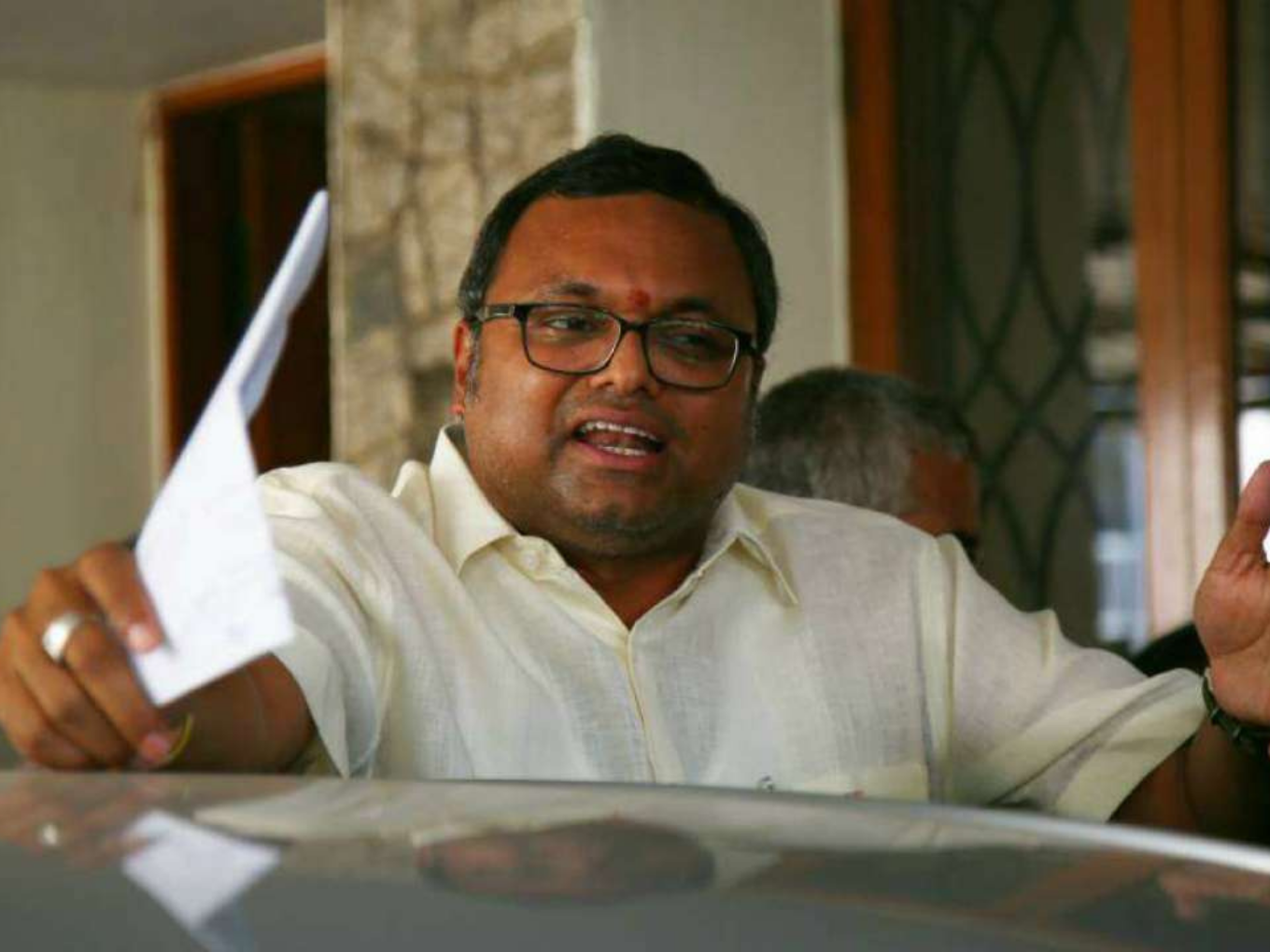 The Congress leader and MP had raised the matter in Parliament and would pursue it further, he tweeted

Criticising foodtech giant Zomato’s announcement to launch a 10-minute food delivery service, Congress MP Karti Chidambaram has said its new plan is absurd and would pursue the matter in Parliament.

“This is absurd! It’s going to put undue pressure on the delivery personnel, who are not employees and who have no benefits or security, who have no bargaining power with Zomato,” tweeted Karti Chidambaram.

“I have raised this in Parliament and have written to the government. Will pursue this further,” he tweeted. 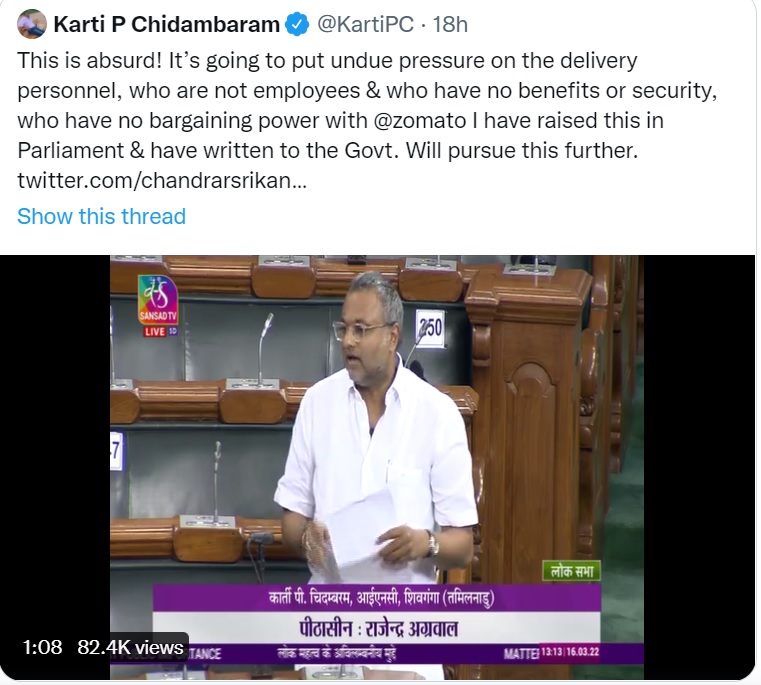 Chidambaram’s reaction came after Zomato founder Deepinder Goyal confirmed in his blog on March 21, 2022 that the foodtech giant is planning to introduce a 10-minute food delivery service, Zomato Instant.

“I started feeling that the 30-minute average delivery time by Zomato is too slow, and will soon have to become obsolete. If we don’t make it obsolete, someone else will. Innovating and leading from the front is the only way to survive (and therefore thrive) in the tech industry. And here we are… with our 10-minute food delivery offering – Zomato Instant,” Goyal said.

According to Goyal, the fulfillment of his quick delivery promise relies on a dense finishing stations’ network, which will be located in close proximity to high-demand customer neighbourhoods.

Zomato Instant will be first launched in Gurugram with four stations from the next month onwards, according to the blog.

The announcement comes just a few days after it was reported that Zomato was in talks with several existing restaurant partners and cloud kitchens to roll out its ultra-fast 10-minute food delivery service.

Before this, the foodtech had briefly piloted a quick food delivery plan in Bengaluru last year, where it aimed to deliver food within 15 minutes, and the model served as a base for the current programme.

Zomato Founder’s Clarification Over The Outrage

Following a backlash on Twitter over Zomato’s announcement on Monday about the launch of ‘instant 10-minute food delivery service’, the foodtech giant’s founder on Tuesday issued a clarification.

Deepinder Goyal on Tuesday tweeted, “Hello twitter, good morning. I just want to tell you more about how 10-minute delivery works, and how it is as safe for our delivery partners as 30-minute delivery. This time, please take 2 minutes to read through this (before the outrage).” 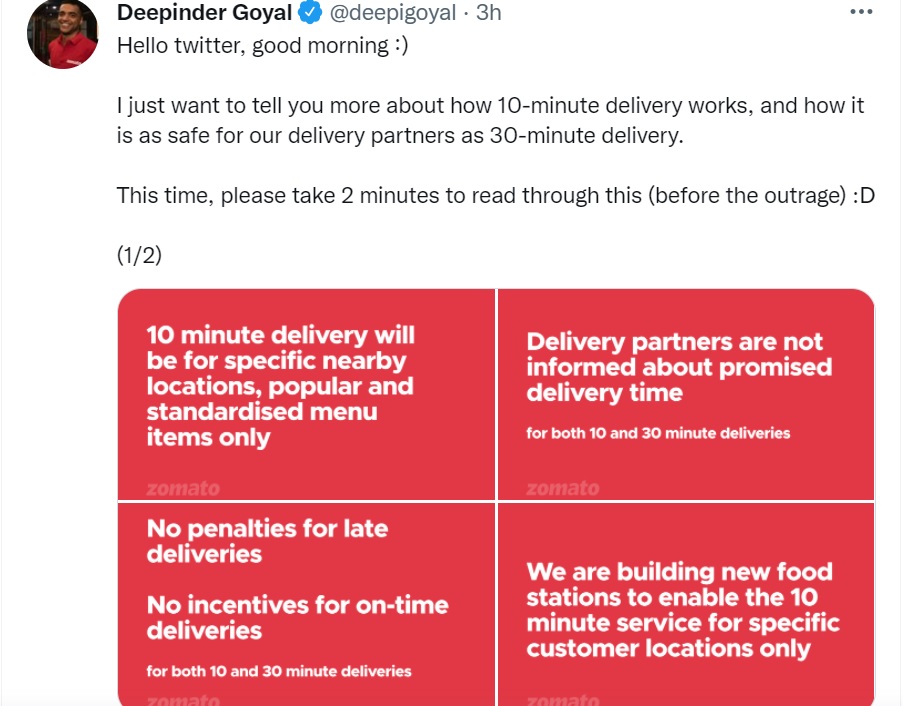 Each of Zomato’s finishing stations, the backbone of Zomato Instant, will comprise some of the bestseller items, about 20-30 dishes from different restaurants based on demand predictability and hyperlocal preferences, as per the blog.

However, the food dishes would only comprise readily-deliverable items that do not require elaborate preparation. Further, customers living in not more than a radius of 2 kms from the stations, would have access to the Zomato Instant food delivery service.

The foodtech giant would use demand prediction algorithms to better ensure a quick delivery. Zomato expects the demand predictability would also reduce the price for the customers.

It further intends to ensure that the price margin and income of restaurant partners and delivery partners remains the same.

Meanwhile, in a major announcement last week, the online grocery unicorn Blinkit (formerly Grofers) is all set to merge with Zomato in a share-swap deal.

Blinkit competes with the likes of Swiggy’s Instamart, BigBasket, Dunzo in the quick commerce space, while companies like Amazon and Flipkart are also experimenting with quick deliveries of grocery and household items.