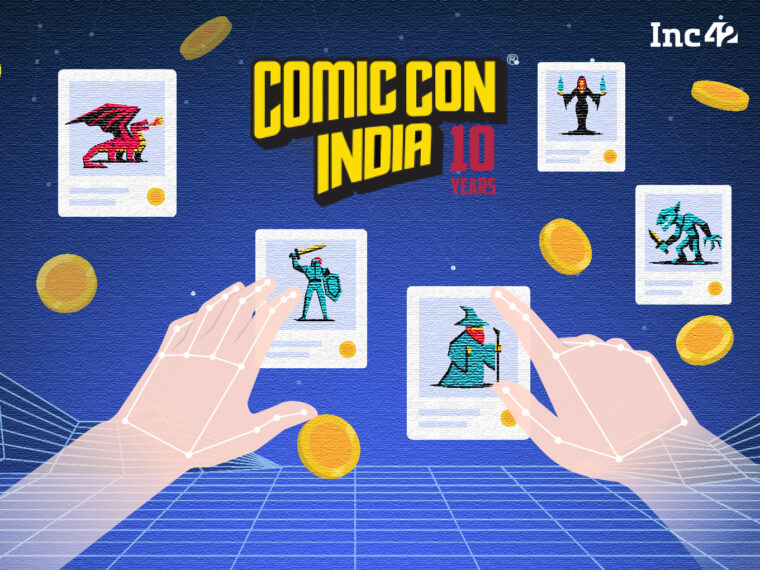 Comic Con India said it will be venturing into the metaverse with the launch of ‘The Non Fungible League’, a series of digital collectibles

The league will be based on the Ethereum blockchain and has plans to launch a series of collectibles, which would mark the CCI’s debut in the metaverse

The first character-based collection will launch in the coming weeks, with a mascot called ‘The Non Fungible Man’ already under development

Comic Con India (CCI), the Indian chapter of the pop culture community, on Wednesday announced that it will be venturing into the Metaverse with the launch of ‘The Non Fungible League’, a series of digital collectibles.

The CCI said that the league will be based on the Ethereum blockchain and has plans to launch a series of collectibles, which would mark its debut in the metaverse. It said that the first character-based collection will be launched in the coming weeks.

In a very Comic Con fashion, the CCI has made a character for The Non Fungible League. Dubbed ‘The Non Fungible Man’ and created by Abhijeet Kini, a comic illustrator and animator, the character will represent the initiative as a mascot.

Comic Con India Director Karan Kalra said, “The metaverse and the burgeoning world of Web3 is the next big thing, therefore we wanted to create a collection that bridged the gap between Web3 and pop culture. The plan is to create long-term value for all those signing for our league.”

Comic Con India founder Jatin Varma said, “Our aim is to generate value for collectors joining our league, with tentatively multiple character drops in the future, development of this IP into animation, comics and of course hosting our events in the Metaverse. The key is long-term value.”

Founded 10 years ago in February 2012, Comic Con India hosts pop culture shows across the country. It claims to attract more than 200K fans annually and has a digital audience of more than 20 Mn.

Comic Con India said it will launch a league of characters that will eventually exist in the Metaverse. Further, it will add more projects as the league expands, including crossovers into comic books, animation, and a live-action series.

India And The Metaverse – Still In The Courtship Phase

Hundreds of startups are working in the Metaverse, NFTs and other related digital applications that come under the ambit of Web3.

The Metaverse has been marketed as a great opportunity. As per a report by Goldman Sachs, the total market opportunity could be as high as $12.46 Tn globally over the next two decades.

However, the industry sentiment is rather mixed.

Speaking during a fireside chat with Inc42 cofounder and CEO Vaibhav Vardhan at The Makers’ Summit 2022, Zoho founder and CEO Sridhar Vembu informed that Zoho uses blockchain for some of the products like digital signatures, claiming that it is very useful in that sense.

Vembu declined to state his views on metaverse, saying, “I really have nothing to say.”

On the other hand, at the same event, Sanjeev Barnwal, founder and CTO of Meesho, said, “Metaverse, I personally believe, can be a game-changer for ecommerce… but it’s a few years away”.