In a recent blogpost, Bollywood actor Amitabh Bachchan had indicated that he is reconsidering a recently signed ad campaign with the crypto trading platform

The company had said that Amitabh Bachchan “will be the face of the new campaign, which will focus on popularising crypto as an asset class. Indians have recently taken a liking to invest in crypto.” 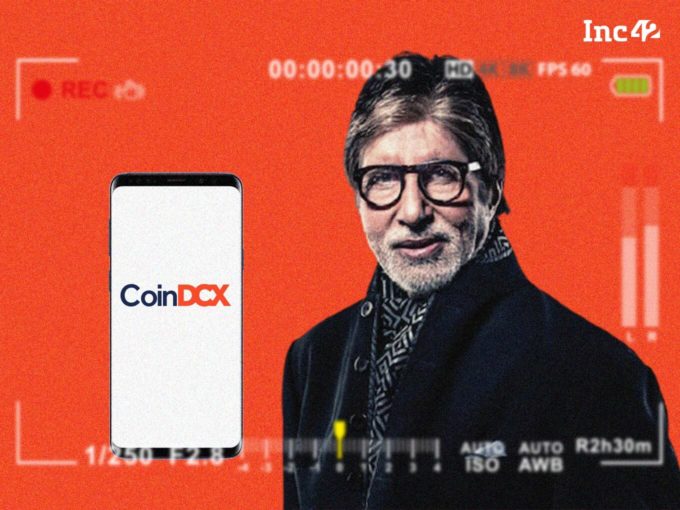 Due to the lack of clarity on the regulation and policy framework, CoinDCX has put its advertisement campaign with Amitabh Bachchan (as its brand ambassador) on hold.

In a recent blogpost, Bollywood actor Amitabh Bachchan had indicated that he is reconsidering a recently signed ad campaign with the crypto trading platform.

“.. the other being a rapidly growing business of crypto and the endorsement signed, but on the verge of second thoughts, despite SC and RBI permits of operation .. albeit in a private capacity ..

.. but the thought for me was that if things were to go wrong then the target of blame would come on me .. so withdraw ..

but the generosity of the client to wait till there is formal approval for operations and their will to do it with me .. ONLY .. obliged and humbled  ..” he wrote.

In the same blogspot, he also spoke of his decision to withdraw from his endorsement of pan masala brand Kamla Pasand.

Incidentally, the actor is also associated with the RBI as the brand ambassador of the ‘RBI Kehta hai’, a public awareness initiative of the central bank aimed at educating the public about its regulations for enhancing the quality of customer service in banks.

Responding to Inc42, a CoinDCX spokesperson said, “We continue to be associated with Mr. Bachchan for our campaign. We will keep you posted if there are any developments around this.”

The development comes a few days after the crypto unicorn had announced its partnership with the Bollywood actor. The company had said that Amitabh Bachchan “will be the face of the new campaign, which will focus on popularising crypto as an asset class. Indians have recently taken a liking to invest in crypto.”

“Through Mr. Bachchan, CoinDCX wants to convey that it is at the forefront when it comes to the safety of its users and being compliant with all the regulations. In addition, the brand aims to educate prospective users about the crypto space,” the company had said in its statement.

Despite the rising number of crypto investments and users, the Indian government has not announced a comprehensive policy on cryptocurrencies and assets. The government, however, is expected to table the Cryptocurrency Bill in the upcoming winter session of the Parliament.

The draft bill is likely to treat cryptocurrencies as an asset or a commodity.

In August, Finance Minister Nirmala Sitharaman said that the Cabinet approval on the crypto bill is still awaited.

Last month, the Finance Ministry constituted a group to examine the scope of taxation on income made from cryptocurrency trading. The committee is mandated to examine if the income from trading in cryptocurrencies can be taxed as capital gains or a new category should be formed.

RBI defines CBDC as a legal tender and a central bank liability in digital form denominated in a sovereign currency and appearing on the central bank’s balance sheet.

CBDCs have been proposed and introduced across several countries as stable and authorised alternatives to private digital currencies like Ethereum and Bitcoin. In January, RBI had first noted that it was exploring whether there is a need for a digital version of a fiat currency and in case there is, how it can be operationalised.

The cryptocurrency market in India has been growing at a robust pace despite the lack of clarity in policy.

The investment in cryptocurrencies grew from nearly $923 Mn in April last year to $6.6 Bn in May this year in India. According to a recent report by blockchain data platform Chainalysis, India currently ranks second out of 154 nations in terms of cryptocurrency adoption.

India has more than one crore crypto investors, and the number is significantly growing every day, with several domestic crypto exchanges operating in the country. The sector has also produced two unicorns — CoinSwitch Kuber and CoinDCX.