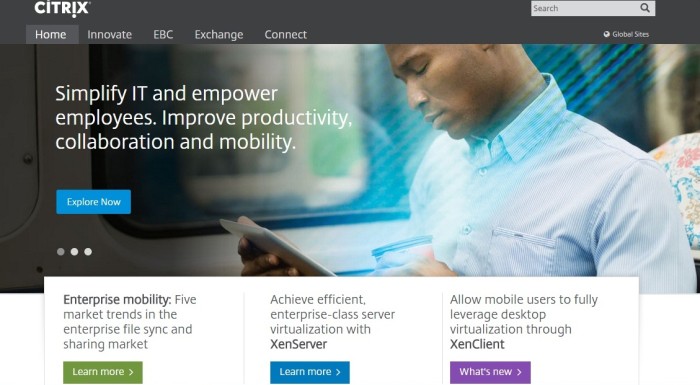 Citrix, a US based cloud solution provider has announced the graduation of the first batch of its startup innovators’ programme in India.

Launched in August 2014, the Citrix programme focuses on both entrepreneurs and intrapreneurs, and has a total of nine teams including five internal teams and four external ones.

It has given a combined grant of $10,000 (around INR 6.2 lakh) to the four external teams whereas the internal teams are  being supported as employees.

Following are the set of  four external teams Funded at Citrix Innovator Program:

The five internal startups have been given a three-month sabbatical even as they continue to receive their pay and benefits. These include:

“The core focus of the startup accelerator programme is to enable entrepreneurs create the next wave of disruptive technologies .India is a gold mine of talented startups, and these nine teams are a testament to this very fact,” said John McIntyre, managing director of Citrix Startup Accelerator.

A plethora of startup incubator have thronged the indian market with marquee names such as Microsoft Accelerator, Target, Google’s Startup Launchpad  propping into the startup nurturing arena in recent years, in view of the rapidly expanding ecosystem. As per industry body Nasscom, India is the third largest base of startups in the world with over 3,100 such companies. The industry body estimates India to add over 800 startups each year and have around 11,500 startups by 2020, employing over 2,50,000 persons.