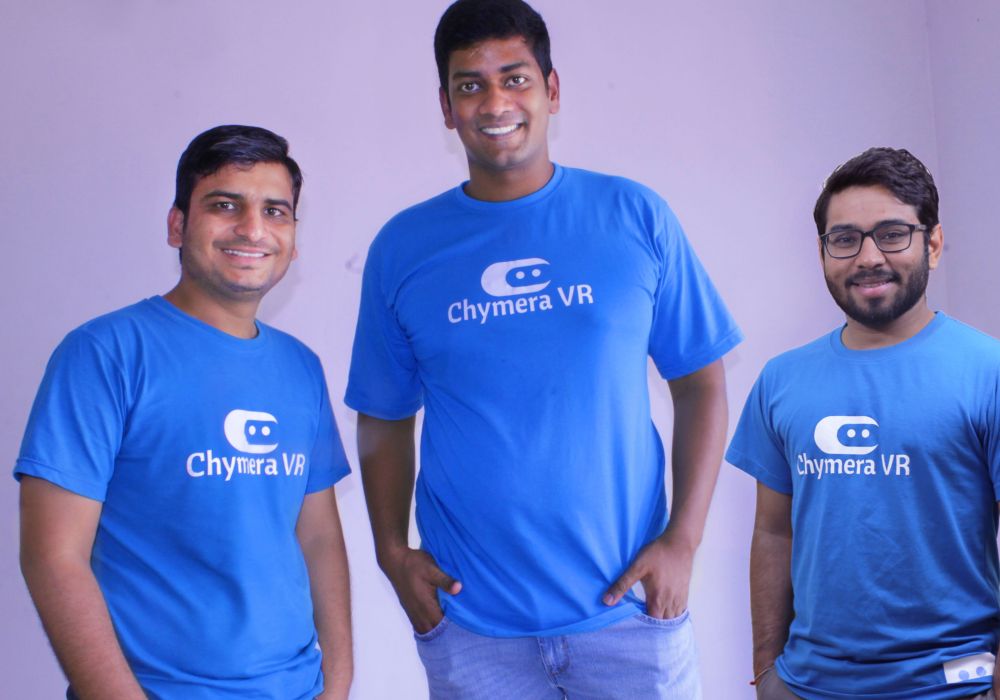 San Francisco and Bengaluru-based Chymera VR has raised an undisclosed round of angel funding from a clutch of investors including Anupam Mittal, CEO of People Group, Varsha Rao (Airbnb, LivingSocial), Surojit Chatterjee (Google), Nirav Choksi (HHC Holdings) and others. The deal was facilitated by angel network LetsVenture.

The platform will utilise the funds to amp up operations in Bengaluru while expanding the client base, primarily in the US.

Chymera VR was founded in early 2015, as a virtual reality-driven advertising platform by two IIT Bombay alumni Sushil Kumar and Smeet Bhatt and were later joined by Robin Philip, in August 2016.

Commenting on the product, Robin Philip stated, “We beta-launched an SDK (software development kit) for Samsung Gear VR headsets in February 2017. By integrating the SDK in their apps, publishers will be able to access our inbuilt ad server network in order to provide ads for their users.”

The company aims to provide a technology solution in the form of an ad network server to advertisers and brands that want to leverage VR as a storytelling and brand-building platform. The business model is programmatic advertising, where highly immersive and engaging Chymera ads are integrated by VR developers within their content. Revenue is earned for each ad served, by charging a commission for the same.

As per an official statement, data suggests that these ads have generated 60% higher click-through rates (CTR) and 200% higher CPMs, as compared to 2D mobile ads.

As per co-founder Sushil Kumar, VR headsets provide a unique set of never before captured data. This data is then used to serve relevant, non-intrusive ads a much-needed step in this era of instant ad-blockers. The company has also tied up with about 12 publishers across the UK, US and France who are exhaustively beta-testing the SDK.

A formal launch is expected to take place in August 2017.

Commenting on the investment, Anupam Mittal said, “Historically, adtech pioneers like DoubleClick, AdMob and LiveRail start early, build a scalable tech platform and capture early publishers. Soon, the market reaches an inflection point where their customer base expands exponentially. Chymera has worked for a considerable time with the early VR community in Silicon Valley and is well-equipped with talent to become a valuable player in VR adtech.”

As per this report by CNBC, it has been predicted that VR could become larger than mobile, in that it possesses longevity to become a key component in experiencing the world for communication. And one way for struggling VR publishers to generate revenues is to utilise non-intrusive, immersive, and experiential ads on the platform.