The Lifestyle Brand Will Be Utilising The Financing To Expand Overseas, Starting With Hong Kong Next Year 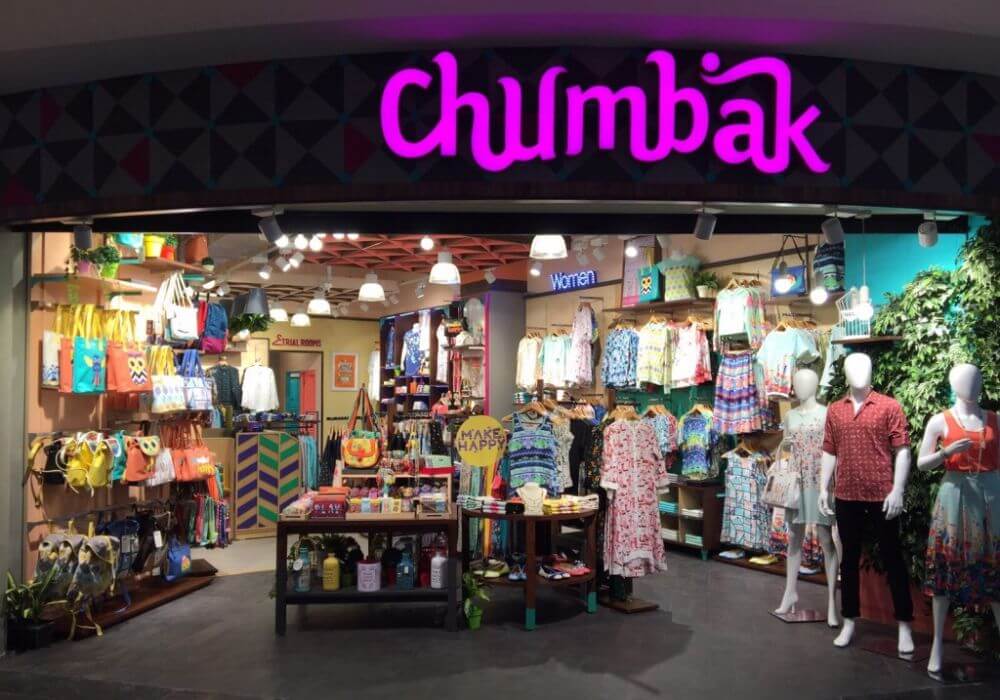 Narayan Ramachandran, Operating Partner at Gaja Capital, also joined the funding round in Chumbak. According to sources close to the development, the Mumbai-headquartered PE firm has pumped a total of $8 Mn (INR 52 Cr) in the startup, while Matrix Partners and Seedfund have invested $3.4 Mn (INR 22 Cr) and $931K (INR 6 Cr) respectively.

Commenting on the fundraise, Gopal Jain, Managing Partner at Gaja Capital said, “There are very few design-driven, lifestyle brands in India, and that’s what makes Chumbak a unique investment from our perspective.”

As stated by Chumbak co-founder Vivek Prabhakar, the investment will be used to bolster the company’s product portfolio and deepen its penetration in the top five to six Indian metro cities. To that end, it is also eyeing offline tie-ups with large departmental chains.

Prabhakar added, “We are thrilled to have Gaja Capital on board to add to the great expertise that Matrix Partners have brought us in the last few years. The focus now is on growing our channels with the expansion of our store presence across the country and building our online presence. We are looking into some brand new categories like personal care and excitement and energy levels are extremely high across the team. We also plan to enter overseas markets such as Indonesia, Malaysia Singapore and Hong Kong by the second quarter of the calendar year 2018.”

Chumbak: Journey From 2010 To Present

Chumbak was started in early 2010 by husband-wife duo Vivek Prabhakar and Shubhra Chadda, with the idea of creating colourful souvenirs with an Indian theme. By 2013, it diversified the portfolio from refrigerator magnets to phone/laptop cases, coffee mugs, accessories, home décor and now apparel for men and women.

Chumbak started with pop-up shops or kiosks in 2013, after which it scaled up to over 35-40 stores across 10 cities, largely located in malls and high footfall areas. However, with the startup altering its strategy to focus on building brands, it later phased out all the kiosks.

Until 2014, Chumbak specialised in two main categories: accessory and home décor, which accounted for 40% and 60% revenue, respectively. In October 2015, the company announced its foray into the apparel market with the launch of a new range under Collection One.

At the time, it was reported that the lifestyle startup was fostering partnerships with major online marketplaces such as Myntra, Amazon, Jabong, Koovs and app-only fashion discovery properties like Raposo, Wooplr and Vonik.

Post the launch, the startup reported a jump in online sales, through ecommerce marketplaces as well as its own web store. At present, apparel and fashion accessories categories account for nearly 50% of the company’s total sales. Currently, Chumbak also retails products in over 100 categories across 17 physical stores in a number of Indian cities, including Delhi/NCR, Mumbai, Hyderabad, Pune, Chennai, Chandigarh, Kochi and Jaipur.

Till date, the company has reportedly raised $19.2 Mn (INR 124 Cr). The company had earlier secured an undisclosed investment from Matrix Partners in 2014. Prior to that, in 2012, it had raised roughly $2 Mn from Seedfund India. As per filings with the Ministry of Corporate Affairs (MCA), it posted total revenue of $7 Mn-$7.7 Mn (INR 45 Cr-INR 50 Cr) during FY17.

Gaja Capital: Managing Over $500 Mn In Assets Across Three Funds

Established in 2004, Gaja Capital is a mid-market PE firm that primarily focuses on the consumer segment, with an emphasis on the education, financial services, consumer and healthcare sectors.

At present, the firm claims to manage assets worth more than $500 Mn, across its three investment vehicles. In March 2016, it announced the close of its third fund at $240 Mn. Backed by the International Finance Corp, US-based corporate pensions, state pensions, fund of funds, family offices and financial institutions, the Gaja III fund has previously been used to pour $9 Mn (INR 60 Cr) in Bakers Circle and another $9.7 Mn (INR 65 Cr) in SportzVillage, among others.

With an average ticket size ranging between $5 Mn-$40 Mn, the fund usually backs ventures that are around 7 to 10 years old and have been set up by first generation entrepreneurs. The funding in Chumbak marks the fund’s sixth transaction.

Interestingly, the latest investment is also Gaja’s third funding round in a woman-led venture Prior to this, it had backed Hardika Shah-headed Visage Holdings and Finance, which owns and operates NBFC Kinara Capital. Additionally, it has invested in Kangaroo Kids Education, a pre-kindergarten and K-12 school chain led by Lina Ashar.

Jain added, “This reflects our belief in meritocracy. It also reflects, in some way, the changing nature of the consumer, and there are more companies being created by women in India.”

With the $13 Mn funding from Gaja Capital, Matrix Partners and Seedfund, design-led lifestyle brand Chumbak is looking to chart out an international presence, starting with Hong Kong next year.