The funding round has been led by Republic Crypto, Galaxy Digital, Alameda Research, and Solana Capital

With the fundraise, the startup has also announced that it has partnered with public blockchain platform Solana for its social token dubbed as $GARI 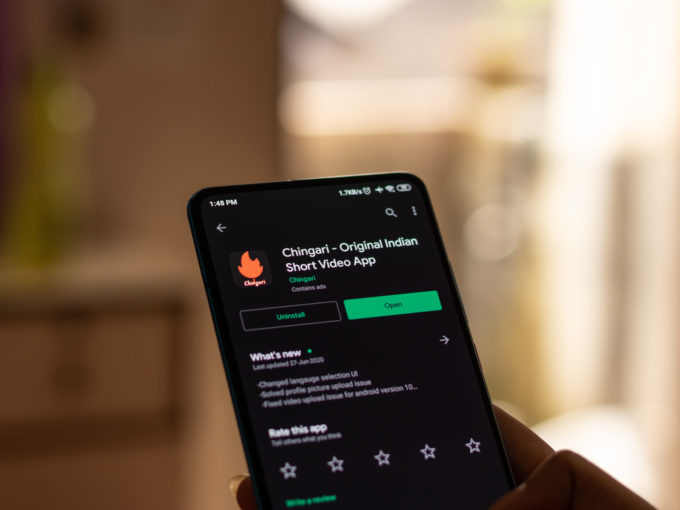 Last month, Inc42 had exclusively reported that Chingari would be raising $15 Mn in the Series A extension round at a pre-money valuation of $70 Mn.

According to Inc42 sources, the current round brings the company’s valuation close to $100 Mn.

With the fundraise, the startup has also announced that it has partnered with public blockchain platform Solana for its social token dubbed as $GARI.

According to the company, the token, a critical piece of the platform, will enable creators to set up their own ecommerce space for physical merchandise, NFT creations, and the ability for fans to fund their favourite artists.

Social tokens are blockchain-based initial coin offerings (ICOs) that connect the creators and consumers of content without an intermediary in the transaction. Plugged into the existing community-building efforts around the creator — fans buy or transact in the tokens, in exchange for exclusive content, merchandise, etc. — they help in driving actual value creation.

Chingari, which claims to have 75 Mn downloads across Google Play Store and Apple’s App Store with 30 Mn monthly active users (MAUs), is currently building on Solana and doing social tokens on the platform in Blockchain, Solana’s Raj Gokal mentioned during The Crypto Summit by Inc42 Plus.

“Collective ownership of social platforms like Chingari has the potential to upend the creator-platform relationship and unlock new monetisation models for creators,” he added.

The funds raised in the token round will be used to develop the platform including the testing of the blockchain live, the beta integration, and the upcoming $GARI token sale. The sale will go live on October 16, sources close to the development told Inc42.

Launched in 2018, by Aditya Kothari, Biswatma Nayak, Deepak Salvi, Sumit Gosh, Sumit Gosh Chingari is a social media platform where users can upload videos, chat with friends, interact with new people, share content, browse and others. The platform gives points to its content creators and these points can be redeemed for money.

Prior to this round, in April 2021, Chingari had raised $13 Mn led by mobile entertainment company OnMobile with participation from Bollywood actor Salman Khan.

Chingari hogged the limelight when the Indian government banned the Chinese short video platform TikTok on the grounds of national security. The startup at present has 3.5 Mn daily active users (DAUs) and it directly pits against other Indian short-video platforms such as Mitron, Trell, Roposo, and ShareChat, among others.

Ghosh, in response to the round, said that the future of a platform lies in its creators.

“On one side, we have an immense talent pool that needs to be explored and rewarded with an ethical amount of monetisation. On the other side, while crypto experiences a rapid expansion in India, $GARI is poised to make it mainstream. We are infusing the two, through robust strategies and incorporation of the most-promising industry advances,” he said.