Xiaomi comprised 26.1% market share with 13.1 Mn shipments, whereas Samsung replaced Vivo with 10.2 Mn units and took a market share of 20.4%

In total, Chinese vendors had 76% of total smartphone shipments this quarter as compared to 74% last year.

The top vendors like Xiaomi, Samsung, Vivo, Realme and Oppo saw an uptick in their shipment in the third quarter against last year 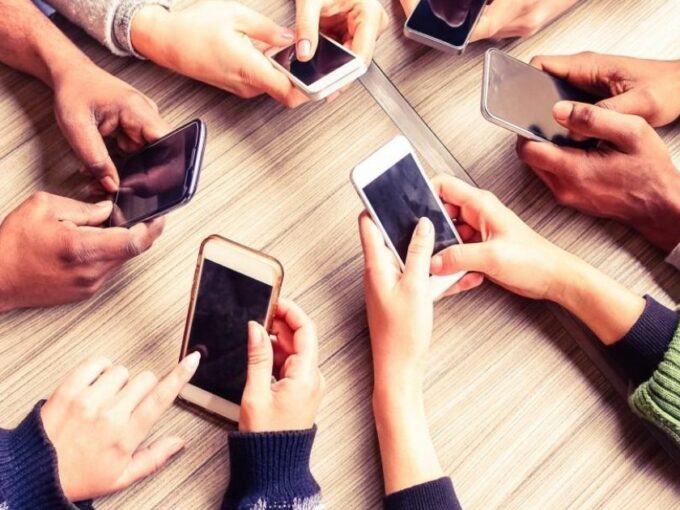 The anti-China narrative in India holds no water in the smartphone segment, as a recent survey shows that Chinese smartphones hold 76% market share. Sales in the segment touched an all-time high in the country with 50 Mn units in the September quarter.

In total, Chinese smartphone vendors had 76% of total smartphone shipments this quarter as compared to 74% last year, the report said.

The ongoing festive season sale is only adding more numbers to the figure.  “Smartphone shipments in India recovered in Q3 2020, posting 8% growth to 50 Mn units (from 46.2 Mn units in year-ago period). This is an all-time record for smartphone shipments in a single quarter in India,” research firm Canalys said in a statement.

According to the report, the top vendors like Xiaomi, Samsung, Vivo, Realme and Oppo saw uptick in their shipment in the third quarter against last year. 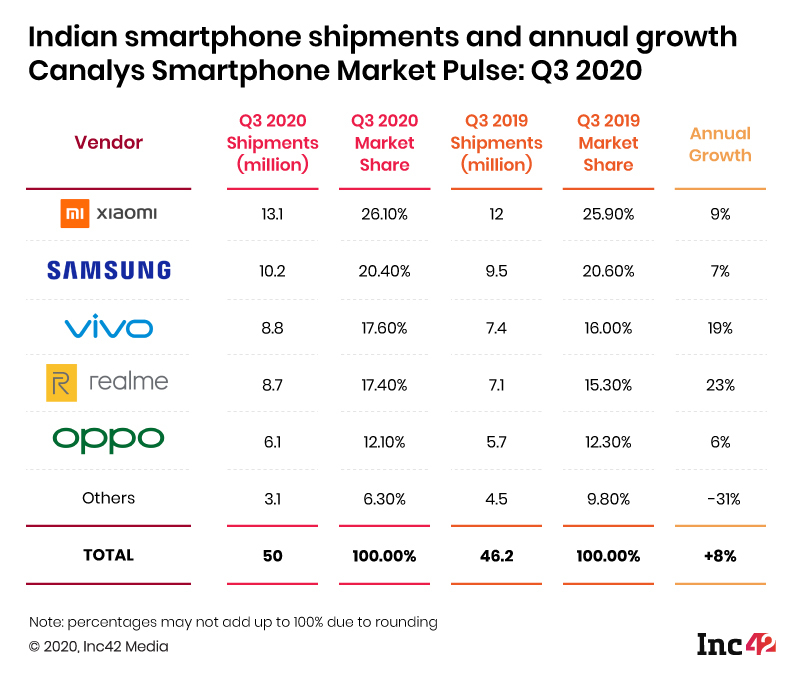 “Ongoing tension between India and China has been a hot topic in the past few months, but we have yet to see a significant impact on purchase decisions of mass market customers,” said Canalys Research Analyst, Varun Kannan.

He further said that the brands are acting more conservatively as they reduce their marketing spend in India and are constantly trying to work on their image that they are important contributors to, and stakeholders in, the economic future of India.

According to a report, the Chinese brands market share hit a record of 72% for 2019. In 2019, Chinese brands including Xiaomi, Realme and OnePlus increased their offline points of sale, while brands like Vivo have expanded their online reach with Z and U series, said Anshika Jain, research analyst at Counterpoint highlighting the growth of Chinese smartphone manufacturers in the country.