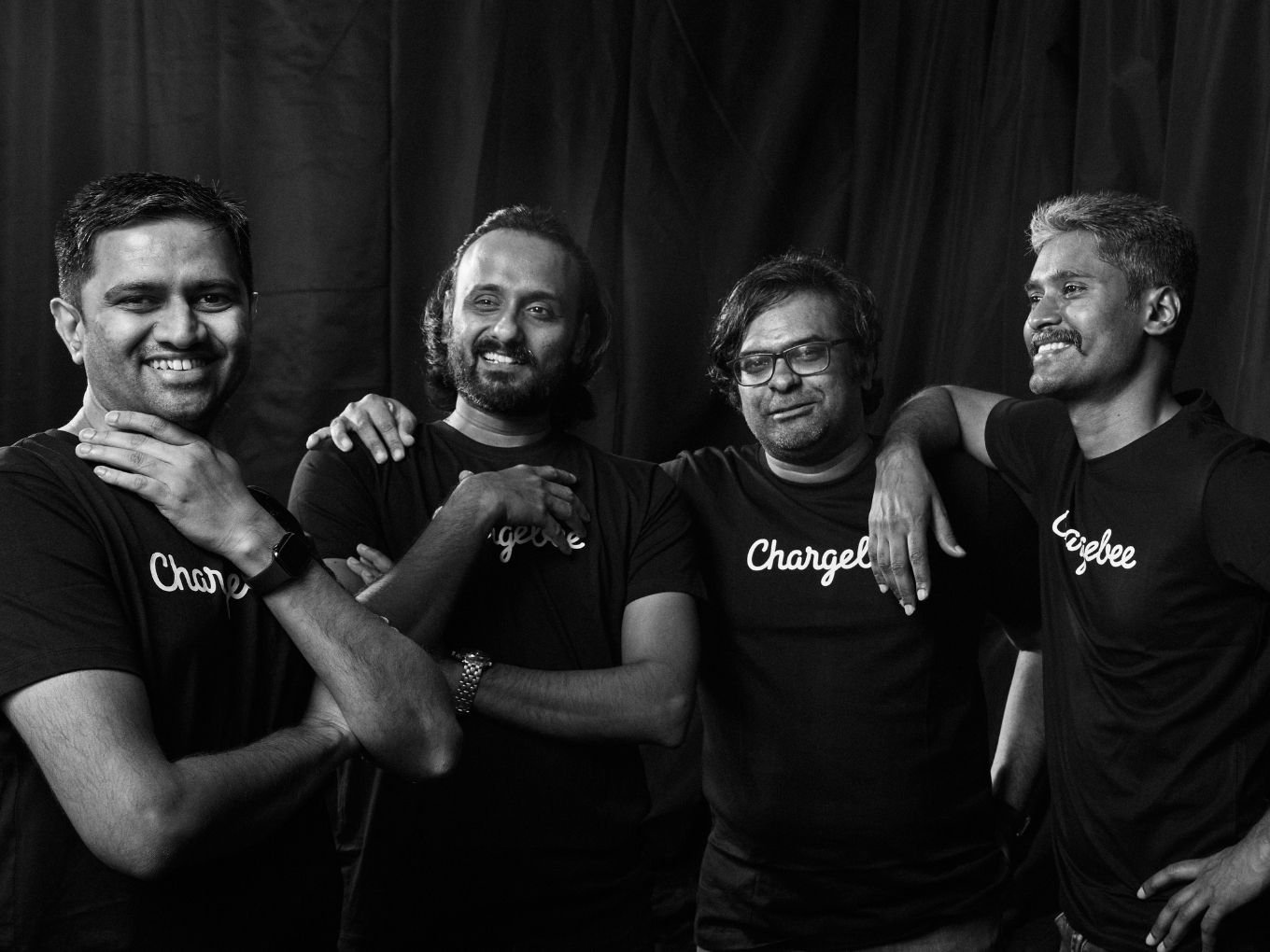 Investment to be used to fund startup’s soaring subscription and other business demands.

The SaaS startup has over 4,000 clients including Okta, Freshworks, Calendly, among others.

Chennai-based subscription management unicorn, Chargebee, has announced the closure of a $250 Mn funding round led by major VC funds like Tiger Global and Sequoia Capital.

The funding round also saw participation from a slew of other investors like Insight Partners, Sapphire  and Steadview Capital.

WIth this round, the SaaS startup has more than doubled its valuation to $3.5 Bn in just 9 months. So far, close to $470 Mn have been poured into the startup by various investors. Earlier in April last year, the startup had raised over $125 Mn, valuing it at a $1.4 Bn. Before that, it had raised $55 Mn in its Series F funding round that was led by Insight Partners back in October of 2020.

The startup was founded in 2011 by Krish Subramanian, Rajaraman Santhanam, Saravanan KP and Thiyagarajan T. Essentially, Chargebee is a revenue management platform that automates revenue operations of over 4,000 high-growth subscription-based businesses.

The investment will be used by Chargebee to fund soaring subscriptions and other business demands. The startup says that the funding will also be used to drive innovation in developing tools that can be easily scaled up for its business clients.

Chargebee CEO and cofounder, Krish Subramanian, said, “As subscription offerings continue to rapidly evolve, our focus remains on providing a flexible growth engine to power, capture and understand revenue, all in real time. This round of funding will drive innovation to empower the next generation of businesses leveraging subscription billing models to quickly start, scale and transform.”

Echoing the sentiment, Sequoia India Managing Director, Tejeshwi Sharma, said.”We believe every company will be a subscription company in the future. The predictability of a subscription business model is extremely attractive, and Chargebee is the leading revenue management partner for the subscription economy. Sequoia’s investment reflects the growing market need and belief in the Chargebee team.”

The SaaS startup has over 4,000 clients including Okta, Freshworks, Calendly, among others. The startup also has expanded globally with new offices and investments in Australia and India.

This comes barely a week after Chargebee acquired customer retention platform, Brightback, for an undisclosed amount.

Overall, in 2021, $3.2 Bn was raised by Indian startups in the enterprisetech space. In terms of unicorns, India houses 13 unicorns in this space including Chargebee. Last year, Freshworks had got listed on NASDAQ while Capillary Tech has filed its DRHP with SEBI.

The COVID-19 pandemic has led to a major shift with more and more businesses moving their work online. This hastened the shift to SaaS-enabled digital operations. A Statista report claims that firms, on an average, used 110 SaaS applications in 2021.

A report by SaaSBOOMi and McKinsey estimates the Indian SaaS sector will generate revenues between $50 Bn and $70 Bn by 2030 and dominate 4%-6% of the global market.

Another report by UBS financial services estimates that this “subscription economy” will grow to $1.5 Tn by 2025, doubling its current $650 Bn estimate.

The investment points to the overall positive sentiment among investors in the SaaS segment. The funding should be seen as a positive sign of the emergence of Indian startups in the global arena.