Existing investors General Atlantic, Owl Ventures and Tiger Global Management too participated in the round

Since the lockdown, BYJU’S has added over 25 Mn new students on its platform 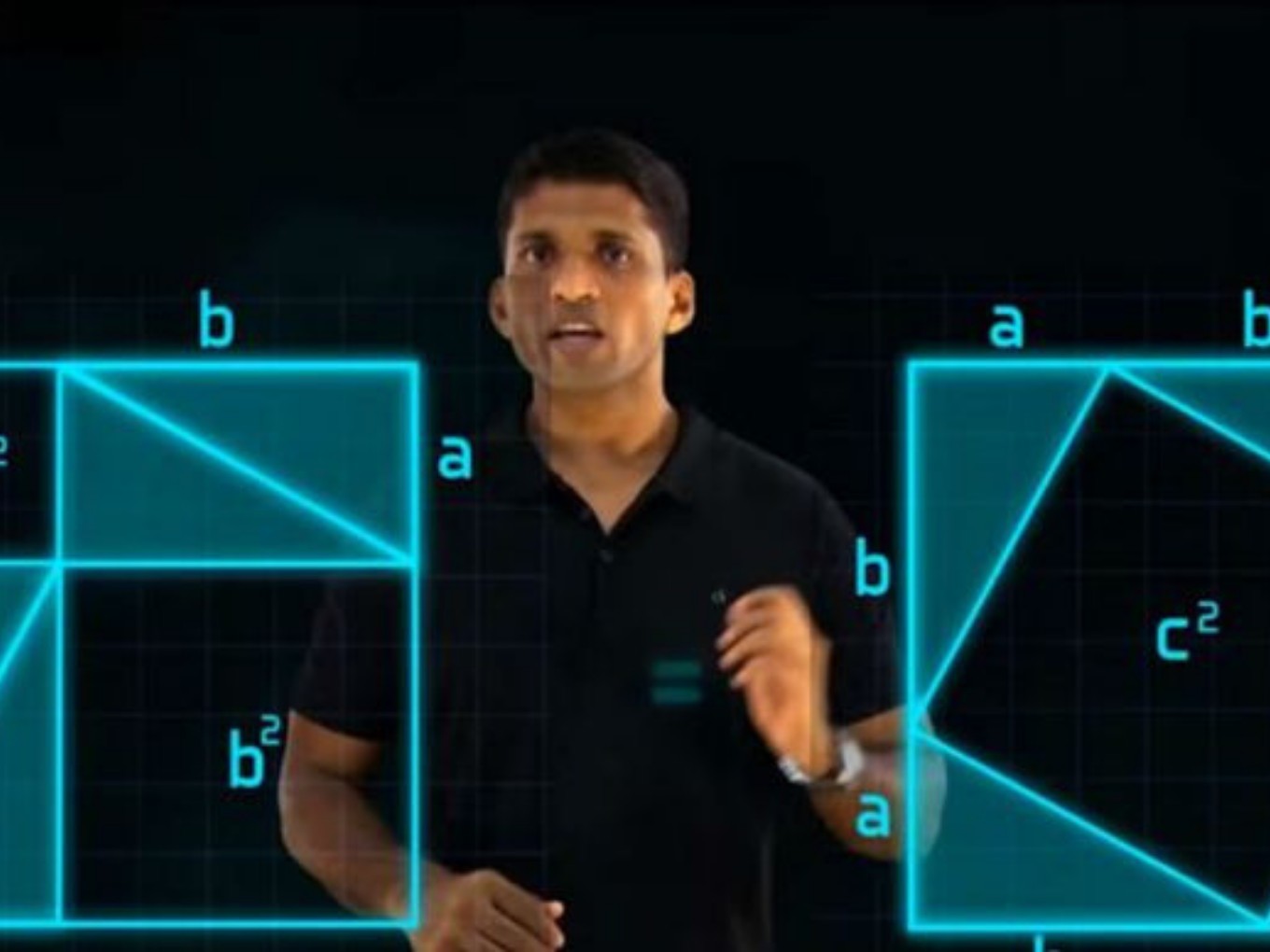 Bengaluru-based edtech decacorn BYJU’S has raised an undisclosed sum in a funding round from New York headquartered asset manager BlackRock, Sands Capital and hedge fund Alkeon Capital, the company said in a statement on Tuesday.

Existing investors General Atlantic, Owl Ventures and Tiger Global Management too participated in the round.

“We are excited to welcome BlackRock, Sands Capital and Alkeon as our partners. As we continue to create engaging and personalised learning solutions, partnerships like these reaffirm our commitment to build and transform the global learning landscape through technology, innovation and quality pedagogy. Continued support from our existing investors is a testament of their confidence in us and our mission” said Byju Raveendran, Founder & CEO.

This investment is part of BYJU’S ongoing $500 Mn funding round announced earlier this month led by Silver Lake and existing investors.

BYJU’S has seen tremendous growth in the last few months. Since the lockdown, it has added over 25 Mn new students on its platform. On August 5, BYJU’S acquired the Mumbai-based online coding platform WhiteHatJr for $300 Mn.

BYJU’S is a significant player in India’s burgeoning edtech space catering to learning needs by offering online lessons to school-going students, as well as comprehensive courses for competitive exam preparation. The company, founded in 2011 by Byju Raveendran and Divya Gokulnath, launched its platform in 2015, and now boasts of 64 Mn students cumulatively learning from the app, 4.2 Mn annual paid subscriptions and an annual renewal rate of 85%.

BYJU’S claims to be creating personalised learning programs for students based on their proficiency levels which help them learn at their own pace and style. The company says it doubled its revenue from INR 1,430 Cr to INR 2,800 Cr in FY 19-20. As of May, the company was raising funds at a $10 Bn valuation.

The Edtech Wave In India

India witnessed the first signs of the edtech wave 10-15 years ago with the widespread adoption of smart boards and enterprise resource planning software (ERP) in physical classrooms. Soon, the popularity of ‘coaching classes’ for various competitive exams saw similar offerings for exam preparation being offered online, with live video sessions and mentor feedback pushing the demand for online learning platforms.

From then to now, as per Inc42 Plus estimates, there are a total of 4,450 edtech startups launched in India to date spread across various segments such as — test preparation, online certification, skill development, online discovery, and STEAM kit and enterprise solutions. 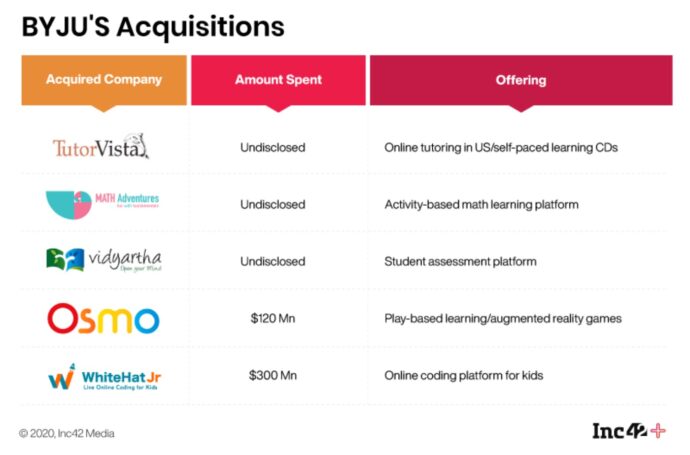 BYJU’S, valued at $10.5 Bn after its fundraise from US-based venture capital firm Bond in June this year, has also expanded its suite of offerings over the years. In June, the company launched BYJU’S Classes to offer personalised after school tuition classes for students in the fourth to 10th standard, besides its other offerings for the school-going students as well as those preparing for competitive examinations. Now, with the acquisition of WhiteHatJr, BYJU’S is looking to expand into yet another relatively untapped segment in the edtech sector — coding.