Bajaj will help the startup with research and development of EVs 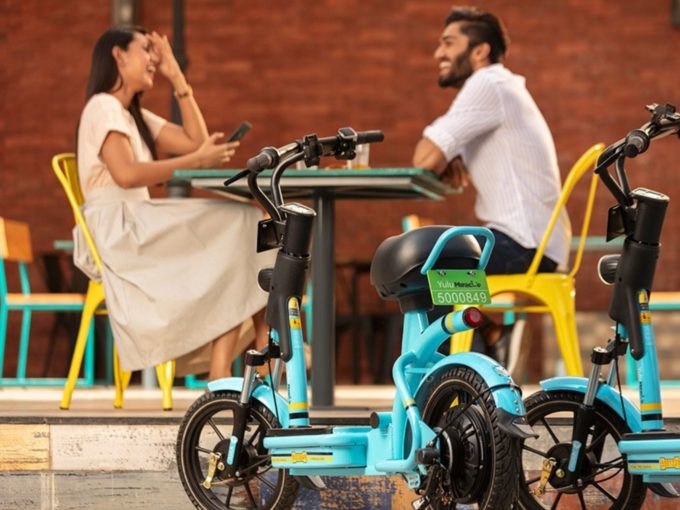 Two-wheeler manufacturer Bajaj Auto Limited (BAL) invested $8Mn in the Bengaluru-based micromobility platform Yulu. The announcement that came on Tuesday (November 26) said that Yulu will source from Bajaj electric two-wheelers, which have been codesigned and manufactured for shared micromobility.

Bajaj will also consider facilitating the vehicle finance needs of Yulu for a large scale deployment of its micromobility electric vehicles. The partnership is aimed at transforming urban commute in India.

With the funding, Yulu plans to increase its fleet size to 100K electric two-wheelers by Dec 2020. As of today, the startup has a fleet of 3000 EVs and 8500 scooters. Though the company has not taken off bicycles from the roads, it has stopped buying them as the startup plans to focus on EVs only.

“Shared mobility has got a lot of nuances and we wanted to build something in the context of India. Bajaj will help us with research and development and manufacturing of EVs,” cofounder and CEO of Yulu Amit Gupta told Inc42.

Bajaj will help the startup with research and development and manufacturing of EVs. In September 2019, Yulu launched its EV rental services for electric scooters in Delhi. The company operates 40 Yulu Zones at around nine metro stations. The startup has been operating in Bengaluru, Mumbai, Navi Mumbai, Pune and Bhubaneswar and with Bajaj’s investment it is hopeful of expansion to two to three large cities in 2020.

Yulu had previously raised $7 Mn in funding with the last round in March 2019. The company is backed by investors including Blume Ventures, 3One4, Wavemaker Partners, Incubate Fund India, Grey Cell Ventures and others.

The startup is also working towards addressing the charging infrastructure issue by bringing in charging boxes. “We have got our charging boxes which are capable of charging 15 batteries at one time. On average, we charge 45 to 50 batteries per day. We have created a micro-network of charging stations. 50 percent of our charging stations are created with a partnership with mom and pop stores. We have created economics for the stores where they are making money and also supporting the cause of micromobility,” Gupta added.

Yulu was founded in 2017 by Amit Gupta along with RK Misra, Naveen Dachuri, and Hemant Gupta. “At BAL, we believe that the two factors of congestion reduction and pollution control will drive the segment of shared micro-mobility in the future. That coupled with the expansion of mass rapid transport systems like Metro in large cities will further boost the demand for flexible last-mile connectivity,” Rajiv Bajaj, Managing Director of Bajaj, said in a statement.

“In Yulu we find an experienced and committed partner with the robust achievement of success metrics in a very short time. And this is why we decided to partner with them in their journey of bringing Yulu service to every neighborhood of Urban India,” he added.

Meanwhile, Rajiv Bajaj also recently said that the automobile industry should not get caught in the vicious cycle of chicken-and-egg where the industry says whether EVs should come first or whether EV charging stations should come first. He reasoned saying nobody is going to put up an infrastructure for anything unless they actually see demand for EVs on the roads.

“We cannot keep blaming the government, which can only help us with guidelines among other things. Ultimately it is the job of startups to figure things out and build a category. We plan to take a vertically integrated approach to build an ecosystem and bring electric mobility for masses in India,” said Gupta.

Correction Note | 17:15, November 26, 2019
The total funding in the factsheet was earlier mentioned as 15Mn. It has been changed to 16.5Mn as instructed by the company.