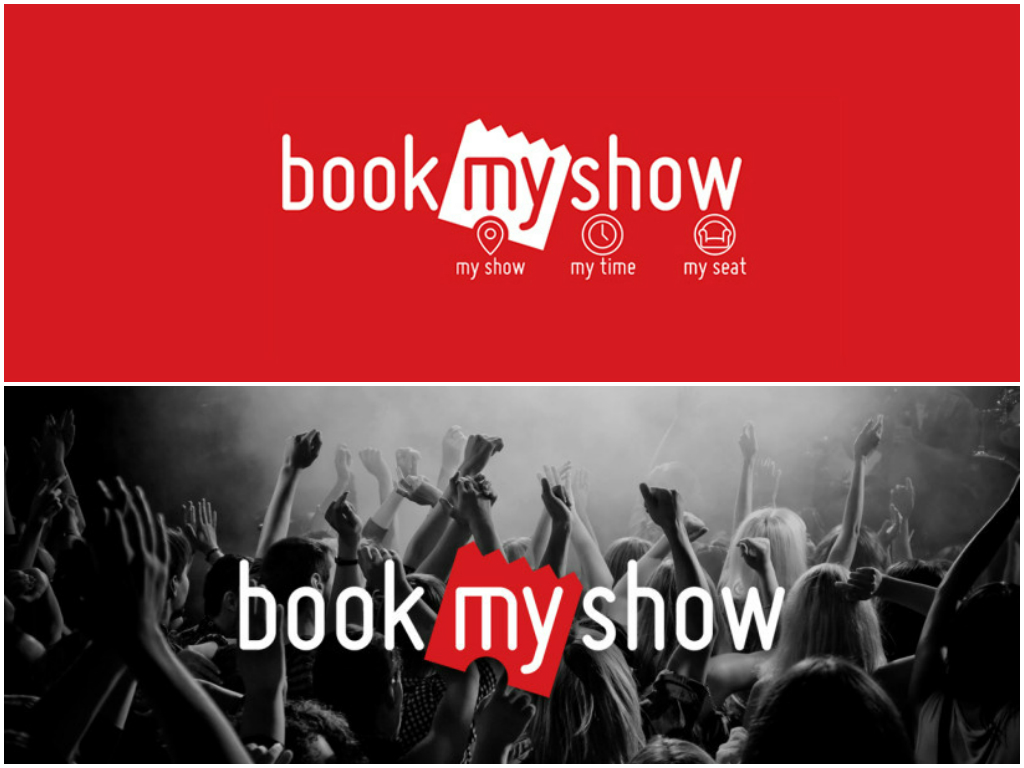 Confirming that it is indeed collaborating with WhatsApp for its WhatsApp for Business programme, BookMyShow announced that it has become the first Indian online ticketing brand to participate in the WhatsApp business pilot. As a result, BookMyShow has made WhatsApp a default ticket confirmation channel for all its users. This means that users who book tickets on BookMyShow will now receive a message on WhatsApp with the confirmation text or an M-ticket (mobile ticket) QR Code, along with an email.

Ravdeep Chawla, Head of Product, BookMyShow said, “At BookMyShow, we are constantly taking measures to enhance our users’ experience on our platforms. Keeping up with their changing preferences and habits, we decided to integrate BookMyShow with WhatsApp for its pilot. WhatsApp has definitely become a preferred mode of communication for millions of people in our country and we could identify tremendous value in making it a default ticket confirmation channel. We have already started rolling out this feature and over the course of next few weeks, we aim to scale it to cover our entire user base.” 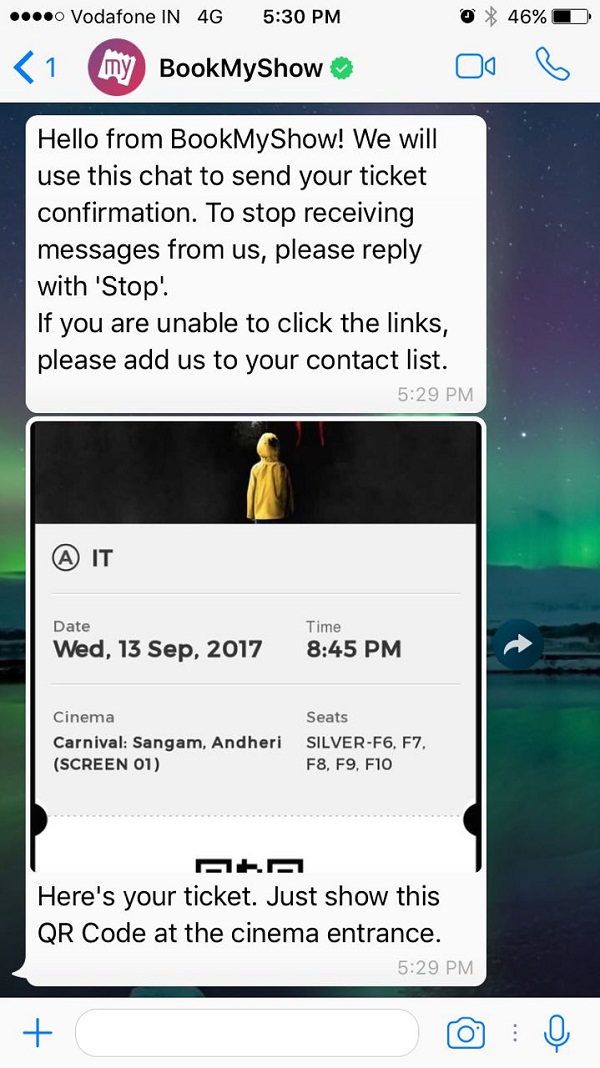 Earlier this month, Inc42 had reported that WhatsApp for Business has started a collaboration with online ticketing platform BookMyShow. At that time, BookMyShow had declined to comment on the matter.

WhatsApp For Business: A Serious Move Towards Monetisation

The confirmation now also validates how serious WhatsApp is in rolling out its WhatApp for Business program and exploring monetising its platform. It is the first time that the instant messaging service, which currently boasts of 200 Mn users in India, is looking to monetise, something that it has shied away since the beginning. But after it was acquired by Facebook $19 Bn in 2014, is readying itself for advertisers. Charging business customers for the platform seems like an avenue WhatsApp looks keen to explore.

As per an ET report, several Indian startups were part of early pilots for WhatsApp Business such as online pharmacy 1mg, besides Bookmyshow.com. Globally, the trials included Dutch airline KLM and Itau Bank in Brazil. For instance, WhatsApp Business users flying KLM will get notifications on booking confirmations, seat assignments and flight schedules. They will also be able to submit specific requests on meal preferences, flight changes etc.

While WhatsApp will offer a free app to small-to-medium sized businesses and to big enterprises initially, but will charge enterprises later. WhatsApp’s Chief Operating Officer Matt Idema told the Wall Street Journal, “We do intend on charging businesses in the future. We don’t have the details of monetisation figured out.”

Interestingly, WhatsApp cofounder Brian Acton is planning to leave the company he helped create. In a  Facebook post this week Brian stated, “ I’ve decided to start a nonprofit focused at the intersection of nonprofit, technology, and communications”. Incidentally, Acton announced his decision to leave WhatsApp a week after the company launched the monetisation efforts that had been in the works for over a year. 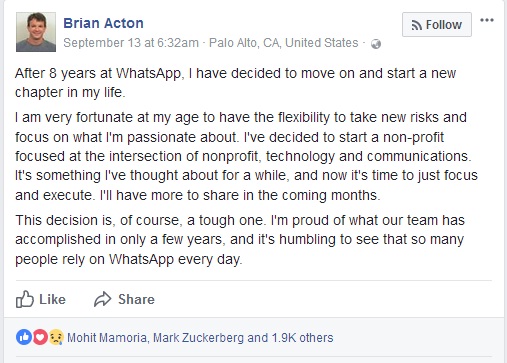 WhatsApp for Business could come as a crucial boost for WhatsApp as it enters the digital payments sector in India and also explores the monetisation route. With BookMyShow, the leading online ticketing player in India, on its side, it seems to be gearing up for a big play in business and ecommerce.