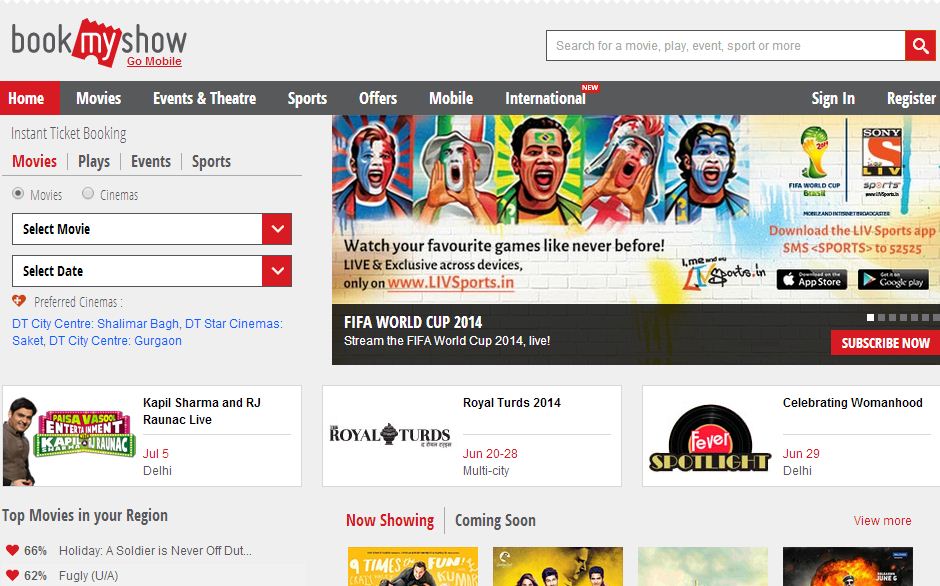 Mumbai based Bigtree Entertainment which runs online ticketing platform BookMyShow.com has raised Rs 150 Cr in a new funding round led by Saif Partners. Its existing investors Accel Partners, Network 18 and Reliance Industries also participated in the round.

Previously, BookMyShow had raised Rs 100 Cr from Accel Partners in 2012, with this round now BookMyShow is valued at over Rs 1000 Cr.

It plans to infuse the new round of funding in hiring talent and for expanding in business in smaller towns. “We want to have the staying power in the smaller cities where disposal incomes are rising and new content is being made available to be consumed and, therefore, distributed,” Ashish Hemrajani said. Further, it will also be investing in building technologies around mobile payments and applications.

BookMyShow was initially launched as a movie ticket portal, but now it has added up facilities by introducing tickets for Indian Premier League to the Formula One India Grand Prix, music concerts, plays and stand-up comic acts. To mention, now 40% of its revenues comes from these non-movie events.

For BookMyShow, the top 10 Indian cities make up the bulk of its revenue, which is estimated to be about Rs 120 Cr as of now.

As per the company, it has sold over 100 Mn tickets till date, and is growing at 100% year-on-year with 35 Mn visits and half a billion page views.

BigTree Entertainment was founded by Ashish Hemrajani (after he quit his job at ad firm J Walter Thompson) with Parikshit Dar and Rajesh Balpande in 1999.