The company will also use the investment for strengthening its ‘Make in India’ capabilities, as it looks to move its supply chain from China

boAt claims to have recovered well after the sales lull during the lockdown, with cofounder Aman Gupta hoping for 30-35% growth in FY21 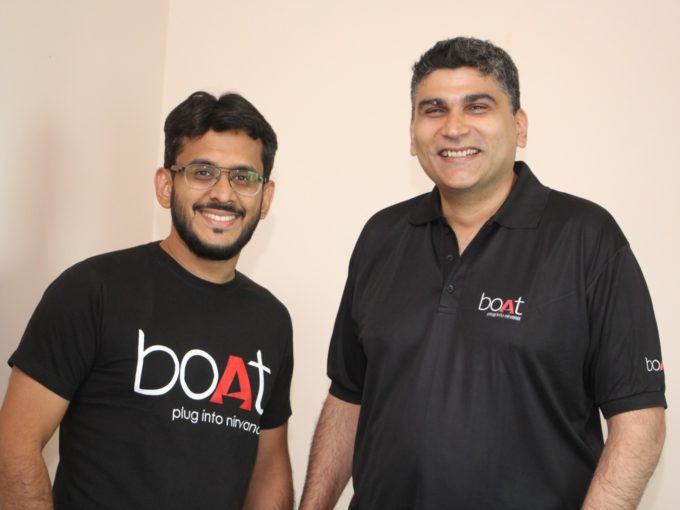 In the initial years of the decade gone by, the smartphone accessories and wearable devices segment in India had been dominated by high-end brands such as Apple and Samsung. That was before Chinese brands came in to steal the market with their affordable devices 2014 onwards. In such a market, boAt, an Indian consumer electronics startup, looked to carve a niche as a lifestyle brand in 2016. The company initially gained prominence for its headphones, which resonated with consumers for their affordability but soon diversified into more high-end products.

In 2020, boAt saw its supply chain in China get disrupted due to a shutdown of factories there. This was followed by a demand shock once the Covid-19 lockdown was lifted in India as consumers unleashed their pent-up demand for non-essential products across categories. A few months ago, the company announced its intentions of bringing its supply chain to India with plans to begin local manufacturing this year.

With this in mind, boAt has raised $100 Mn from an affiliate of Warburg Pincus, the New York-based private equity firm. Besides the focus on production, the funding would be utilised for research and development (R&D) push into new device categories and other aspects. The round values the company at $300 Mn.

Cofounder Aman Gupta told Inc42 that the new funds would be diverted to the company’s R&D efforts, which are led from a dedicated hub in Bengaluru. The same would help bolster the company’s ‘Make in India’ ambitions. While plans are in place, the company hasn’t yet started manufacturing its devices in India.

“The pandemic made us realise that it would be convenient for us to be able to manufacture our products in India itself. But we needed partners for that because we can’t do it ourselves. That’s where the recent investment will be a huge boost for us.”

Gupta added that boAt would focus its R&D efforts to widen its presence in the smartwatches sub-segment, while also looking to come up with gaming peripherals such as joysticks, headsets, gaming mice and keyboards.

Although global electronics majors dominate the audio and mobile accessories space worldwide, boAt seems to have disrupted the status quo. The company is the fifth-biggest wearable brand in the world, tied with Fitbit, holding 2.6% market share. In India, it’s the biggest player in the space, leading more seasoned competitors such as Apple, Samsung and Xiaomi.

boAt last raised funds in September 2020 in a debt funding round worth INR 25 Cr from InnoVen Capital. Before the recent funding, the company had raised INR 67 Cr in four funding rounds from three investors. As of 2020, the company claimed to be selling 15,000 units daily.

The five-year-old startup competes with global giants such as Samsung, Apple, Huawei, Xiaomi and Fitbit, as well as 200-plus local and global electronics brands. Besides boAt, other prominent homegrown companies in this space include the likes of Portronics, Zebronics, Noise, iBall and ICCON.

“Going forward, with the government’s support, we will focus on building capabilities in domestic R&D and undertake vertical integration across both the hearable and wearable space to establish India as a global supplier,” boAt cofounder Sameer Mehta added.

As for growth projections, Gupta explained that the company had closed FY20 as an EBITDA-positive entity, with a revenue of INR 701 Cr, a year-on-year (YoY) growth of 196%, and a profit of INR 49 Cr, YoY increase of 470%. Understandably, the impact of the pandemic would be felt in the financials for the current financial year (FY21).

“Our business was impacted. From the Covid-19 lockdown meaning closure of business in India for more than two months to supply chain disruptions in China because of the shutdown of factories there, I think we’ve seen plenty,” revealed Gupta.

The company claims to have recorded INR 33 Lakh in sales in the third quarter of the current financial year. Gupta added that the pent-up demand and expansion across product categories meant that sales volumes spiked well. “We are hoping for a 30-35% growth in FY21,” he said.

According to Gupta, the fundraising is a stamp of approval for India’s D2C (direct-to-consumer) startups. However, despite what the name suggests, pure-play D2C is virtually non-existent in India, as a high competition among consumer brands means that no company, except maybe the big tech behemoths, can afford to shun the widely popular marketplaces such as Amazon and Flipkart.

It’s a similar story for boAt, which has played it smartly and stuck to an omnichannel approach, as it sells its products both online (through major etailers and its own website) and offline (multi-brand retail stores such as Croma).

In previous conversations with Inc42, Gupta detailed the tactic behind first building the brand on marketplaces and then opening up a D2C sales channel through a native website.

“If we had paid to get hits on our own website initially, we would have lost out on money and sales to target those customers. Hence, we took an early decision to build the brand in the marketplace. Now that the brand has been built, we can go offline, or (sell on) our own website; it does not matter,” said Gupta.

In the time that boAt was selling solely on ecommerce platforms, it was losing out on valuable customer data, and also failed to retarget customers. But of late, the brand is getting a lot of hits on its website, and the data can be utilised for marketing and sales functions.

“We see a compelling growth story in boAt and believe the company is well-poised to build upon the strong leadership position it has carved out within the industry and stands to benefit from the secular tailwinds of ecommerce growth in India,” said Vishal Mahadevia, managing director and head at Warburg Pincus India, about the $100 Mn investment.