The investment round also saw participation from Mayfield India Fund, 9Unicorns and Suvan Partners, along with others. 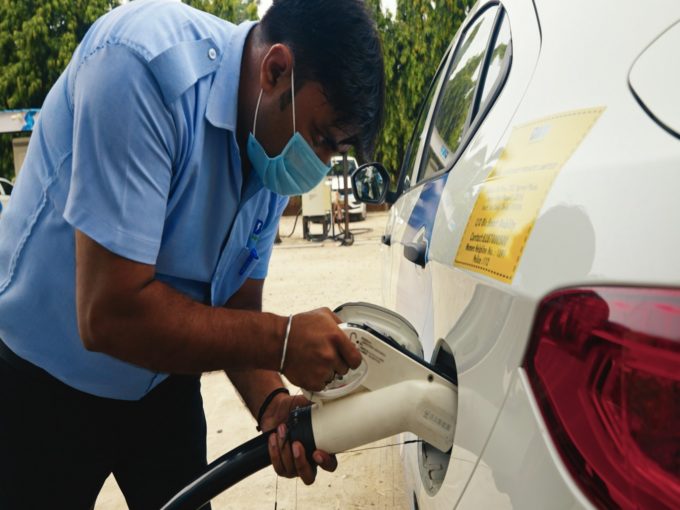 bp ventures will be investing $13 Mn of the total invest amount in the startup. The venture capital has, to date, invested around $800 Mn in more than 60 companies across seven geographies.

BluSmart will be utilising the fresh capital to extend its fleet of electric vehicles and charging stations from Delhi to five other cities in the next two years.  As part of the investment, Sophia Nadur, the managing partner of bp ventures, will join BluSmart’s board of directors.

BluSmart claims to have completed more than 500K electric trips in Delhi-NCR and has covered up to 16 Mn Km. The startup has said that its app has been downloaded more than 250K times. BluSmart said that its fleet of EV taxis have saved over 1,500 tonnes of carbon dioxide emissions and while completing 650K trips since its inception.

BluSmart competes against the likes of Bengaluru-based Lithium Urban and Delhi-based eee-Taxi. Lithium Urban which operates in Delhi, Manipal, Hyderabad, Pune and Bengaluru claims that its fleet of EV taxis have run 78 Cr Miles (125 Cr KM) while saving 19447 MT of carbon dioxide emission.

Today, US-based major cab hailing company Uber which operates in India has partnered with Startup India and iCreate on an innovation fund to support ideas that will increase adoption of EV across the country.

Companies across the world are trying to reduce carbon emissions as the earth’s temperature has been rising at an alarming rate due to the greenhouse effect. At present, India is the fourth largest carbon dioxide emitter after China, the US and the European Union as IPCC’s Sixth Assessment Report released last month.

Earlier this year, while EV two wheeler manufacturer Simple Energy raised  $15 Mn in a pre-series A round and Navi Mumbai-based charging solutions startups  Magenta closed $15 Mn in its Series A round. This month, EV-based last mile delivery startup Zypp Electric raised $7 Mn in its Series A round and Revos closed $4 Mn in fresh round of funding. The EV industry which is yet to evolve has received closed $601 Mn in investment between 2014 and 2019, as per Inc42 report.