In a series of tweets, IFF wrote that the government’s ban goes against provisions in Section 69A of IT act

IFF wrote that while concerns for data privacy were genuine, a ban should be used only as a last resort 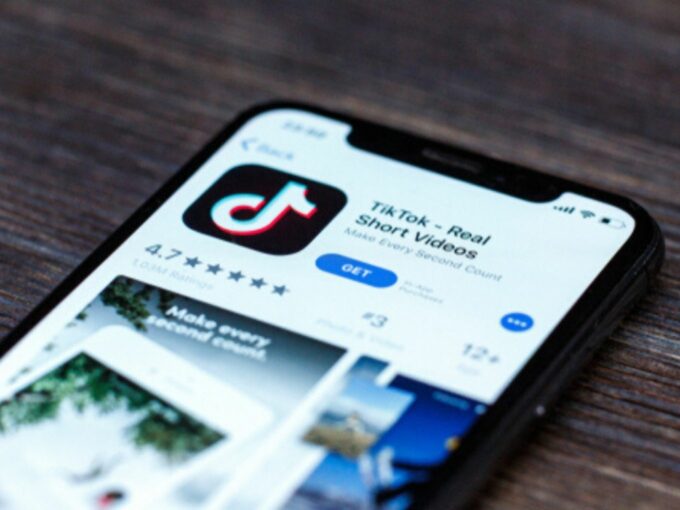 The IFF, whose goal is to ensure that Indians can use the internet with guarantees ensured by the constitution, said that the legal order for the ban hadn’t been shared with the public. It said that all knowledge of the order was coming from a press release shared by the Ministry of Electronics and Information Technology (IT).

In a video shared by TheQuint, Apar Gupta, executive director of IFF, said that the government should release the legal order through which the ban has come into effect, with the public. “The first ask to the government is for disclosure of this order, given that this is a singular act of web censorship which has impacted more people in India than any before. It is clearly unprecedented in terms of the number of people who will be impacted by this and hence, there is a legitimate right for the people to why access to these 59 web services and smartphone applications has been blocked by the government,” he adds in the video.

On its official Twitter handle, IFF wrote, “The website blocks are directed on an aggregated basis against 59 websites. Here common grounds and reasoning is made which goes against the individualised nature of the blocking power under Section 69A and the Blocking Rules.” 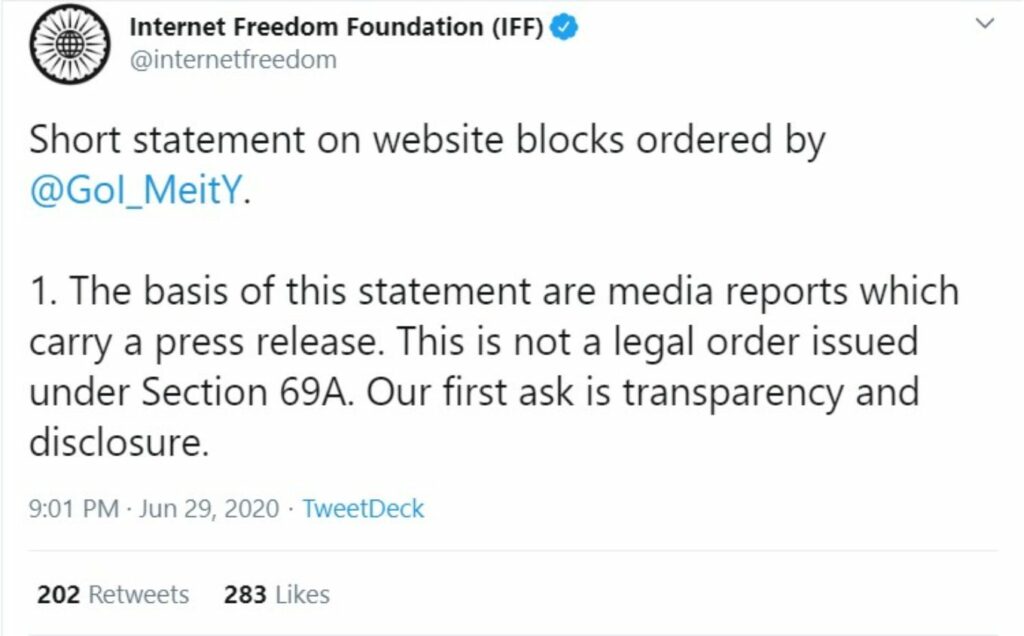 IFF further wrote that the Blocking Rules, 2009 should provide for a defined process of notice, hearing, following which a reasoned order can be implemented. “These processes emerge from the Shreya Singhal judgement and apply to all grounds for blocking, including those premised on national security.”

IFF added that the concerns listed by the government, those of data security and citizen’s privacy,  as reasons for the ban were legitimate. However, safeguarding those concerns can be ensured through regulatory processes which emerge from “objective and evidence-based measures. This ensures credible action that protects individual liberty, innovation & security interests.” 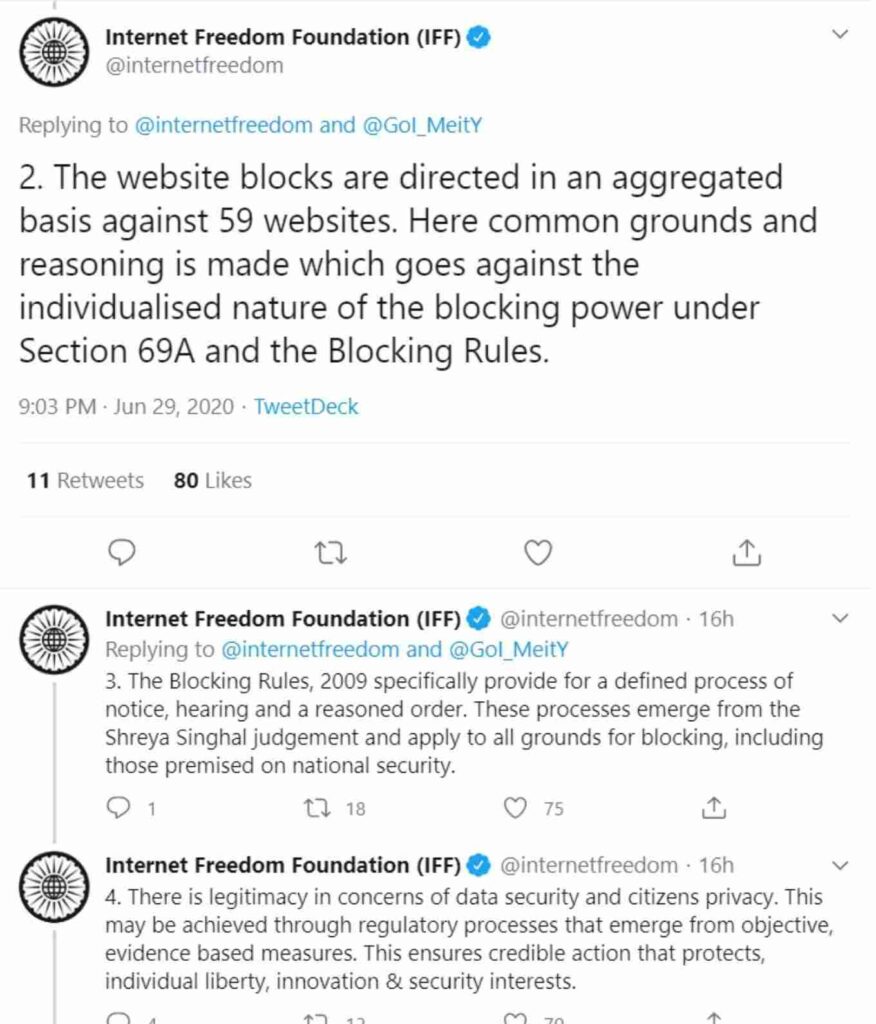 The organisation said that bans are absolute prohibitions, to be used only as a last resort. They should be preceded by regulatory interventions including fines and directions. It also lamented the absence of a data protection law which awaits enactment.