Ashneer Grover Vs Bhavik Koladiya Fight Over BharatPe Stake; Board Decides Not To Intervene

Ashneer Grover Vs Bhavik Koladiya Fight Over BharatPe Stake; Board Decides Not To Intervene 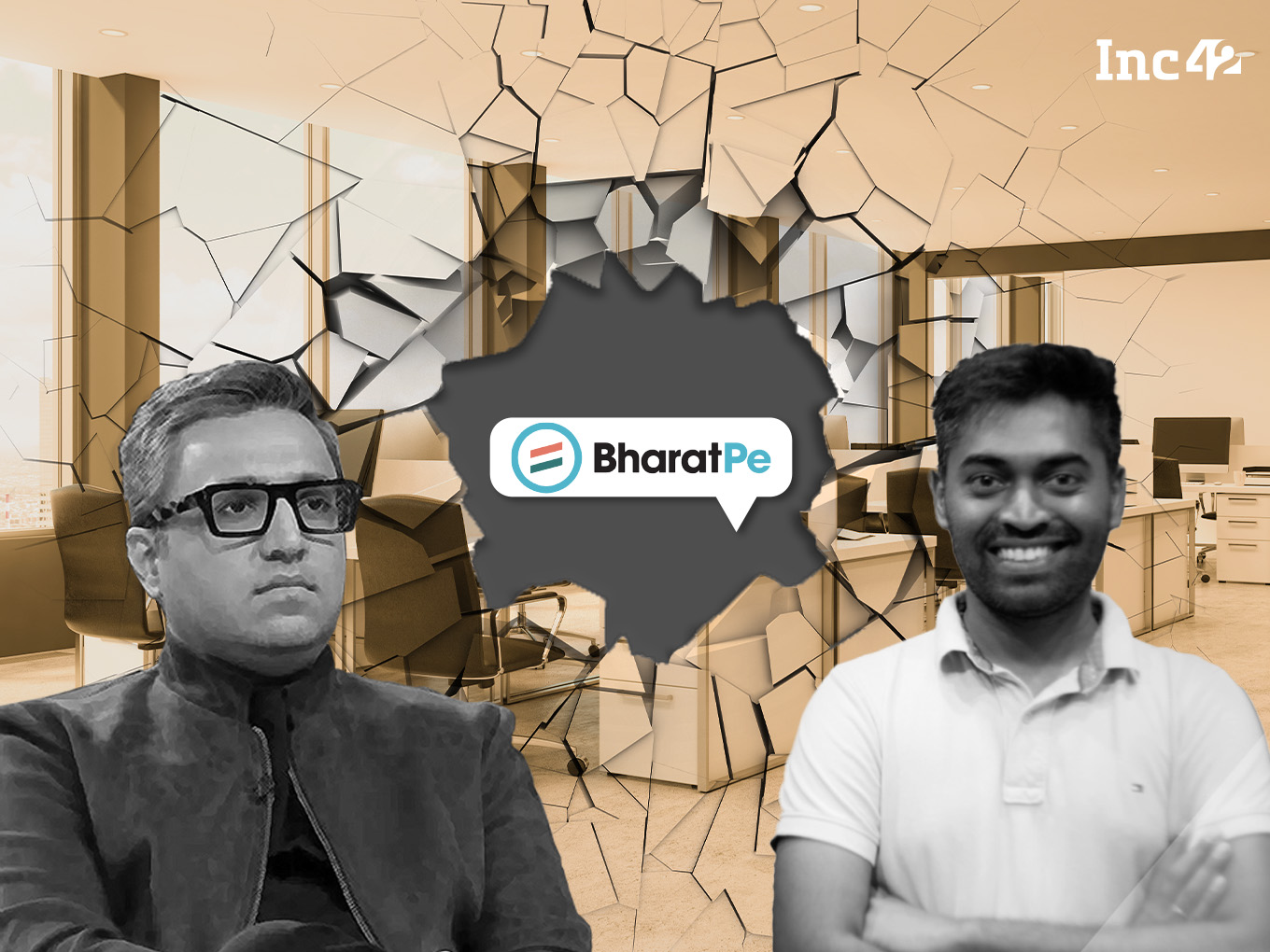 Meanwhile, reports continue to float that say that the company might take further legal action, including clawing back some of Grover’s shareholding

Shashvat Nakrani and Bhavik Koladiya are the original cofounders of BharatPe, but after being convicted in a credit card fraud case in the US, Koladiya split his shareholding and took up the role of consultant

As the controversies within BharatPe escalate by the day, the fintech unicorn has been hit with another controversy surrounding the stake of founders Ashneer Grover and Bhavik Koladiya.

Interestingly, the company’s Board has decided not to intervene in a new controversy and it will stick to the internal governance review done by third-party law and risk assessment firms.

According to reports, BharatPe Board has asked Koladiya and Ashneer Grover, to sort out the stakeholding issue amongst themselves.

Having founded the company along with Shashvat Nakrani, Bhavik Koladiya should have been one of the faces of the company. But prior to launching BharatPe, in 2015, Koladiya was convicted in a credit card fraud case in the US.

His conviction and subsequent sentencing as time served in the US, barred him from holding directorships in the US. It would have also complicated matters for BharatPe in future fundraises from foreign investors. Thus, Koladiya’s 30% stake in the company was diluted in the many funding rounds for the company as more and more VCs backed the company.

He was also removed from BharatPe parent Resilient Innovation’s cap table, taking up the role of consultant at BharatPe, splitting his holding between Grover and Nakrani. 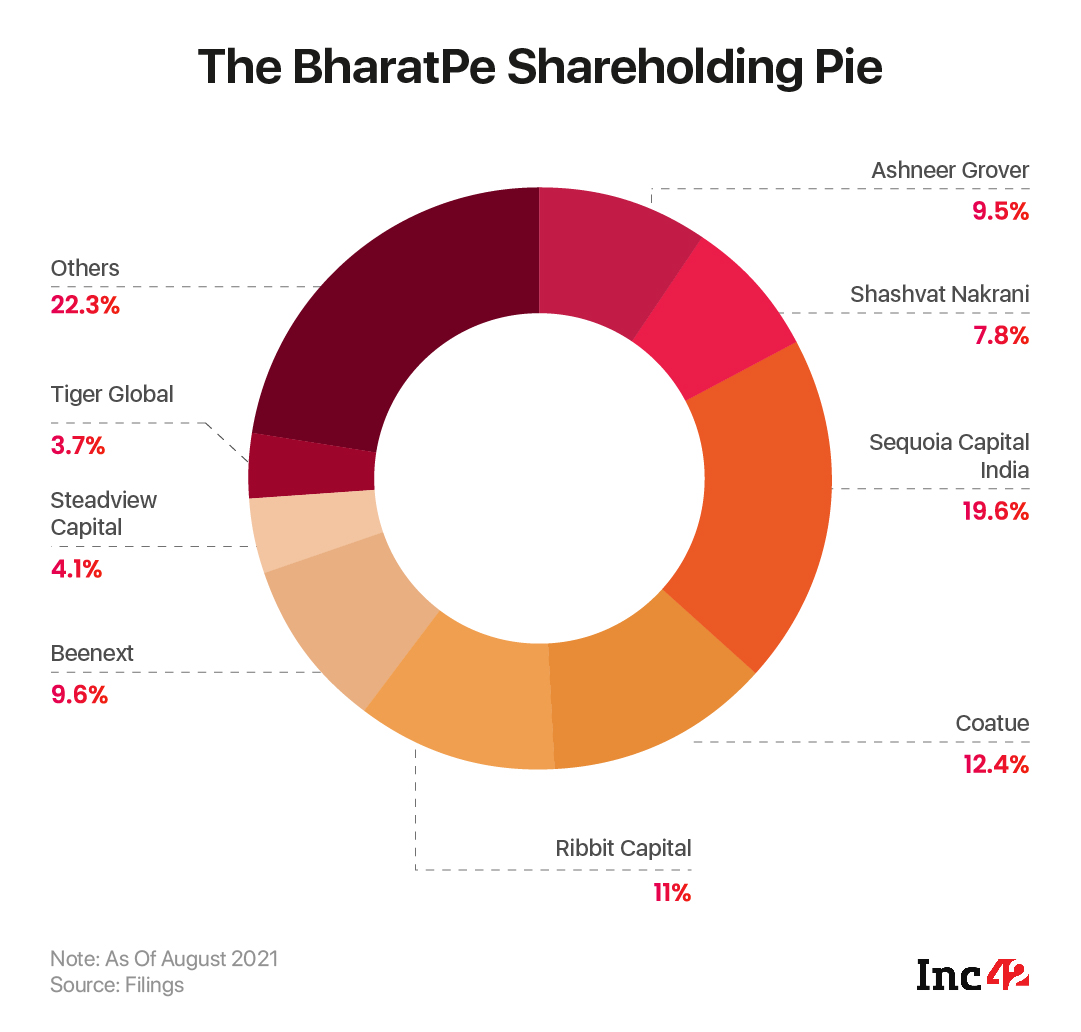 After Grover was removed from the fintech firm, reports about the growing discontent between him and Koladiya surfaced. Taking potshots at Grover, Nakrani also recently claimed that Grover allegedly tried to create a false narrative about the company.

Earlier in February, Nakrani had issued a statement backing BharatPe CEO Suhail Sameer. Indicating his allegiance in the tussle, Nakrani had backed Sameer’s presence on the Board after Grover had sought the CEO’s expulsion.

The Boardroom Drama At BharatPe

The troubles for Grover began after his expletive-laden audio against a Kotak Mahindra employee became viral. This was followed by an internal audit that pointed allegations, against Grover and his wife Madhuri Jain Grover, former head of controls at the company, of embezzlement, payments to fake vendors and syphoning-off money.

Know about the key people involved in the BharatPe Vs Ashneer Grover saga.

After a saga of mudslinging, Grover resigned from the company and its board on March 1 alleging ‘shameful vilification.’ This prompted a terse reply from the company accusing Grover of “spinning lies and hurling baseless allegations and threats” against BharatPe.

In its statement, BharatPe claimed that the Grover family and their relatives engaged in extensive misappropriation of company funds and abused company expense accounts in order to enrich themselves and fund their lavish lifestyles.

Meanwhile, reports continue to float that say that the company might take further legal action, including clawing back some of Grover’s shareholding. The two warring sides refuse to back down and continue to hit out against each other.