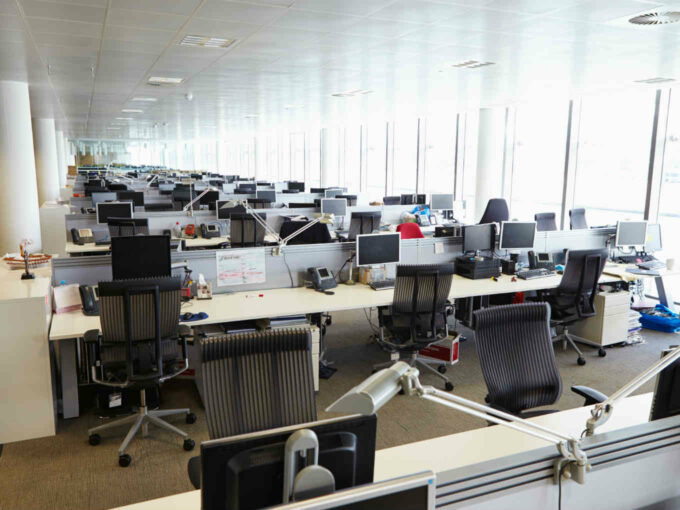 As coronavirus impacts everyday life in nearly every country in the world, this is one of the biggest global crisis ever. Suggestions have poured in for the government to announce a lockdown under Section 144 across major cities in India, while around the world too, citizens are going into self-isolation or being quarantined by governments.

The latest lockdown has been imposed in San Francisco, the tech capital of the world and home to Silicon Valley. There have been a total of 40 confirmed cases of coronavirus in San Francisco and the government has now asked its 6.7 Mn people to shelter in place until April 7 at the very least.

And now India is well on its way for lockdown as the country tightens restrictions on movement. The government has already put restrictions on the entry of foreigners, has limited social gatherings, asked companies to mandate work from home and is looking to bring startups into the picture. So should Indian startup hubs also be going into a lockdown?

Other countries have set the precedent. For instance, the Philippines has halted all stock, bond and currency trading until further notice, becoming the first big country to shut its financial markets because of the coronavirus pandemic.

As per the DataLabs by Inc42 Annual Indian Tech Startup Funding Report 2019, Bengaluru and Delhi were the top two startup hubs in India. The startup capital of India, Bengaluru, secured the most funding in 2019 with $5.3 Bn across 267 deals, while Delhi NCR startups raised $4.5 Bn across 226 deals.

Vivekananda Hallekere, cofounder of Bounce, reportedly said, “We are sharing this note with multiple government departments including local and state governments, speed is the essence here and action needs to be taken quickly. We are focussing on state governments to start with, holding conversations with the Rajasthan government; we can take this to Himachal Pradesh and Gujarat governments quickly.”

Further, out of the estimated 50K startups in India, just 20% are based in Tier 2 and Tier 3 cities, which means the most startup employees are based in metros and Tier 1 cities, which are the most impacted in the current pandemic and outbreak. Further, recently, the government has recently informed that under its Startup India plan, nearly 25K recognised startups employ over 3 Lakh people. So plenty of human capital is at stake.

Talking to Inc42, Shashank Murali, cofounder, TapChief said that the impact of coronavirus on gig economy workers especially in the blue-collar sector could be quite high as the country further intensifies social distancing. “In these times, apart from efforts from companies, we as a community should try to help out as much as possible especially our helpers, drivers etc,” he added.

He further added that among the executive and manager-level workforce as well, there may be some whose projects may be paused or cut short in the interim. However, in the mid-term there should be a wider acceptance for remote work across organisations, as each individual enhances their ability to collaborate remotely to achieve objectives.

Consumer-facing hyperlocal businesses such as Ola, Uber, Zomato, Swiggy, Dunzo, BigBasket, Grofers etc are expected to be hit the most if the lockdown is put in place. This would also hurt the growing gig economy workers who have relied on these platforms for daily income.

Startups are facing challenges like funding scarcity which may hurt the businesses as the restrictions hurt investor sentiment.

Roma Priya, founder of Burgeon Law, said, “The Indian funding economy is seeing the impact of coronavirus and we are getting a lot of queries from promoters to enquire about the potential extension of their funding rounds and impact on closure. Most promoters are looking at extending the runway of their current capital to ensure they get past the prevailing uncertainty in the investment space.”

Marquee investors like Sequoia and Lightspeed have advised founders to prepare for contingencies, plan runway for over 6 months, cut down expenditure, raise funding etc. In a bid to control costs, the startups may have to cut down headcount too, which further impacts employment in a job crunch in a market like India.