He said that Elyments will include shopping and payment facilities too 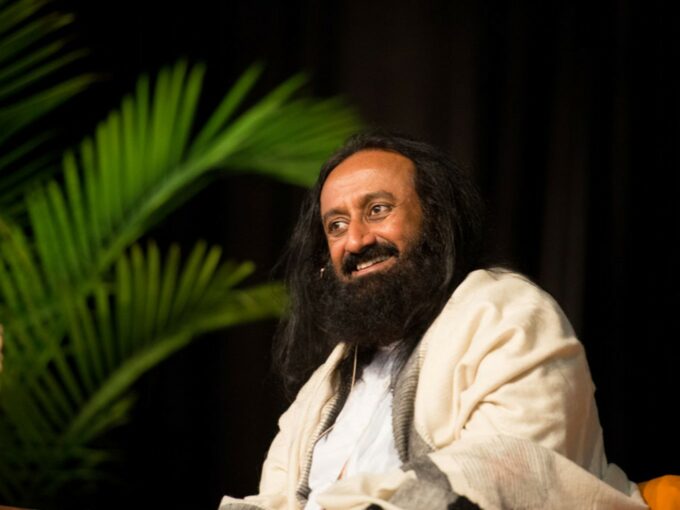 The Indian internet space is crowded enough, but there’s no death new entrants looking to take on global giants like Facebook, Twitter with something unique and innovative. The latest is spiritual organisation Art of Living (AOL) which has launched a new social media app, Elyments, which aims to become a super app in the future.

Sri Sri Ravishankar reiterated about this launch during a recent session with leading CEO’s. He said that Art of Living is set to launch an Indian social media platform on July 5, 2020. However, the Elyments app is already out on Android and iOS, according to its website.

Elyments is said to combine “all the elements of the existing social media platforms and will include shopping and payment facilities too,” the spiritual leader said.  It will also get video conferencing and will have its servers in India. “Your data is safe with us. Nobody can hack our social media platform,” he was quoted as claiming.

The app first came to light in February 2019, when reports said that AOL digital team was beta-testing a super app, Elyments. Neha Mrig, one of the core-team members behind the creation of Elyments, had said, “India doesn’t have its own social media presence at the global stage. Like a WhatsApp, Facebook or Instagram. We wanted to have something that would boost our economy and put us up on the world map, up there with others.” 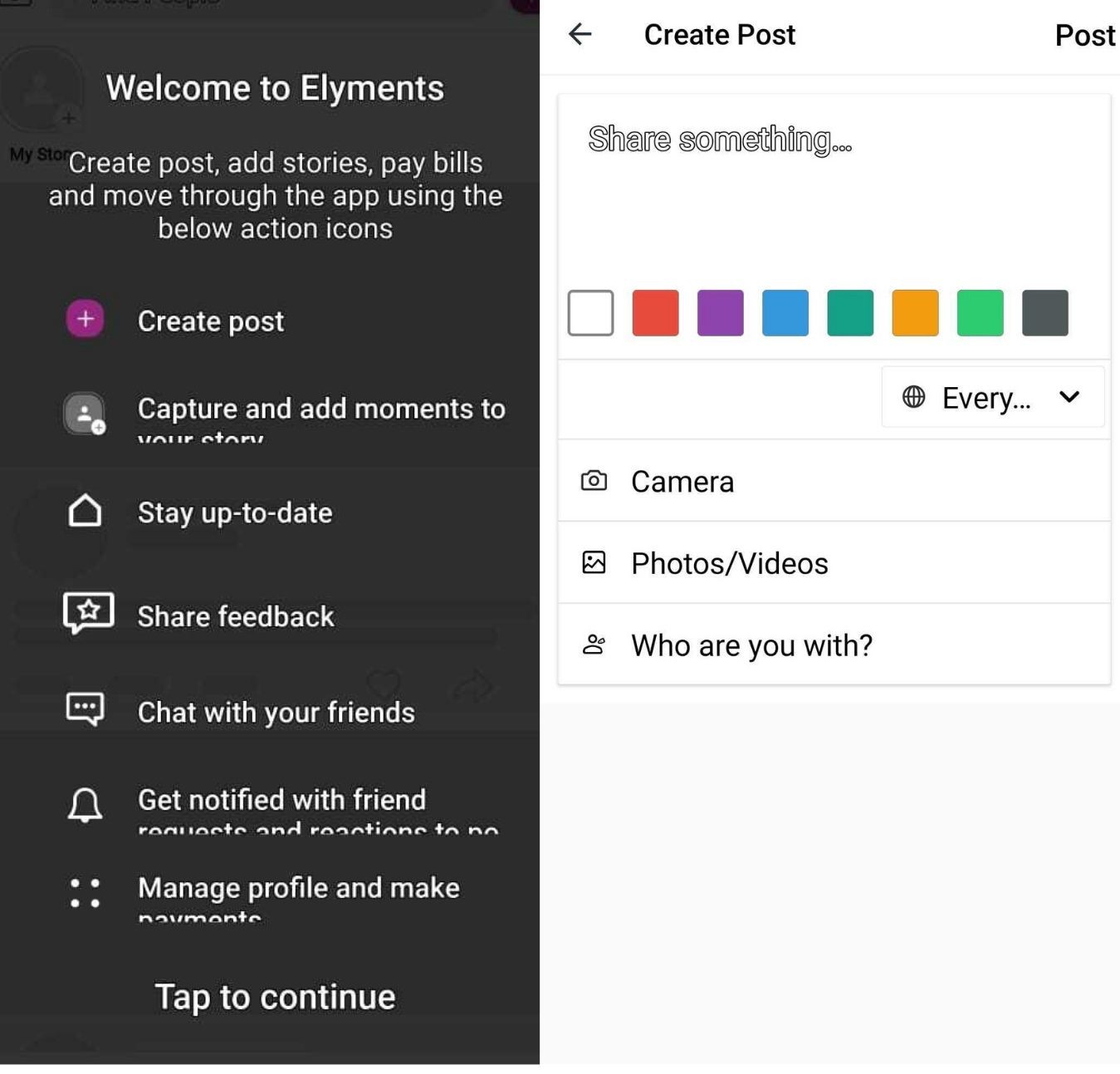 The app’s brief says, “With end-to-end encryption, Elyments ensures that your data remains safe from prying eyes. All our servers are hosted in India, thus providing a fast and breezy experience.”

On downloading Elyments app, we could see that app’s interface is very similar to Facebook and Instagram. The app allows users to register with their phone number and email ID. On signing up, the app prompted us to “create post, add stories, pay bills and more”. The welcome screen looks very much like Instagram, where the top row is for stories, followed by posts.

The app interface had a WhatsApp-like chat section, through which users can make calls to each other. Elyments also has an Instagram-like Explore suggestions tab, where trending topics can be tracked based on the user’s interests. It also allows users to stream live from the app and watch live videos. Similar to Snapchat and Instagram’s disappearing stories, Elyments app also allows users to update stories. 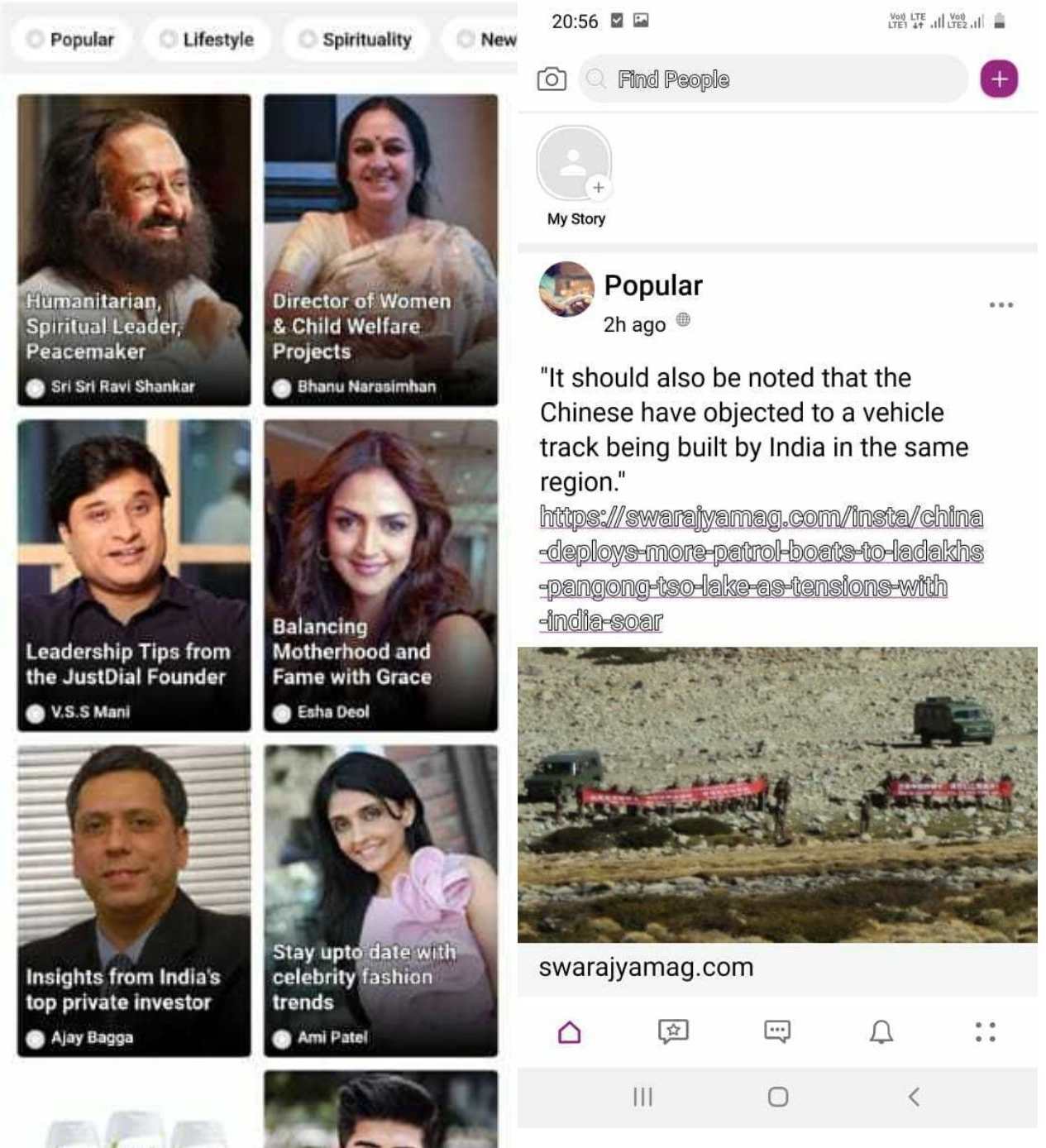 On the homepage, users get Facebook-like feed, with latest updates from their subscribed pages and friends. One of the interesting things we noted was that a Facebook-like page, called Popular, was auto-subscribed, which showed automatic updates on the homepage, even if a user hasn’t followed it.

The app has seen over 50K installations and has been rated 4.4 on Google Play Store and 4.5 rating on the App Store.

With the ambitions of being a super app, Elyments is trying to compete with players like Reliance Jio, PhonePe, Mobikwik, Paytm and others. The ecosystem has been buzzing for the last few years with several companies trying to be a super app. The model platform for such ‘super apps’ has been WeChat which enjoys massive usage in China.

Industry estimates show that the most active 50 Mn internet users in India take cabs twice a day, order food thrice a week, order groceries once a week, shop online once every two weeks, book a flight or movie ticket once in two months and pay for most of this digitally.