Can Facebook And Reliance Crack The Super App Formula In India?

Can Facebook And Reliance Crack The Super App Formula In India?

Facebook was reported to be eyeing an investment in Reliance 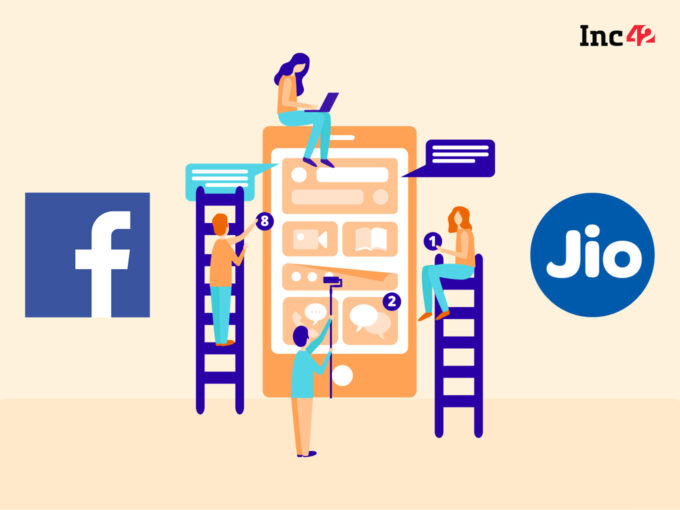 While bundling services to create super apps was the fashion till a few years ago, the buzz these days is about unbundling for some internet companies. But many others are still deeply invested in the idea of a super app, even though India does not have any app that can challenge super apps like WeChat or GoJek.

Reliance was said to have been eyeing a super app last year, and now reports have surfaced that social media giant Facebook may join forces with the conglomerate for the same. Reliance Industries Limited and Facebook are exploring the possibility of creating a multipurpose app by leveraging the WhatsApp platform and user base.

The companies are looking to pool capital, technical know-how and domain expertise for the project. The idea is to create a super app where users can communicate, shop for groceries via Reliance Retail or JioMart, and purchase clothes and accessories through Ajio, backed by JioMoney payments. Some of the other features in the super app include social media, gaming as well as flight and hotel bookings. Such an app would provide RIL engagement for its consumer businesses and insights into consumer spending.

It’s interesting that Facebook is backing Reliance despite its ambitions of using WhatsApp as a micro-ecommerce and payments platform, especially now that it has finally got the government go-ahead after fight for it for nearly two years?

The companies are said to be in the process of due diligence and Morgan Stanley has been appointed the investment banker. Further, the discussions are said to have been compartmentalised within the companies. The final deal is yet to be drafted, but options could include Facebook investing in Reliance or both pooling in resources to set up a new company. The report said that both companies have hired top consultants and lawyers based in the US to explore all aspects — from legal issues to taxation.

However, this plan may take some time, as the priority for Reliance Retail right now is to keep stores running so that consumers get supplies.

The ecosystem has been buzzing for the last few years with several companies trying to be a super app. The model platform for such ‘super apps’ has been WeChat which enjoys massive usage in China.

Industry estimates show that the most active 50 Mn internet users in India take cabs twice a day, order food thrice a week, order groceries once a week, shop online once every two weeks, book a flight or movie ticket once in two months and pay for most of this digitally. The players who are trying to super include Paytm, PhonePe, Hike, Amazon, Flipkart etc.