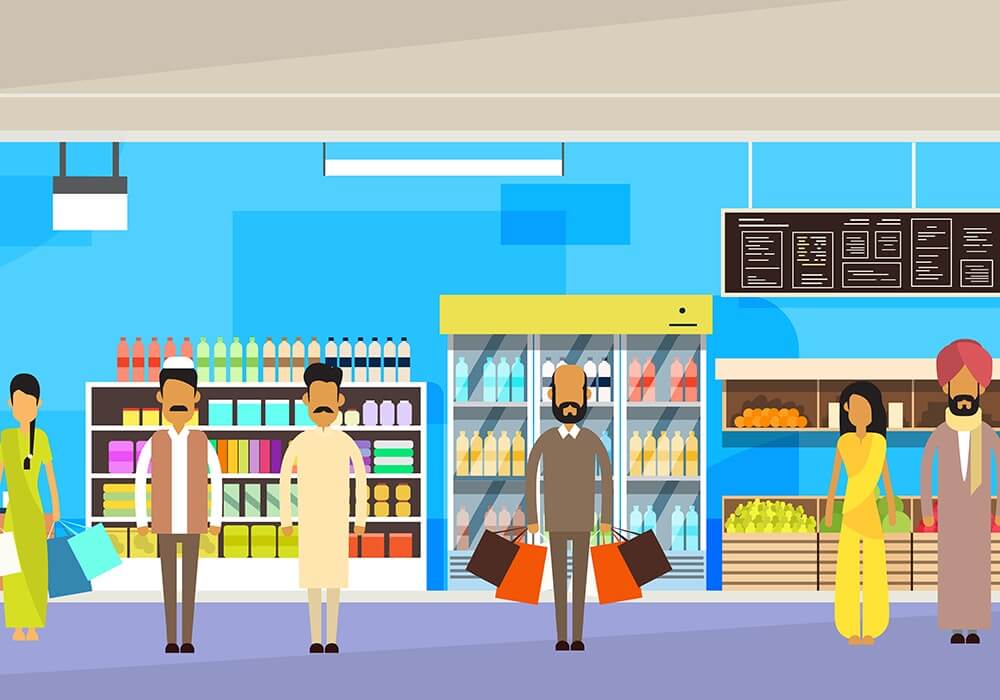 Post losing its bid for acquiring Flipkart, Amazon has reportedly begun talks with Future Retail Limited to acquire 10% stake in the company that owns the Indian hypermarket, supermarket and home segments — Big Bazaar, Easy Day, Foodhall, among others.

As reported in Factor Daily, sources have confirmed the news of the ongoing talks. One of them was quoted as saying, “Talks are in advanced stages, and might materialise in the next couple of weeks… there are other parties who have had discussions with Future (Retail) too, but Amazon has the best chance.”

A response from Future Retail could not be solicited to Inc42’s email query at the time of publishing this report.

Inc42 had earlier in February reported that Future Group is eyeing a strategic alliance with Amazon. Future Group CEO Kishore Biyani also met Amazon founder Jeff Bezos in the US to initiate the discussions.

Amazon which has been bringing a number of segments into its platform, this deal will position the ecommerce firm well in its retail journey in India. Reportedly, other ecommerce giants like Walmart and Alibaba are also eyeing to own stakes in Future Retail.

Amazon is the first foreign company to start with its food retail venture in India after receiving the final nod from the India government in July 2017. In February this year, it started its pilot service in Pune to sell locally made and packaged food to the consumers. It has already launched Amazon Now, an app for food and grocery items home delivery, and has opened 15 fulfilment centres to create a specialised network for its hyperlocal grocery delivery business.

Why Is Amazon Looking To Ink A Deal With Future Group?

Headquartered in Mumbai, Future Group has a prominent presence in the Indian retail market through supermarket chains like Big Bazaar and Food Bazaar, lifestyle stores like Brand Factory, Central, etc. It also controls a sizeable share of the country’s FMCG and integrated food sectors.

In November 2017, the Kishore Biyani led conglomerate had announced the launch of Retail 3.0 business model ‘Tathaastu’ which would blend technology with brick and mortar. Under this model, it plans to become Asia’s largest integrated consumer retailer by 2047 with revenue in excess of $1 Tn. The leading retail chain is also on an aggressive expansion mode and had recently announced the opening 10,000 member-only Easyday stores.

Interestingly, Biyani has also visited China to meet Alibaba officials. As per reports, the trip allowed Biyani to study and evaluate Alibaba’s business model to determine if it can be replicated in India.

Other Top Players On The Fray

As Inc42 earlier reported, Flipkart is also building a dedicated supply chain for its grocery category under Supermart. As the Walmart-Flipkart acquisition deal is getting near to closure, Walmart has already planned to assist Flipkart to help build a large food and grocery business. Flipkart will be able to procure grocery and consumer goods directly from Walmart’s wholesale stores that has announced to open 50 new stores in India from the current 21 stores within the next five years.

Another established player on the fray is the Bengaluru-based hyperlocal grocery delivery company BigBasket. In February this year, BigBasket raised $300 Mn Series E funding in a round led by Chinese conglomerate Alibaba after getting CCI nod for investment.  BigBasket is also among the 34 startups that could potentially join India’s unicorn club by 2020, as per Inc42’s Annual Indian Tech Startup Funding Report 2017.

Additionally, Jack Ma-led Alibaba-backed Paytm was planning to integrate the Bengaluru-headquartered online grocery delivery company on its platform. As more than half of Paytm Mall’s orders belong to the grocery and FMCG categories, this integration is expected to increase the orders to 60%.

On the other hand, Gurugram-based online grocery delivery startup Grofers is said to be in talks to raise $60-65 Mn in funding from to be led by Japan’s Softbank Group with Tiger Global Management’s support. Till date, the company has raised close to $180.2 Mn funding across multiple rounds. It offers deliveries in 26 cities at present.

As of March 2017, BigBasket held about 35% market share in the online grocery segment, closely followed by Grofers at 31.5% and Amazon at 31.2%, a report by Kalagato said.

A report by RedSeer Consulting said that the online grocery market stood at $1 Bn in 2017. As per a Goldman Sachs report, “The domestic online retail industry is evolving into a hyperlocal, on-demand market. India’s ecommerce market is estimated to grow 15 times to $300 Bn by 2030.”

Speculations are ripe that if Amazon is able to crack this deal with Future Retail, then Walmart-Flipkart will certainly have to face cut-throat competition, and it would be interesting to watch-out the game-changing scenario in India’s ecommerce space.