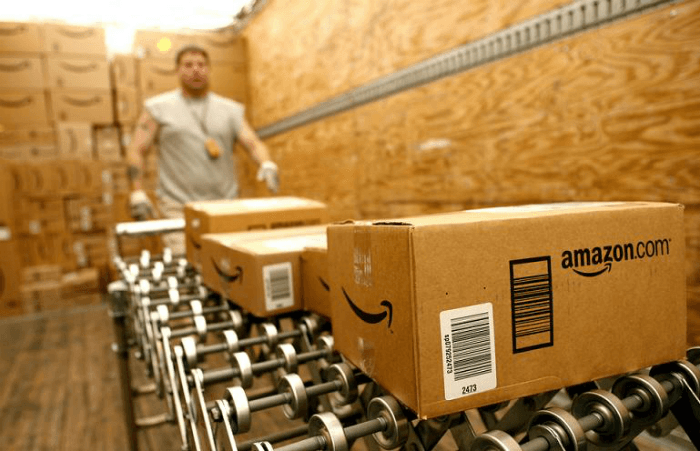 In an attempt to woo customers and to provide faster delivery of products, ecommerce player, Amazon India has announced that it will now deliver products on Sunday to residential addresses across 100 cities at no extra cost.

Now, customers on Amazon.in can count Sunday as a regular day for receiving deliveries. Customers, while placing an order, can select an address marked as “Home” and see Sunday delivery promises during checkout.

The company will continue to expand Sunday delivery promises for residential addresses for all FBA (Fulfilled by Amazon) products to other cities.

Speaking on the move, Samuel Thomas, Director Transportation & Logistics, Amazon India said, “With our Sunday delivery promise, customers now have the benefit of getting uninterrupted deliveries of their orders through the week. We are very proud to be the first ones in India to offer Sunday Delivery at this scale. This capability now allows us to make faster and more accurate promises to customers.”

The company said that the customers who are ordering with one-day delivery on Saturday and selecting a residential address will now see Sunday promises instead of Monday promises that were shown earlier.

Amid rising competition in the ecommerce space, it seems that e-retailers are finding new ways to attract more and more buyers. Besides, ecommerce firms are also experimenting new things and open to other innovative ideas related to product delivery in a bid to enrich customer’s experience.

Just yesterday, Amazon India has announced that its pickup services, which started last year has now grown from 20 pickup centres in Bangalore to 800+ points across 45 cities which also include Thoothukudi, Thanjavur, Vijayawada, Belgaum, Kolhapur, Rajkot and Ludhiana.

Moving on the same path, India’s largest online retailer, Flipkart had also announced its plans to set up 500-1,000 sqft pickup or collection centres in smaller cities with a population of up to 50,000. As per the media reports, the company could start the process soon with around 270 such centres by the end of March 2017.

Besides, Delhi-based online marketplace Snapdeal has also done a pilot on establishing collection centres recently and in future it is looking at doing full-scale zone up programmes on these collection centres.

Earlier in November 2013, Amazon had launched Sunday delivery service in Los Angeles and New York through a partnership with the US Postal Service. And later expanded it to 15 new cities including Dallas, New Orleans and Philadelphia, as well as a dozen other cities across Indiana, Kentucky, Louisiana, Ohio, Oklahoma and Texas.

The Sunday delivery service from Amazon India can be seen as an attempt to provide better service for their customers. Seeing the cut-throat ecommerce market in India, companies are forced to come up with new ideas so as to distinguish themselves from rest of the players. Sooner or later, this is force other players like Flipkart and all to do the same. It’s just a matter of who comes up first with the idea as others are always gonna copy it.