Mahindra has received an order of 1,000 units of electric three-wheeler from Amazon India

In December 2020, Amazon was in talks with multiple Indian OEMs, including Mahindra Electric, Kinetic Green, Altigreen, Etrio and others. 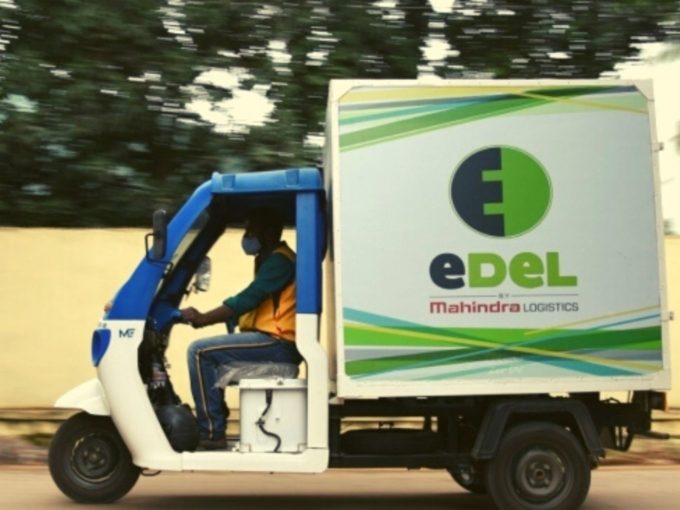 Ecommerce giant Amazon, which had previously planned to have 100K EVs in its global fleet by 2030, is in talks with the automobile giant Mahindra Electric to source electric three-wheelers for its global operations. As part of its pledge to become carbon neutral by 2040, Amazon is looking to add EVs to its delivery fleets around various markets.

Mahindra Electric is said to have delivered its electric three-wheeler Treo Zor to Amazon’s logistics partners in Japan and Vietnam for a pilot run, sources close to the development told the Economic Times.

Besides other markets, in India, Amazon is said to have ordered 1,000 units of the three-wheeler, which is claimed to be the largest order of its kind for electric vehicles. Besides Mahindra Electric, automobile OEM Kinetic Green had previously claimed to have received an initial order of 200-300 units last year.

Mahesh Babu, CEO of Mahindra Electric told ET that the company has already delivered 300 units of Treo Zor to Indian ecommerce logistics providers, including Amazon India. It has an order book of a further 800 units, which is expected to be completed by April 2021.

Besides Amazon, Mahindra’s EVs are currently being deployed with Bigbasket, Jio Mart, Flipkart and others in India. The company also claims to be seeing demand in the UK for passenger and electric rickshaws.

Amazon India had announced in December 2020 that it was in talks with multiple Indian OEMs, including Mahindra Electric, Kinetic Green, Altigreen, Etrio and Gayam Motor Works among others, to procure customised electric vehicles for its last-mile deliveries.

At the time, Amazon had mentioned that it will not procure EVs directly from OEMs, but will work with logistics partners to buy the vehicles, thereby ensuring that only high quality and high specification vehicles are procured. Accordingly, ecommerce giant was looking for EVs that can carry a payload of about 500-600 Kg with a range of about 150 Km and a top speed of 50 Km per hour.

In January, Amazon India had announced its plans to onboard 10K electric vehicles for its delivery facility by 2025. Founder Jeff Bezos had said that these electric vehicles would be operating in over 20 cities, including Bengaluru, Delhi NCR, Hyderabad, Ahmedabad, Nagpur, Pune and Coimbatore among others.