Amazon has also pledged to reach 80% renewable energy by 2024 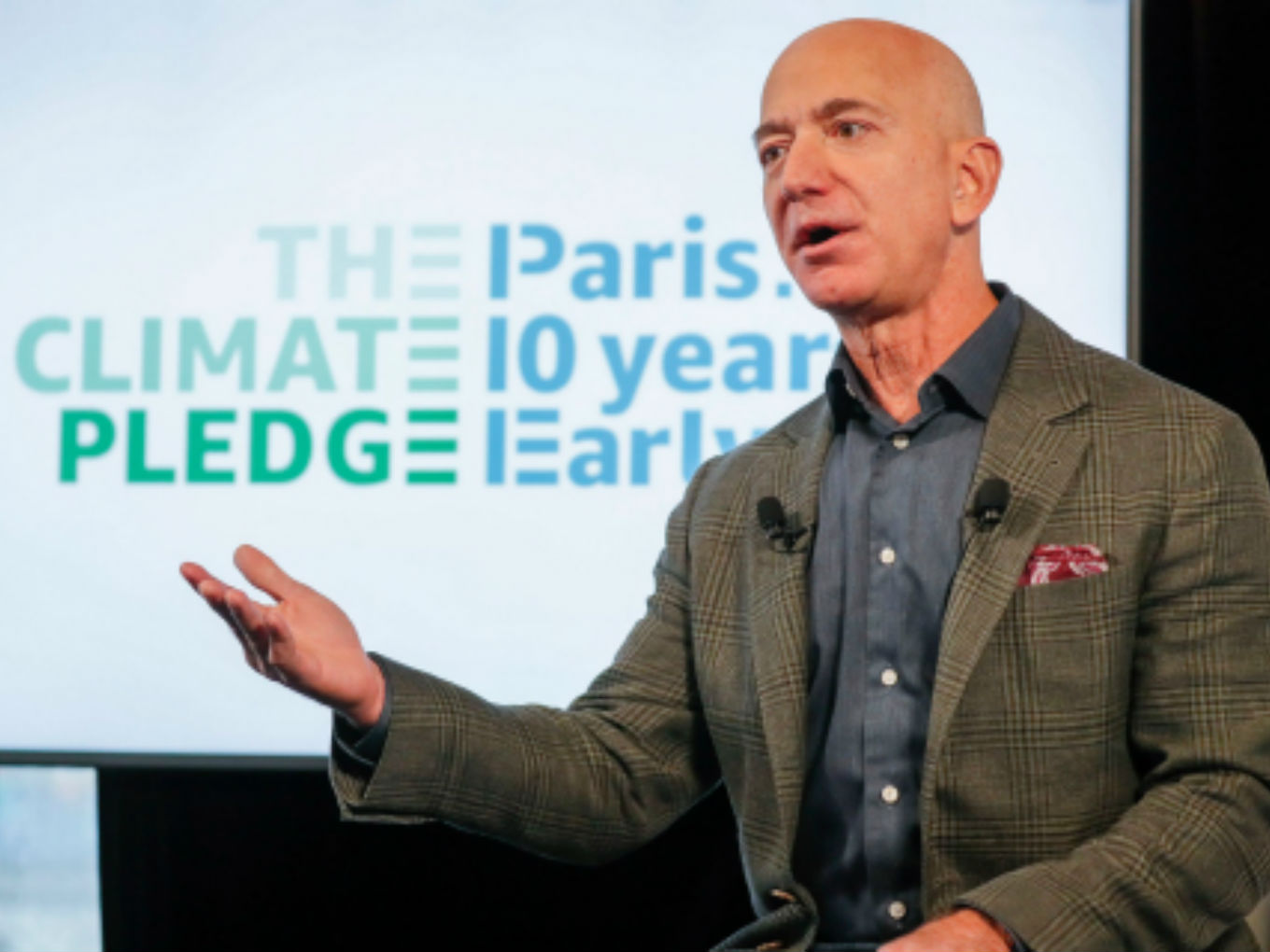 Global ecommerce giant Amazon has joined the electric vehicle push as it tied up with Global Optimism to announce The Climate Pledge, a commitment to meet the Paris Agreement 10 years early. The Climate Pledge calls on signatories to be net-zero carbon across their businesses by 2040—a decade ahead of the Paris Accord’s goal of 2050.

The announcement came on Thursday (September 19) as Amazon also said that they have ordered 100K electric delivery vehicles from Rivian with vans starting to deliver packages to customers in 2021. Amazon plans to have 10,000 of the new electric vehicles on the road as early as 2022 and all 100,000 vehicles on the road by 2030. It claims that this will help in saving 4 Mn metric tons of carbon per year by 2030.

Christiana Figueres, the UN’s former climate change chief and founding partner of Global Optimism said, “With this step, Amazon also helps many other companies to accelerate their own decarbonization. If Amazon can set ambitious goals like this and make significant changes at their scale, we think many more companies should be able to do the same and will accept the challenge.”

Jeff Bezos, Amazon founder and CEO said, “If a company with as much physical infrastructure as Amazon—which delivers more than 10 Bn items a year—can meet the Paris Agreement 10 years early, then any company can. I’ve been talking with other CEOs of global companies, and I’m finding a lot of interest in joining the pledge. Large companies signing The Climate Pledge will send an important signal to the market that it’s time to invest in the products and services the signatories will need to meet their commitments.”

The deployment comes at a time when a switch to the use of electric vehicles is seen as a necessity in helping reduce vehicular emission. Improving the air quality is the need of the hour as the 2018 State of Global Air report revealed that 95% of the world’s population lives in areas with worse air quality than the WHO guidelines for healthy air.

In a bid to ensure greener mobility, the Narendra Modi-led government had taken several steps to promote production and adoption of electric vehicles in India. NITI Aayog had recently proposed that only electric vehicles should be sold in India by 2030. For this, it called for complete electric transition for three-wheelers by 2023 and two-wheelers with an engine capacity less than 150 CC by 2025.