Available Online And At Offline Retail Stores, Echo Spot Is A Smart Device Powered By Alexa 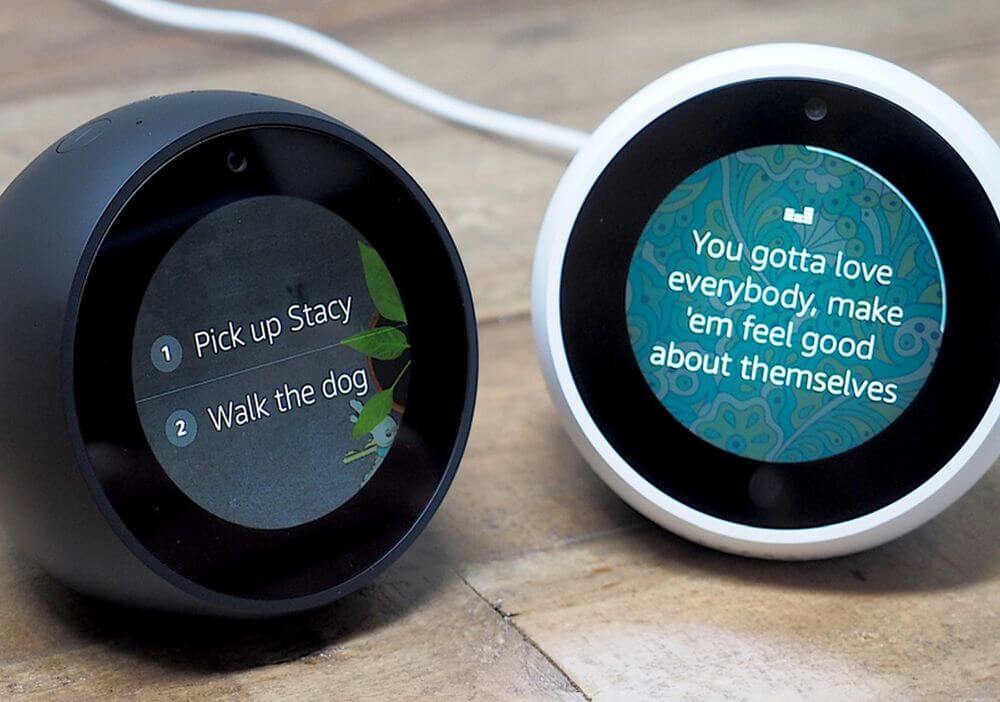 Less than two months after announcing the commercial availability of Echo products – Echo Dot, Echo, and Echo Plus in India, ecommerce giant Amazon has now brought video-enabled Echo Spot to the country. Shaped like an alarm clock, this smart device is based on Alexa, which is Amazon’s voice-controlled virtual assistant.

In addition to being available online, Echo Spot is now being sold at the Amazon Devices kiosks in Benglauru, Mumbai, and over 350 offline retail outlets across 20 cities in India.

Priced at $194.8 (INR 12,999), Echo Spot is designed to fit into any room of one’s home, allowing users to easily complete a variety of tasks such as viewing the calendar, seeing the weather update, checking time, setting alarms, turning lights on and off and going through the shopping and to-do lists, among other things.

Commenting on the launch, Jayshree Gururaj, Director of Amazon Devices said, “Echo Spot combines the popular design of the Echo Dot with the added benefit of a display. With the screen, Alexa adds an enriching visual experience to voice activation and control. We are excited to bring Echo Spot to our customers in India.”

Video calls work between any two Echo Spot devices and also with the Alexa companion app that is available on Android and iOS app stores. As per the company’s media statement, the smart speaker comes with a ‘Drop In’ feature, which aims to recreate the feeling one gets when close family or friends drop by for a visit. The feature is available on all Echo devices in India including the Echo Spot, Echo Dot, Echo and Echo Plus.

Prime members can also shop on any Echo device using only their voice. With Echo Spot, one can also see the product image, title, price and user ratings on the screen when shopping. Users can purchase products immediately or add items easily to the shopping list or cart.

Further, Echo Spot features second generation far-field technology with four microphones, acoustic beamforming technology, and enhanced noise cancellation, which ensures that the user’s voice gets recognised even from across the room. 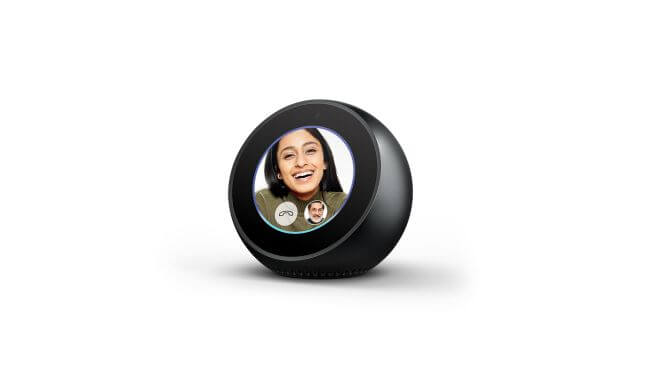 Apart from all that, Amazon Echo Spot comes equipped with a number of other features, which are as follows:

How Amazon Is Pushing Its Alexa Enabled Smart Speakers Business

Competing against Google Home and Google Home Mini, which incidentally were launched recently in the Indian market, Alexa is Amazon’s voice-controlled speakers designed entirely around the speaker’s voice.

Alexa runs on cloud and will answer questions, play music, turn the lights on and off, give sports scores, check the weather, calls friends and family and more. The company’s Echo devices, on the other hand, are voice-controlled speakers designed entirely around the speaker’s voice. The company claims that they are hands-free and fast. Alexa is the brain behind the Echo devices.

Recently, reports surfaced that the ad spendings of both Google and Amazon, on their respective virtual personal assistant (VPA) products, are expected to touch $9.1 Mn (INR 60 Cr) in the next one year.

Amazon is currently promoting Echo devices at the Indian Premier League (IPL). On the matter, Ravi Desai, Director of Mass and Brand Marketing, Amazon India said, “The team’s focus was to highlight Echo as a family device with varied use cases relevant to each and every member of the family. Our target groups for Echo devices are families that are technology-friendly and willing to spend for convenience.”

Apart from that, the company is also working to fine tune Alexa products for the Indian customer. “We have expanded her natural language understanding to fully comprehend context and intent, even if the sentences include Hindi, Tamil, Telugu, Kannada, Malayalam or Punjabi proper nouns. You can ask Alexa to add ‘atta’ to your shopping list,” added Desai during a media interaction earlier this month.

Interestingly, Google has also started running a ‘Make Google Do It’ ad campaign. The campaign, which is targeting millennials, is designed to encourage the use of voice assistants on Android phones, particularly for navigation, playing audio and texting.

Challenging Amazon’s dominance in the smart speakers market, the search engine giant is now programming its virtual assistants with an Indian accent, in a bid to more customers in the country.

The Indian ecommerce market poised to touch $200 Bn by 2026, as per a report by Morgan Stanley. As voice technology becomes the new revolution, companies are increasingly recognising the industry potential and diving their way into voice tech. For instance, we have luxury phone maker Apple’s in-built voice-based assistant Siri, which has been a major attraction for its users.

With Amazon unveiling smart speaker Echo Spot to offer the convenience of video to its customers, how the war between Google and Amazon pans out will, in turn, determine the winner of India’s burgeoning consumer Internet market.