In a statement, Amazon has denied the arrest of its executives

Last week, the Madhya Pradesh Police registered a case against executives of the ecommerce giant under the NDPS Act.

The case against has been registered under Narcotic Drugs and Psychotropic Substances Act, 1985 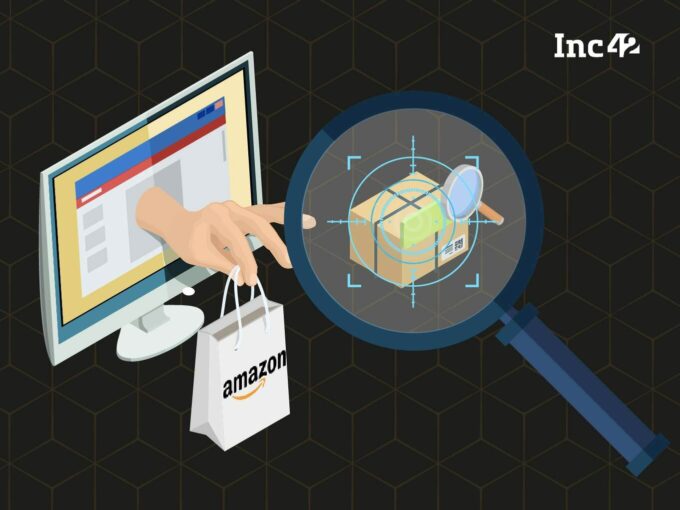 The Visakhapatnam Police has arrested four people in relation to the ongoing investigation of the online sale of marijuana through the Amazon India platform.

The four people arrested include three delivery executives of the ecommerce major.

According to the Bhind Police, Venkateswara Rao is a van driver with Amazon. While Swamy and Raju are pickup boys with Amazon, the police alleged.

The FIR also mentioned the name of Chilakapati Mohan Raju and said that he is on the run.

As per the press note by Bhind Police, Suraj Singh Pawaiya who was arrested in Madhya Pradesh last week, had confessed to sourcing the drug from Chilakapati Srinivasa Rao. Rao had arranged for a rented room in Visakhapatnam from where he would give the drug in Amazon packets weighing 2 kilograms each to delivery agents of the platform, according to the police.

Based on this information from Bhind Police, the Special Enforcement Bureau of Visakhapatnam Police made the arrests on Saturday.

The case against the accused has been registered under Narcotic Drugs and Psychotropic Substances Act, 1985.

“There are media reports of third party delivery contractors being investigated, but we cannot confirm these reports,” it added.

Last week, the Madhya Pradesh Police registered a case against executives of the ecommerce giant under the NDPS Act.

The case has been registered under Section 38 of the NDPS Act, which pertains to the role of companies and their management in an offence related to narcotic substances.

Speaking to Inc42 on Saturday (November 20th), Manoj Kumar Singh, the Superintendent of Police of Bhind District, Madhya Pradesh, said that the case has been registered against the Board of Directors of Amazon Seller Services Pvt Ltd (ASSL), an Amazon India subsidiary. The FIR, however, does not mention any name, he added.

On November 14th, the local police arrested two people for selling marijuana in Bhind. According to the police, they were using the Amazon India platform to procure and sell those products, following which they summoned the local manager of the ecommerce behemoth in Gwalior.

The FIR registered then mentions Suraj Singh Pawaiya and Brijendra Singh Tomar as the two accused in the case. The product was sourced from Visakhapatnam (Andhra Pradesh), and sold through an unregistered company with a fraudulent GST number, Singh had told Inc42. He added that the marijuana was delivered to addresses in Gwalior, Morena and Bhopal in Madhya Pradesh and Haridwar in Uttarakhand.

On November 17, the Confederation of All India Traders (CAIT) wrote to the Narcotics Control Bureau (NCB) to investigate Amazon’s role in the illegal online sale of Marijuana in the country.

In its letter, the traders’ body alleged that the US-based ecommerce giant is also “actively involved in the smuggling of Marijuana through its platform”.