Currently, the brand is available on the online babycare store FirstCry with clothes ranging from INR 350

Last month, Alia Bhatt had invested an undisclosed amount in Nykaa through a secondary transaction 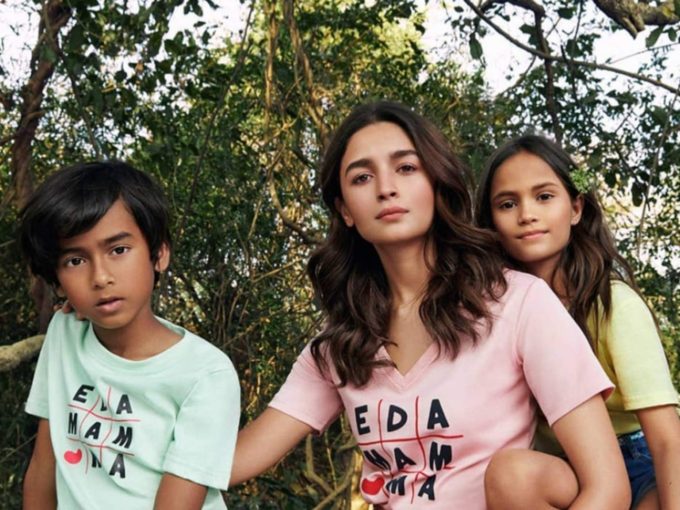 After investing in Nykaa and StyleCraker, Bollywood actor Alia Bhatt has launched a startup called Ed-a-mamma which caters to the kidswear category. It offers clothes for children in the age group of 2-14 years.

Currently, the brand is available on the online babycare store FirstCry with clothes ranging from INR 350. It is expected to be launched on Amazon and Flipkart early next year. Also, the company will launch a dedicated ecommerce website in April 2021.

The startup claims to have naturally sourced and sustainable apparel for children. Last month, Alia Bhatt had invested an undisclosed amount in Nykaa through a secondary transaction. Actor Katrina Kaif, who had launched her own beauty line ‘Kay Beauty’ on the platform last year, invested in the beauty and ecommerce brand.

Unlike other celebrity brands which are either co-created or have a revenue-sharing model, Ed-a-mamma is Bhatt’s own venture which is fully funded by her.

“Unlike the saturated fashion market for women, we have realised there’s a big gap when it comes to a world-class clothing brand for children which is made in India,” Bhatt told Mint.

She further said that the company has used organic cotton and non-plastic buttons for the clothes. “We strongly believe in the ‘reduce, reuse and recycle’ proposition and use the leftover fabrics to make hair ties and potlis. Most of our tees come with environment centric messages printed on it. Every order placed comes with a ‘Seed Ball’ which contains seeds of live plants which motivates young children and their parents to plant trees.”

The company claims to have sold 70% of the range since the launch six weeks ago. “It’s reassuring that the product can sell on its own and as the demand increases we will look into other verticals such as accessories, footwear and toys,” Bhatt added.