Maharashtra Defence and Aerospace Venture Fund led the funding round

AjnaLens is also planning to invest this fund for market expansion

AjnaLens was founded by Pankaj Raut, Abhishek Tomar and Abhijit Patil in 2014 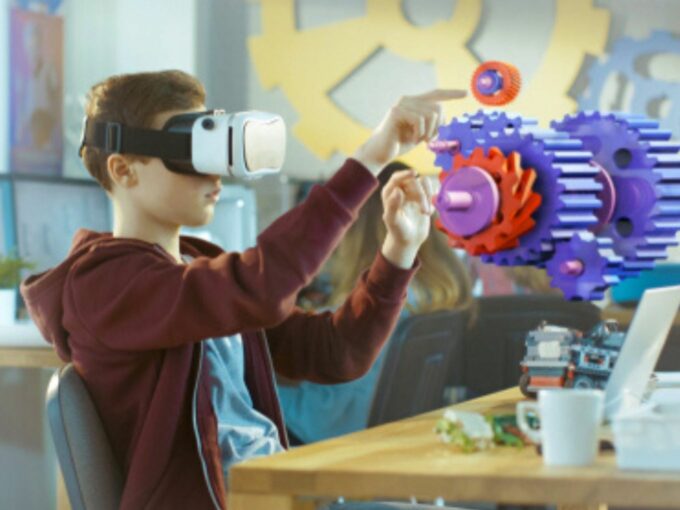 Thane-based deeptech startup AjnaLens, on Thursday (February 27), announced that it has raised $1.5 Mn in its Pre-series A funding round led by Maharashtra Defence and Aerospace Venture Fund (MDAVF). Mohsin Group and other high-net-worth individuals (HNI) Nailesh Khimji, Chirayu Khimji, and Jay Jesrani also participated in the round.

With the new funds, the company is planning to enhance its offerings, manufacturing, technology, and product capabilities. Additionally, AjnaLens is also planning to invest this fund for talent acquisition and market expansion.

Founded in November 2014 by Pankaj Raut, Abhishek Tomar and Abhijit Patil, AjnaLens leverages technologies such as augmented reality (AR), virtual reality (VR), and artificial intelligence (AI) to offer mixed reality hardware which is used by clients working in the area of defence and education. It also offers these glasses as a tech enterprise product as well.

Applauding Make in India Initiative, Raut, who is also the CEO of AjnaLens, said that the company got appropriate support from the government to design and manufacture all its products in India. AjnaLens claims that its flagship product — a military-grade AI-powered mixed reality glasses AjnaBolt — is a high-quality MR product for the defence sector. “AjnaBolt enhanced the capabilities of armed forces and internal security personnel,” said Amey Belorkar investment manager of MDAVF. It also offers AjnaLite and AjnaLite+ VR headset which provides holographic clarity.

Many government defence organisations such as Indian Army, Indian Airforce, Indian Navy, DRDO, Maharashtra Government and other private players like ATOP food, Khimji Ramdas, PM Experts, among others are using products made by AjnaLens.

According to a Digi-Capital report, the global market for AR platforms is expected to grow rapidly from $8 Bn in revenues in 2019 to $60 Bn by 2024. India is increasingly witnessing a growing number of virtual reality and augmented reality startups. Startups such as Imaginate are also offering solutions for defence and medicine, among other uses. Other startups which are also leveraging AR/VR in their operations include Foyr, Absentia VR, Whodat, among others. Moreover, furniture marketplace Pepperfry, which is on its path to enter the unicorn club, is also looking to bet on virtual reality as well.