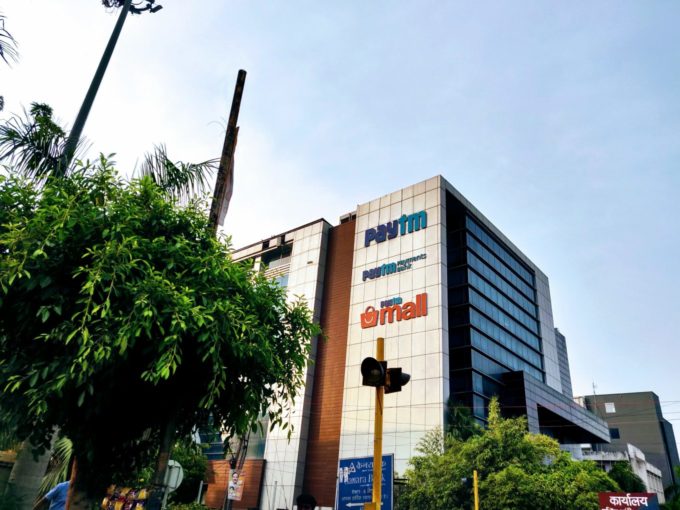 The company achieved this  on the back of lowering its expenses from INR 6,138.23 Cr in FY20 to INR 4,782.95 Cr in FY21, the company’s annual report showed. While Paytm spent a staggering INR 1,397.05 Cr in marketing in the financial year ending March 2020, the digital payments company tamped down its marketing spend by 62% to INR 532.32 Cr amid the pandemic as digital adoption went up.

“We used to spend $20-25 Mn a month on cashbacks before, but now we spend $1 Mn but are still gaining the market share,” Paytm founder and CEO Vijay Shekhar Sharma had said at The Makers Summit hosted by Inc42 in March this year. 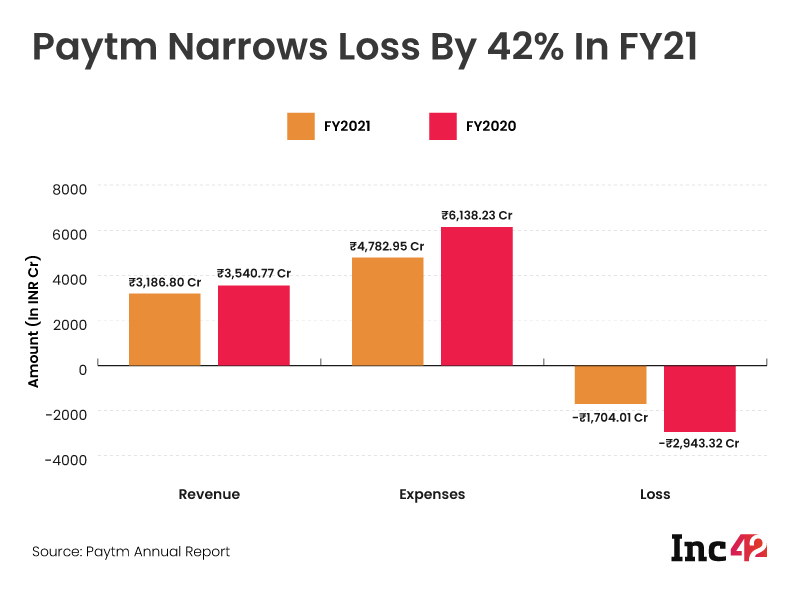 Expected to file its draft red herring prospectus with the markets regulator Sebi by next month, Paytm said in its financial statement that its earnings per share has improved from negative (-) INR 488.13 in FY20 to negative(-) INR 281.69 in FY21.

Paytm’s much-anticipated public market debut will include a mix of new and existing shares to meet regulatory obligations in India, and offer partial exit to some existing backers. The company has shortlisted Morgan Stanley, Citigroup Inc and JPMorgan Chase & Co as advisors for this IPO, with Morgan Stanley as the top contender. The IPO process is expected to start from late June or early July onwards, as per reports.

Founded in 2000 by Vijay Shekar Sharma, One97 Communications started out as a prepaid and mobile recharge platform before Paytm was launched in 2010. Paytm is today one of the biggest digital payments companies in India with its offering spread across digital payments like UPI, credit and debit cards, wealth management through Paytm Money, banking services through Paytm Payments Bank and more.

According to research firm AllianceBernstein’s pre-IPO primer for Paytm, which has been reviewed by Inc42, the company has shown financial discipline which is rare in the hyper-competitive payments space. Paytm is said to be on track to break even in 12-18 months and the research report expects Paytm to lead the payments and fintech market because of its diversification.

Paytm Payments Bank also achieved an all-time high monthly target by opening over 1 Mn new savings and current accounts in March 2021, with the total number of bank accounts going up to 64 Mn. It also led the beneficiary banks on UPI platform, by processing 469.8 Mn transactions in March and 430.04 Mn in April. This allows Paytm to have a wide base from which to earn revenue.