On Friday, Nigerian telecom operators suspended Twitter services after the platform deleted a remark where the Nigerian President Muhammadu Buhari referred to the country’s past civil war in a warning about recent unrest

International human rights groups and diplomatic missions of the EU, US, UK and Canada have issued statements condemning Twitter’s suspension 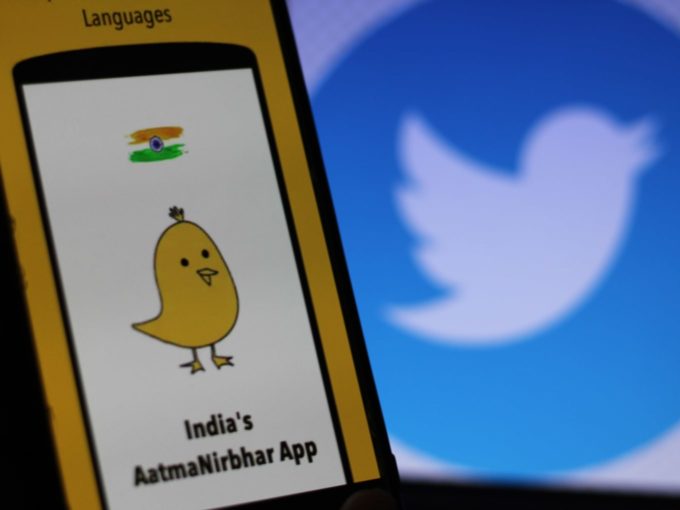 After social networking platform Twitter was banned in Nigeria over the weekend, Indian platform Koo announced that it will expand operations in the African nation.

Founded in March 2020 by Aprameya Radhakrishna and Mayank Bidawatka, Koo was one of the winners of the ‘Atmanirbhar Bharat App Innovation Challenge’ in August last year and has raised over $34 Mn funding so far. On Saturday, Radhakrishna tweeted that the platform is available in Nigeria and that the company is thinking of introducing the platform in additional local languages apart from English. 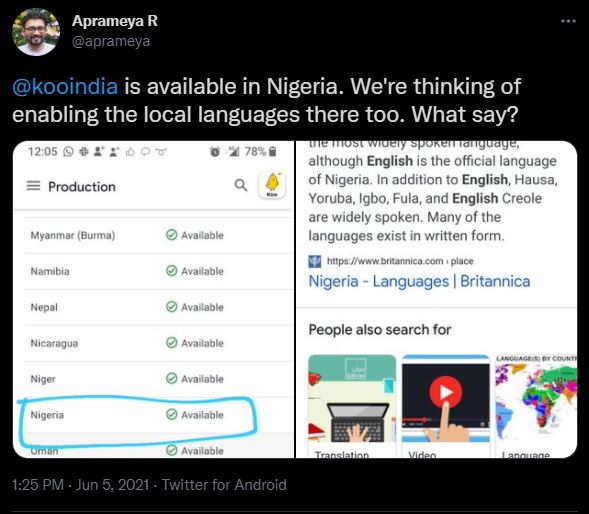 On Friday, Nigerian telecom operators suspended Twitter services after the platform deleted a remark where the Nigerian President Muhammadu Buhari referred to the country’s past civil war in a warning about recent unrest. President’s tweets made a reference to the country’s 30-month civil war in 1967-1970, warning “those who wanted the government to fail” to desist from fomenting trouble.

However, on Sunday Buhari said a state-wide ban on Twitter which prompted international condemnation over the weekend was only a temporary measure in response to misinformation.Twitter has over 39 Mn users in Nigeria. International human rights groups and diplomatic missions of the EU, US, UK and Canada have issued statements condemning the suspension.

Why Koo Matters Or Doesn’t

In the recent past Koo’s API’s have been called out by researchers for not being safe enough and leaking user data. Upon Inc42’s request, the data leaks were cross-verified by independent cybersecurity researcher Rajshekhar Rajaharia, who also discovered that Koo had faulty APIs which were leaking user data. Within hours of that discovery, the company seemed to have made some corrections to its backend to ensure that data does not leak. All the while, the company’s CEO Radhakrishna had been claiming in public that there was never a data security issue with the platform.

A lot has also been written about the content that’s available on Koo where a large section of the user base consists of supporters of the ruling Bharatiya Janata Party (BJP). Top ministers of the BJP government were among the first ones to publicly endorse Koo and create their accounts on the platform, as the very presence of a swadeshi microblogging platform aligns with their slogan of ‘Atmanirbhar Bharat’ or ‘Self-Reliant India’.

While the Indian government has gone on the offensive against Twitter due to various reasons over the past year, several BJP ministers have endorsed the platform. Even when the US based platform and Indian government were having a public showdown about the former’s compliance with the new IT rules for digital platforms, government officials made a point to note that Koo has met the requirements although it is not a significant social media intermediary yet and has less than 50 lakh users.