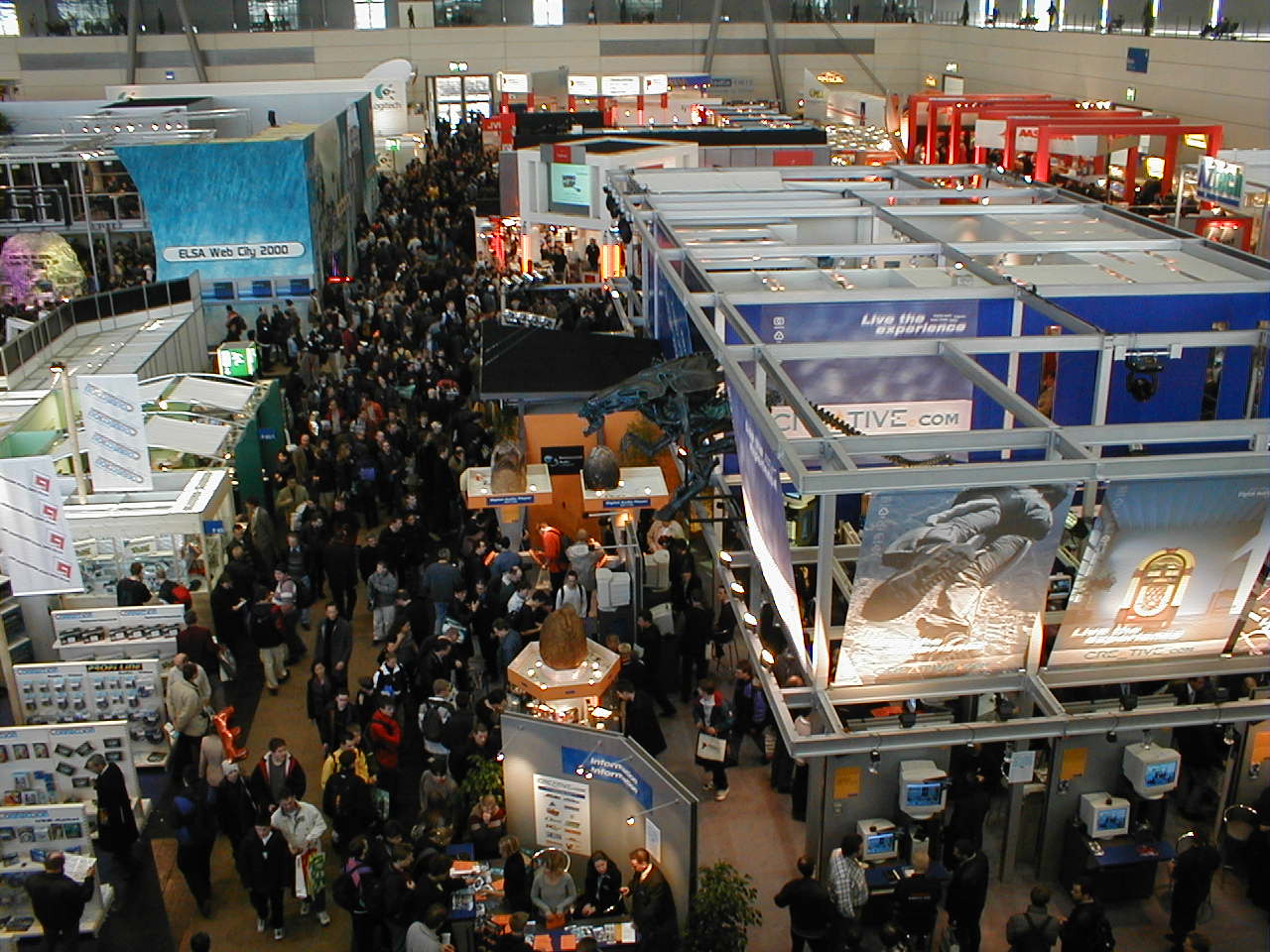 Background: We’re a SaaS business and our target audience is web publishers, most of them monetize their websites using Google AdSense (which is famed for its monthly payment checks). AdPushup helps them optimize their ad layout, which means higher revenue by fighting banner blindness, without compromising on the user experience. So essentially our users generate more revenue from ad networks like AdSense because of us.

The question we had to ask ourselves was – In an offline event, how do you show a visitor in 5 seconds that an online company can help them increase their revenue (specifically online revenue from display ads) while simulating a natural real life occurrence.

For a startup, offline events can get really expensive. In the past (especially when we were bootstrapping), we’ve often skipped exhibiting at events primarily because of the huge cost commitment and uncertain RoI.

Just like the folks over at Groove and Buffer, we too believe in being transparent in our functionality which is why earlier we shared an in-depth description of how AdPushup raised its first angel investment. Then we went ahead and wrote a post about what it takes and how much it costs to build a kickass office for your startup.

Continuing down the same road, here’s what all we learned by exhibiting at an offline event along with the cost analysis and our marketing strategy.

This is a slightly long post, but I promise you that it will definitely help if you’re planning to exhibit/participate an industry event in the near future. So, let’s get started.

Why we decided to exhibit for an offline event:

Our expectation from the event:

Concerns (what all this meant for us):

To get a better idea of how big this event was (and bigger the risk for us), here’s the official AdTech 2015 showreel:

And below is a breakdown of attendees – by job level

Breakdown of attendees – by company type

Here’s a breakdown of the Attendees at the AdPushup booth (data based on a sample size of 100): 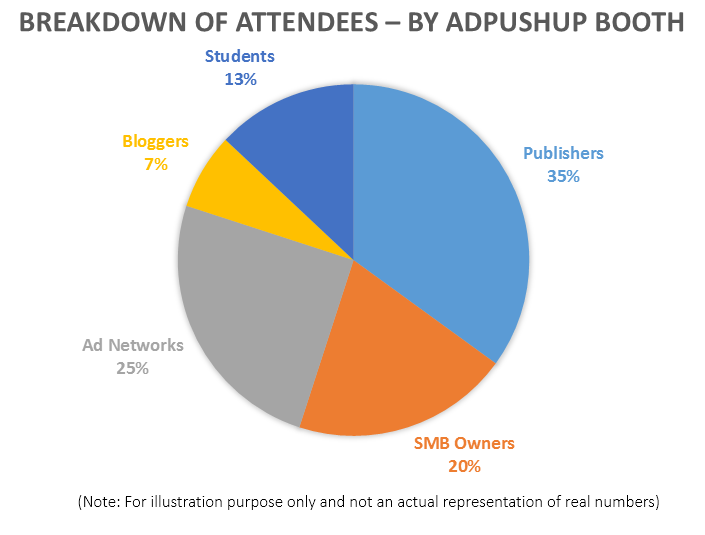 Booth Design: We went for a clean and sober color scheme. Design was presented by the vendors who do booth fabrication – complimentary. 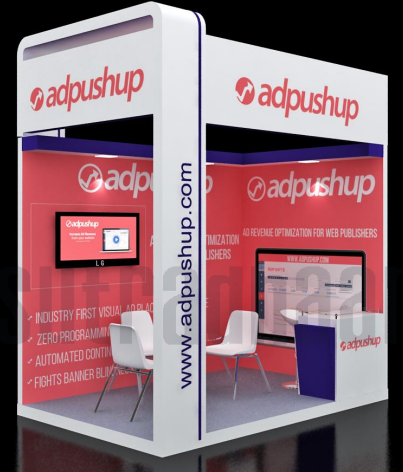 Oversight in booth planning that we found after the event – 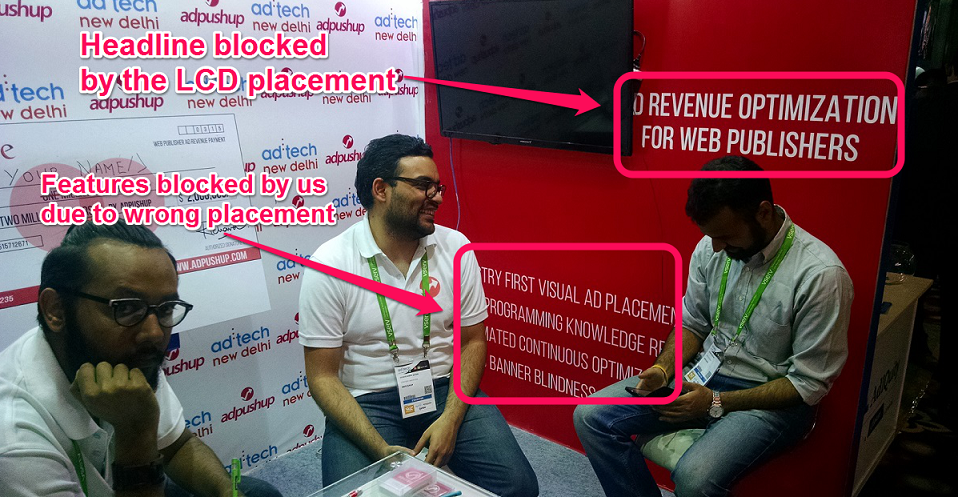 (Positive flip side – Because visitors were unable to see immediately what ‘we do’, they had to direct enquiries and questions verbally towards us instead of just picking up a pamphlet and walking off. This gave us the opportunity to deliver our full marketing pitch to them instead of a bland ‘Read Me’)

Considering the scale of the event, it was obvious that there would be a lot of other exhibitors and most of them would have spent a lot more than us, for this event. So what is it that we can do to attract more footfall?

We were looking for a strategy to attract more people to the booth, with a potential to create something viral on the Internet. The task was to develop an idea that had the capacity to spread with as little money, considering we had already spent a lot on the booth.

It was a given that the strategy should go well with our target audience and not be a strategy just for novelty’s sake i.e. which attract numbers but not results.

While brainstorming, the team came up with a (legally) risky yet very witty idea, which we call as ‘Boogle’. We did it mostly because we though it is going to be fun and which it eventually was.

The simplest and most effective way to do that would be by giving out a gift. A ‘gift’ is immediately processed, accepted and one of the quickest ways to build a relationship based on a positive action (which even the FBI agrees with).

But then a lot of companies give away very expensive gifts at their booths (which we can’t really compete with), so how do we stand out? How do we attract and encourage visitors to our booth?

The answer was – What if we could get an industry celebrity to stand at our booth and give the gifts? A lot of people would definitely want to take pictures with this celebrity and almost certainly share it on their social networks.

Now in the AdTech world (and all over the world) the biggest brand name that everyone is familiar with is Google which is perfect because it deals directly with what we do. Since we Google cannot represent itself in human form to give away the prize, it was necessary to find a person who could complete this function. This person had to be well known, instantly recognizable by our TA and relevant to our industry.

We thought about a lot of good influencers but settled on Larry Page.

I picked up my phone and tried reaching out to Larry Page, asking him to come to India and stand at our booth for two days and help us with the promotion. Nothing unreasonable, eh?

Of course, I’m kidding. But we did the next (arguably) best thing.

We decided that we’d have a cardboard cutout of Larry Page handing out the prize under the ownership of Boogle (apparent legal reasons. For the lawyers reading, I know it’s still deceptively similar).

…and what was our gift/prize? $2 million in Ad Revenue from Boogle.

AdPushup plug: So Larry Page would handover this check from Boogle (synonymous with the AdSense check), to the publisher which will be worth $1 Million, with a strikethrough on the amount and $2 Million written right below it, explaining that AdPushup helped the publisher optimize their ad revenue from a million dollars to two. And we really do that.

Disclaimer: Since Larry Page was not available, we decided to honor him in spirit… by photoshopping an image of him handing out our prop check (yup, we totally piggybacked on his popularity).

And Larry, when you read this – We’re huge fans ourselves, of the Google team and product and we didn’t malign your name in anyway during the execution of this witty plan.
Please don’t sue us.

Here’s a breakdown of the decision making process:

With this strategy, our expectation was to make it a talking point during the event and have a lot of people click pictures at the booth and share it online.

The first thing we needed was an image of a man handing out/receiving something. We found the perfect image at stock photo repository site 123rf.com and purchased it from them for INR 1,200 (USD $18.80): 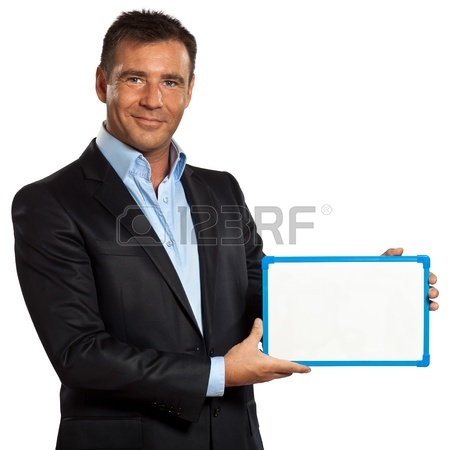 Here’s our first shot at superimposing Larry’s head on the image: 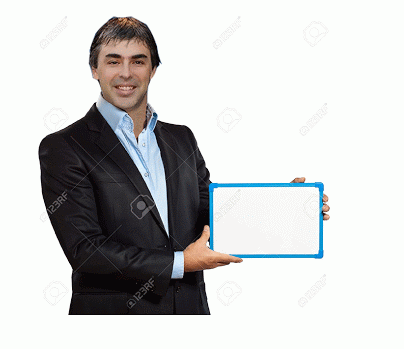 But the facial expression in the above image was quite solemn. On the other hand, we required an image that showed his face excited and full of vigor and which we found in this one: 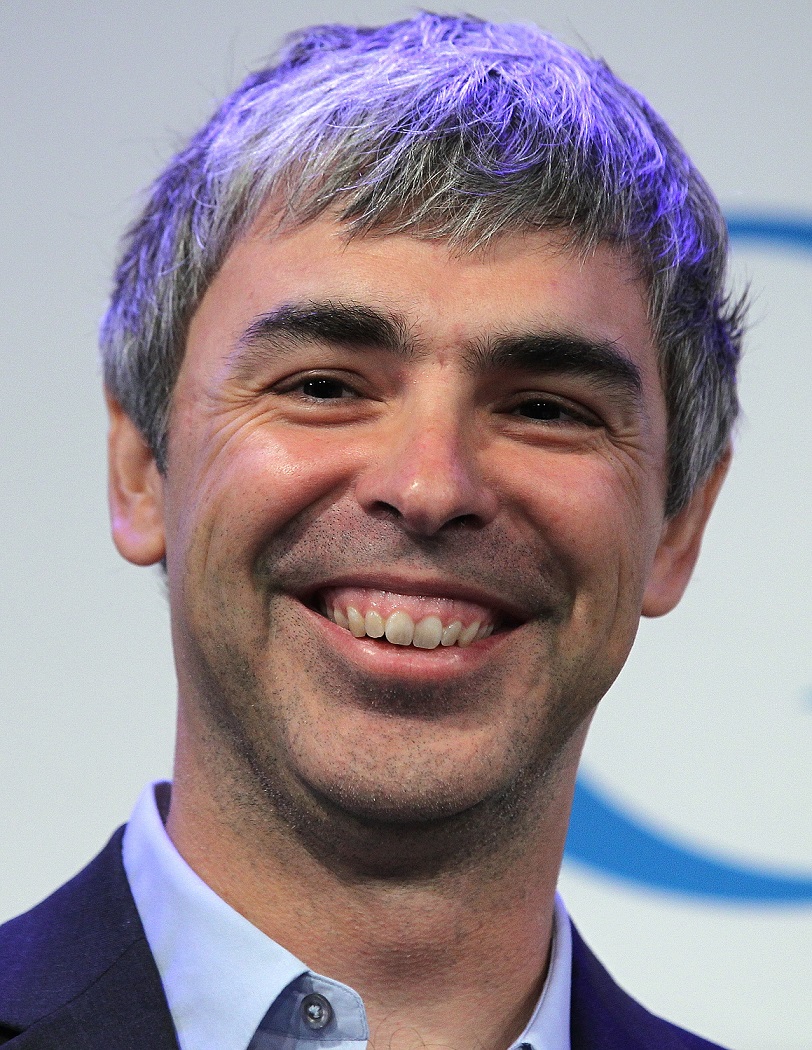 Using basic photoshop we copied Larry’s face from the second image on to the first one thereby making him more in line for our purposes (and I believe we did a pretty rad job about it).

Next was constructing a fake check which was a breeze. Key elements of the check were – 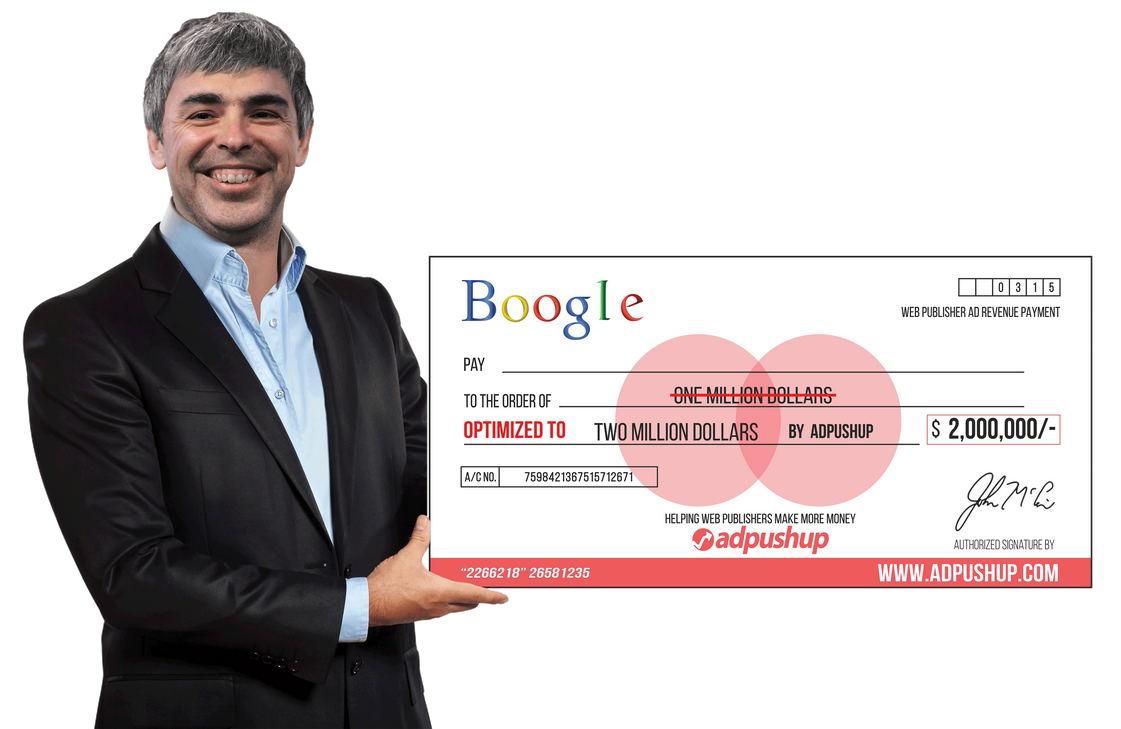 We even had some face masks made under the contingency if things didn’t go as planned. However, hollow eyed Larry didn’t have a very inspiring expression: 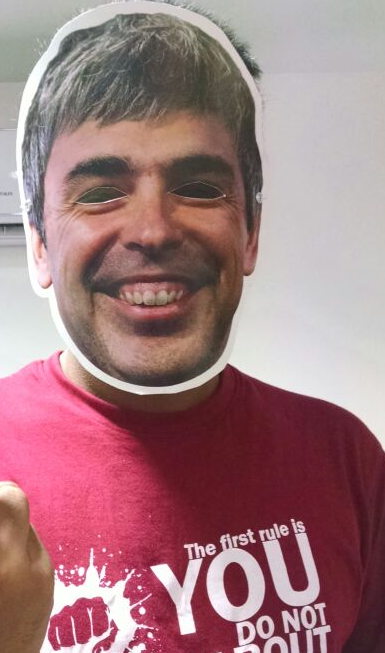 All said and done, here’s the Boogle Strategy in a nutshell – 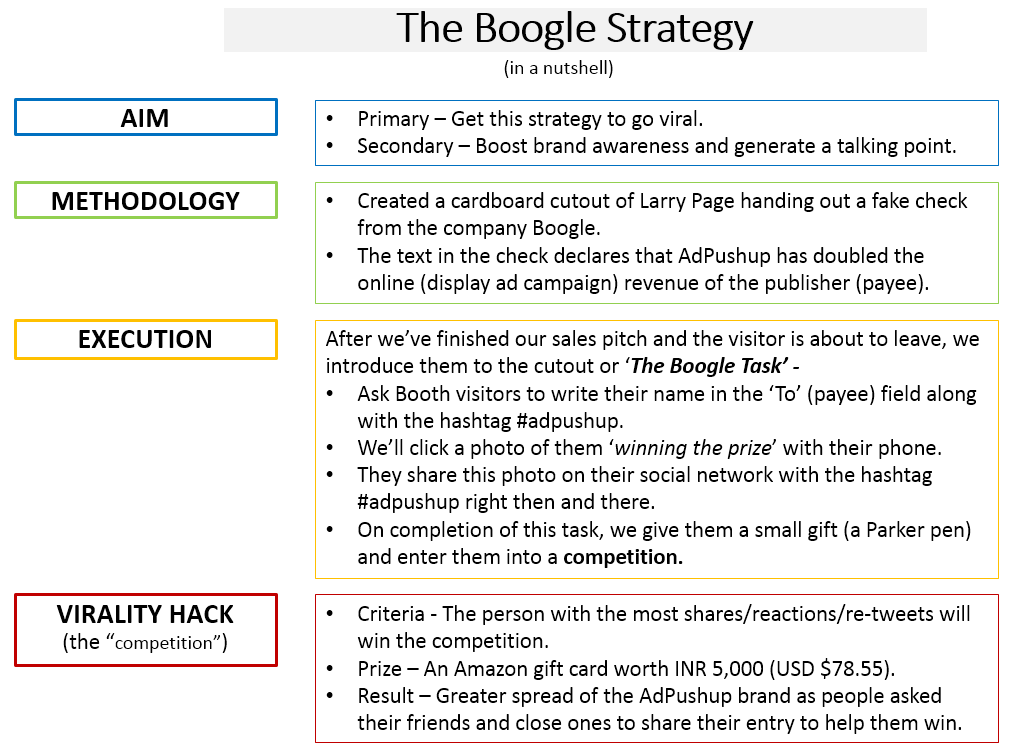 We would first deliver our pitch to our booth visitors and once they were set to leave, we’d hit them with the Boogle task.

We also entered them in a end of the day competition wherein the person with the most shares or retweets (for the picture with Boogle) will get an Amazon gift card worth INR 5,000.

Note: In the beginning few hours we offered to enter them in a lucky draw but that wasn’t too encouraging an award so we changed it to the above process (which was better because now we fueled the virality quotient of this strategy).

Essentially we were optimizing as we went along the day.

8/10 were intrigued and stopped by to find out more about Boogle, specifically, why did we have a cut out of Larry Page.

However, this still wasn’t inspiring enough to get people to take action. It turns out that visitors need an added incentive to commit an action ‘right now’ unless there is an immediate benefit involved, no matter how small or big.

So, a higher conversion of Boogle started once we made two small but important changes –

Here’s a picture breakdown of what we asked patrons to do once they stepped inside the booth: 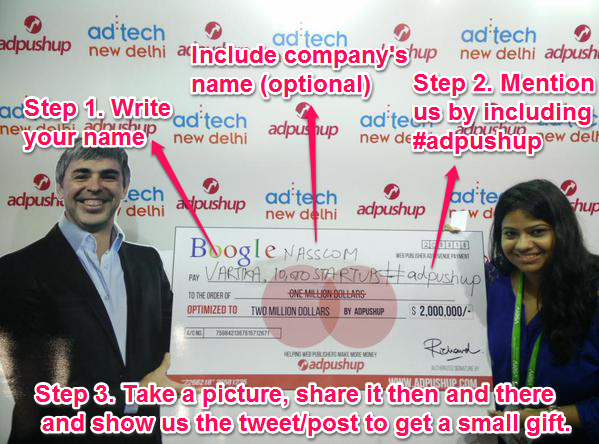 We used the LCD screen to update our Twitter feed with all the pictures. This doubled as a visual cue to intrigue other passers-by into checking us out.

Even personally, I was seeing a lot of activity on my own Facebook post about the same: 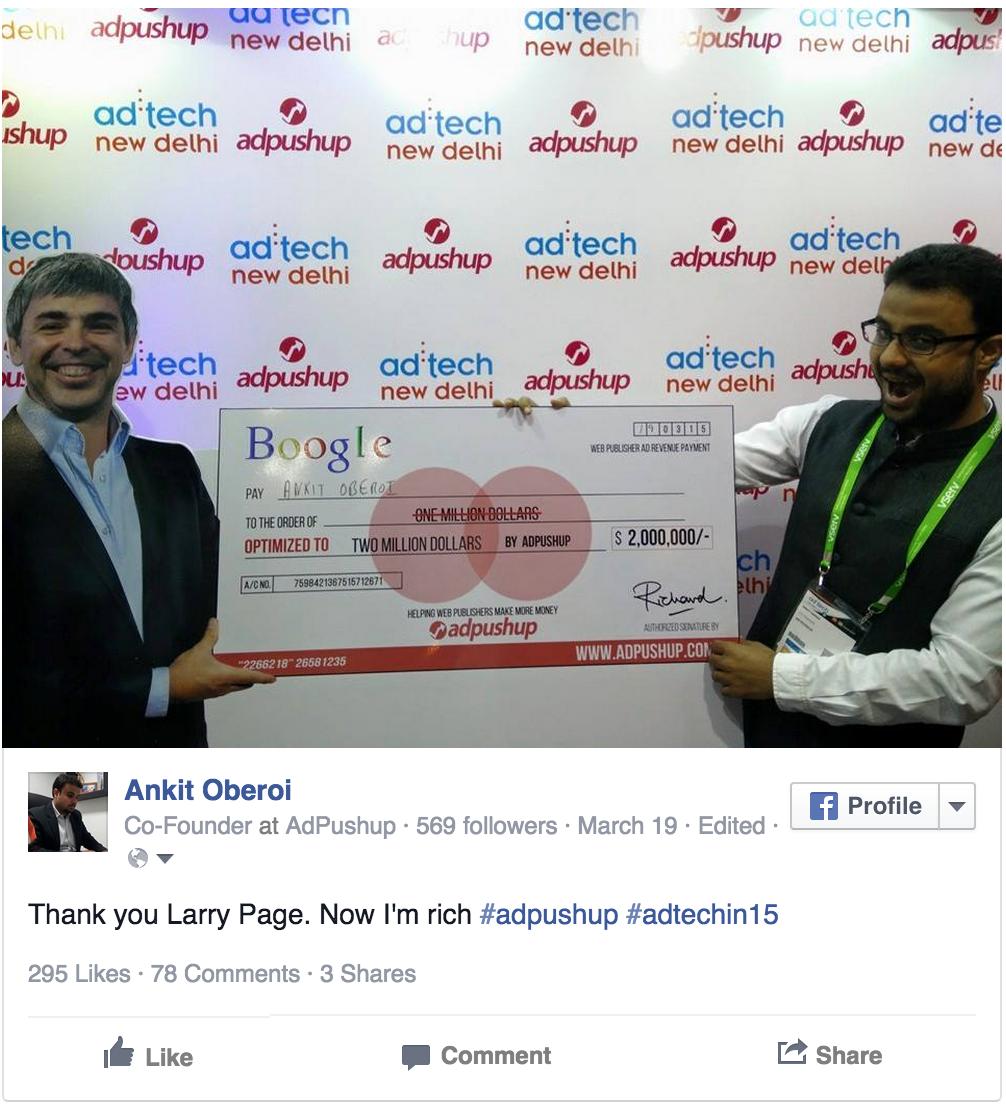 Cost of all Sales/Marketing collateral:

What we learned from the two days we were there 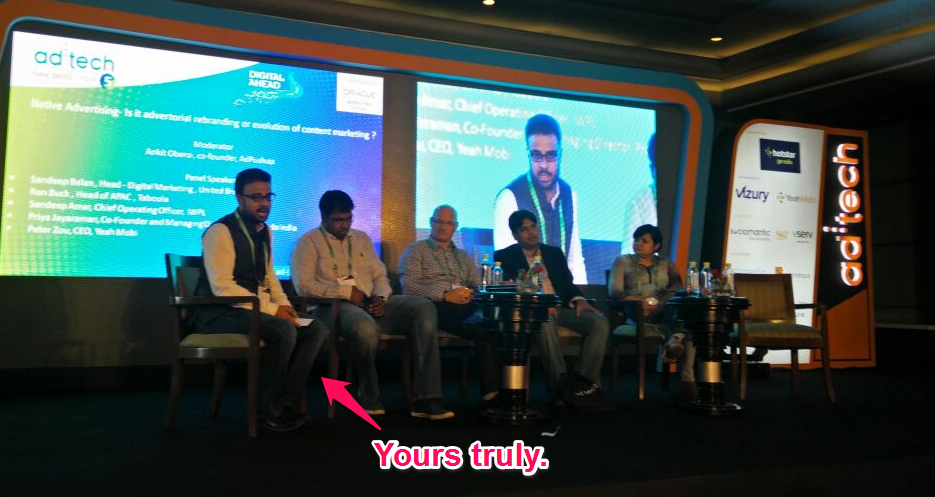 (Discussion on “Native Advertising – Is it advertorial rebranding or evolution of content marketing?”) Finally, ROI from the event –

We’re still closing leads with some large publishers and once that happens, I’ll write another post about it detailing how it went down.

Until then, feel free to ask any questions that you might have regarding our experience as first time exhibitors 🙂

P.S. Apologies for some of the low quality images. I salvaged them from wherever I could.