About 90% Of Active Users Access Internet Daily In India: Study

About 90% Of Active Users Access Internet Daily In India: Study 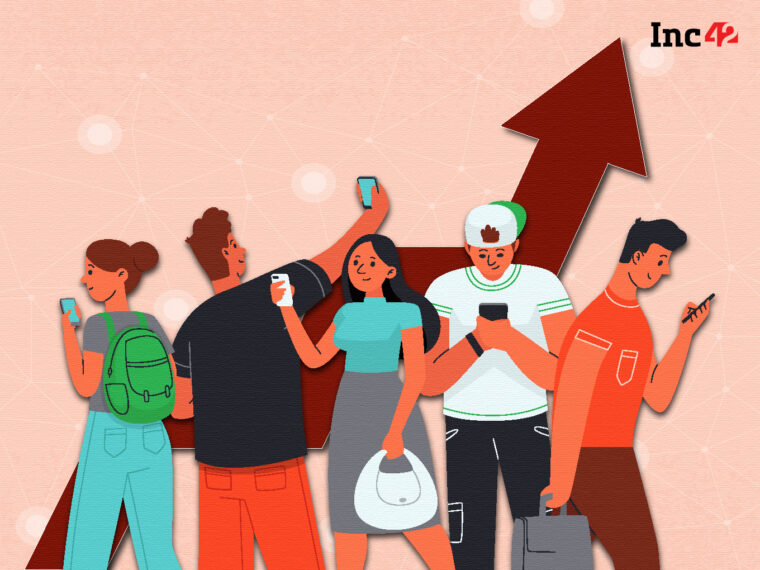 The study by Nielesen found that the internet penetration in India stood at 48%, with a user base of 646 Mn

60% of Indian men are active users of the internet. In contrast, only 42% of women in the country actively access the internet

Nearly 89% of active users in India browse the internet on a daily basis, according to a study, ‘Bharat 2.0’, conducted by consumer insights firm Nielsen.

The methodology for the study, according to Nielsen, involved a face-to-face systematic stratified random survey across all states, towns and villages. The research was conducted between September 2021 to December 2021 and covered over 110,000 respondents.

Next came the users in the 12-15 age group, with 83% of them using the internet daily, while 81% of users over the age of 50 used the internet on a daily basis.

“352 Mn users from rural, 20% higher than urban – huge opportunity awaiting to be tapped as more from balance 60% join digital revolution,” the study said on the market in rural areas.

It also said that mobile phones remain the top device for internet usage among those aged 12 years and above. Across the country, more than 99.99% of users above the age of 12 preferred mobile phones to access the internet. While the number stood at 99.9% in rural India, it was at 99.8% in urban areas.

The study also shed light on the gender divide in terms of internet access. It said that while the internet penetration for men stood at 60%, for women it was at 42% in the country.

The report found that 85% of the Indian users accessed the internet to use social media platforms. While 89% of urban Indians used it to access social media, the corresponding number was 82% for rural India. While 82% of the surveyed users said they used the internet for video calls, 74% used it for watching videos online.

Nearly 56% of Indian users consumed the internet to listen to music. This comprised 57% urban users and 55% of rural users.

In towns with a population between 5-50 Lakh, only 17% of those surveyed used the internet for gaming, while the number was even lower at 9% in rural India.