Walmart Offers 73% Buyout; While Sachin Bansal May Exit, Kalyan Likely To Continue As CEO Of Flipkart

Walmart Offers 73% Buyout; While Sachin Bansal May Exit, Kalyan Likely To Continue As CEO Of Flipkart 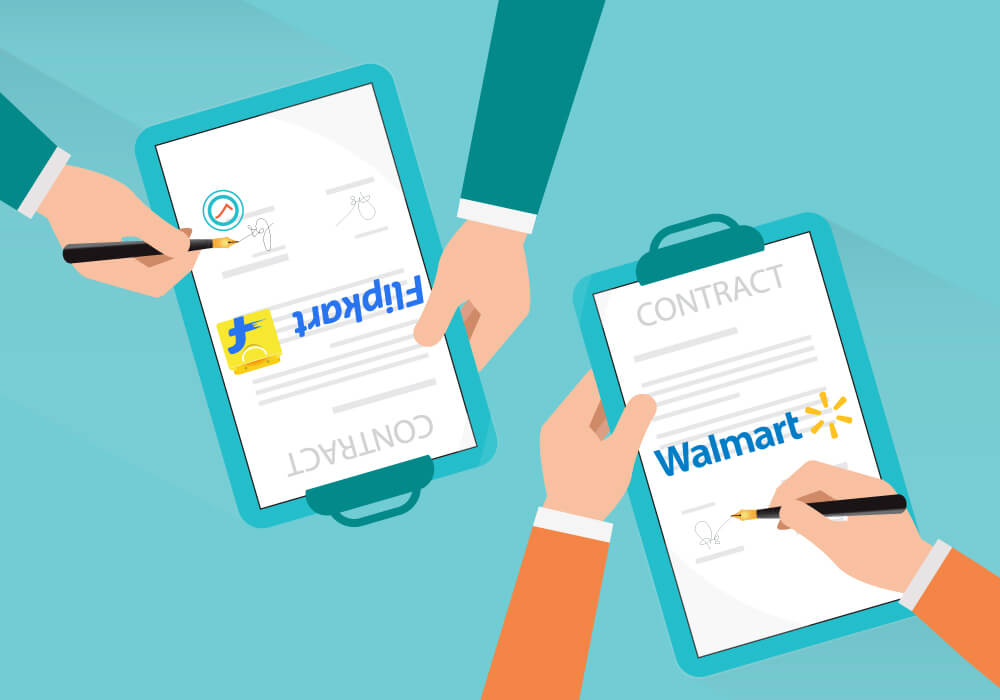 As Amazon-Flipkart deal appears to have taken the back seat, Walmart has apparently decided to buy 73% of Flipkart shares, in a cash-and-stock buyout.

The buyout would value Flipkart in between $20-22 Bn, reports FactorDaily.

While Kalyan Krishnamurthy is likely to continue as the CEO of the ecommerce giant, co-founder and Chairman Sachin Bansal who was actually looking for a bigger role post deal until last week might exit from the company, says another report.

In line with the development, Flipkart has reportedly bought its shares worth $350 Mn from the existing investors to reclaim its status of a private company – Flipkart Pte Limited. The documents have been filed recently with Singapore’s Accounting and Corporate Regulatory Authority (ACRA).

While the FactorDaily source has been quoted saying, “Nothing is confirmed”, speaking to Inc42, a Flipkart insider had earlier told, “Exiting from Flipkart has never been on the wish list of Softbank. They don’t make exit plans. Remember, SoftBank didn’t exit from Yahoo Japan. Even after Yahoo’s buyout by Verizon, Softbank didn’t sell Yahoo Japan and it’s still functional.”

Further, the person added, “As Snapdeal has already gone down and Paytm is still nowhere in the ecommerce picture, exiting from Flipkart will mean SoftBank making an exit from the Indian ecommerce market, with no further entry opportunities. Owing to Chinese wrong policies, SoftBank could never encash the profits that Alibaba is making year after year. Last year, in fact, SoftBank had to make a partial exit from Alibaba to infuse $7-8 Bn in Vision Fund.”

However, SoftBank apparently is not in a position to shift the deal.

Earlier, Inc42 reported that Amazon had reportedly raised an offer to buy 60% stake in the homegrown ecommerce giant. With Flipkart-Amazon merger, SoftBank was actually looking forward to the possible gateway to be a shareholder in Amazon. This will make help SoftBank remain a significant stakeholder in the Indian ecommerce market. With Flipkart being currently the only opportunity, SoftBank does not want to lose out on that.

Flipkart Board is, however, moving away from SoftBank’s strategy pertaining to the Indian ecommerce market as besides SoftBank, Tiger Global, Naspers, Tencent, Microsoft and Accel Partners, the other significant stakeholders in Flipkart are reportedly in favour of the bigger deal being offered by Walmart.

Will SoftBank really surrender and make exit from Indian ecommerce? Is Amazon prepared to lock heads with Walmart in India? Whichever way it turns, the course it takes will also decide the fate of the Indian ecommerce sector.