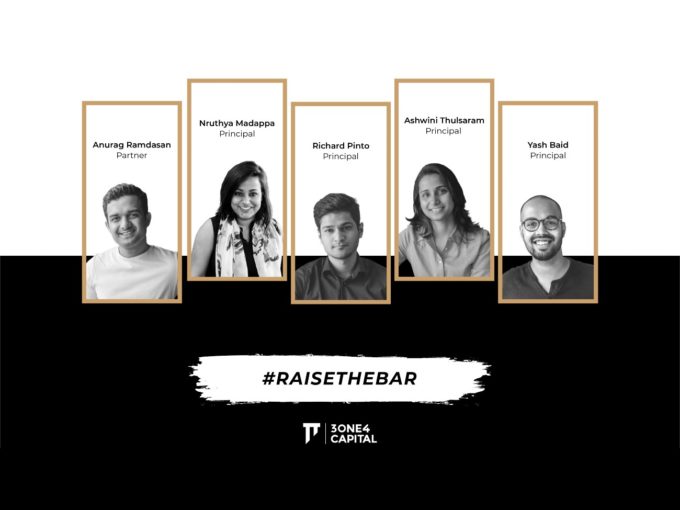 Early-stage venture capital firm 3one4 Capital has announced appointments and elevations within the company. The VC firm has elevated Anurag Ramdasan to partner. Adding to his previous role, which involved leading investment strategies and strengthening 3one4’s portfolio, Ramdasan will also support the expansion of the VC firm’s stage focus and the team as the firm continues to scale up its AUM.

Ramdasan has been a member of 3one4 Capital since its inception. He has built investment strategies for the VC firm, directly investing and managing over 30 of the 70+ strong portfolio companies at 3one4 Capital. He is said to have brought in the VC’s investments in social networking platform Koo, multi-brand tech-enabled distributor Ripplr, personal finance platform WeRize, hyperlocal content platform Lokal, among others, to 3one4 Capital. Before 3one4 Capital, Ramdasan founded and led the edtech platform Edcast.

Besides the elevation of Ramdasan, 3one4 has appointed Nruthya Madappa as principal and head of growth and capital development. The company also elevated Richard Pinto (head of portfolio management and finance), Yash Baid (head of research), and Ashwini Thulsaram (head of governance and business integrity) to principals. They will deepen their portfolio support functions in new roles.

Madappa’s roles will include supporting investments, topline, and capital growth for the portfolio. She will also closely work with global institutional and strategic investors and lead the firm’s efforts to liaise with portfolio companies and founders and help plan and achieve financial and strategic objectives such as capital raises, revenue acceleration, acquisitions, and exits.

Before joining 3one4 Capital, she founded The CoWrks Foundry, where she was also the managing partner. The Harvard and Stanford alumnus also drove revenue and growth at Cuemath and spearheaded the startup’s $15 Mn Series B from Capital G and Sequoia Capital in 2017.

Speaking of the appointments, Pranav Pai, founding partner, and CIO, said, “These elevations in the team reflect the firm’s grounds-up commitment to our founding values, and holds these young professionals as exemplars of the transformation that the startup ecosystem is leading in India.”

Founded by Pranav Pai and Siddarth Pai in 2016, 3One4 Capital has launched five funds to date — a dedicated seed fund, Rising I, II and II, and an opportunity fund called Continuum I. The investment firm closed Continuum I and Rising I funds in December 2019, at $54.6 Mn (INR 400 Cr) and $6 Mn (INR 45 Cr) respectively. The VC has invested more than $240 Mn in startups such as Licious, Open, DarwinBox, Jupiter, Betterplace, Koo, Dozee, and Breathe Well-Being.