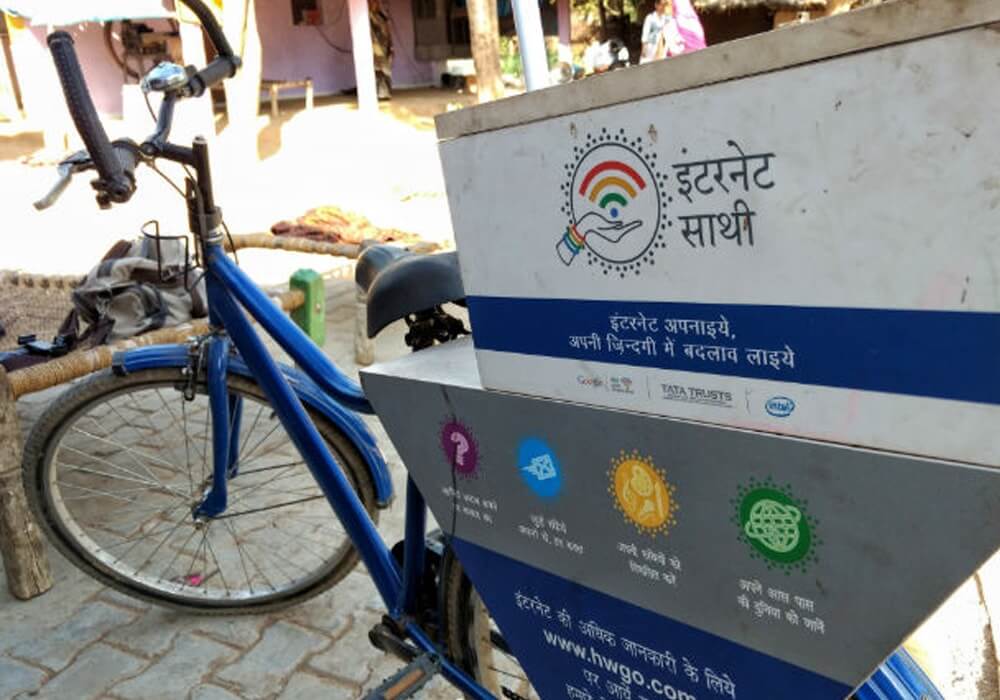 Internet will be the revolution – this is what we heard when we first became acquainted with this technology of accessing world on our tips. With time, we have become so reliant on the Internet that from meals to relationships, it’s all dependent on the Internet. We have grown and have run far ahead in using this technology to the best of our intentions.

Billions of us have become a part of the Internet revolution to create other forms of revolutions in the world and that has led to the booming startups in every nook and corner of the country. While several have reached the top of the ladder, there are tech giants like Google who strove hard to make Internet revolution reach where it couldn’t earlier.

In one such initiative to bring Indians from across rural India to the online world, Google initiated its Internet Saathi Programme in 2015. Google partnered with Tata Trusts and launched Internet Saathi to equip women in villages across India with the basic digital literacy skills.

Today, 48K Internet Saathis have not only learned to use the Internet themselves but have also helped over 15 Mn women in 150K villages to unlock their true potential, Google shared in a blog.

These women have gone ahead and leveraged the power of the Internet for their growth. One of such beneficiaries is Padmavati from Guntur who was trained by Parveen Begum.

The blog reads, “Padmavati started her own business of lemongrass oil. She learned the production process and techniques, and then came up with the idea of setting up a small production plant in Guntur.”

On May 21, the initiative reached the halfway point for its milestone. It has spread across the villages of Rajasthan, Gujarat, Jharkhand, Andhra Pradesh, Uttar Pradesh, Assam, West Bengal, Tripura, Maharashtra and Madhya Pradesh, Bihar, Haryana, Tamil Nadu and has also expanded to four new states – Uttarakhand, Goa, Karnataka, and Telangana, in the past couple of months.

The company remains committed to bridging the digital gender divide in India and will continue to work towards reaching the larger ambition of 300K villages across India i.e. covering 50% of the total villages in the country.

The programme focusses on educating women to use the Internet, who then impart training to other women in their community and neighbouring villages.

The company stated, “What’s incredible to see is the impact, the programme has had on millions of women, their families and communities.”

On the government front, we have initiatives like Internet safety campaign, Digital India, Skill India and the Internet literacy campaign for rural women focused on education and awareness, they are, however, sporadic and fragmented.