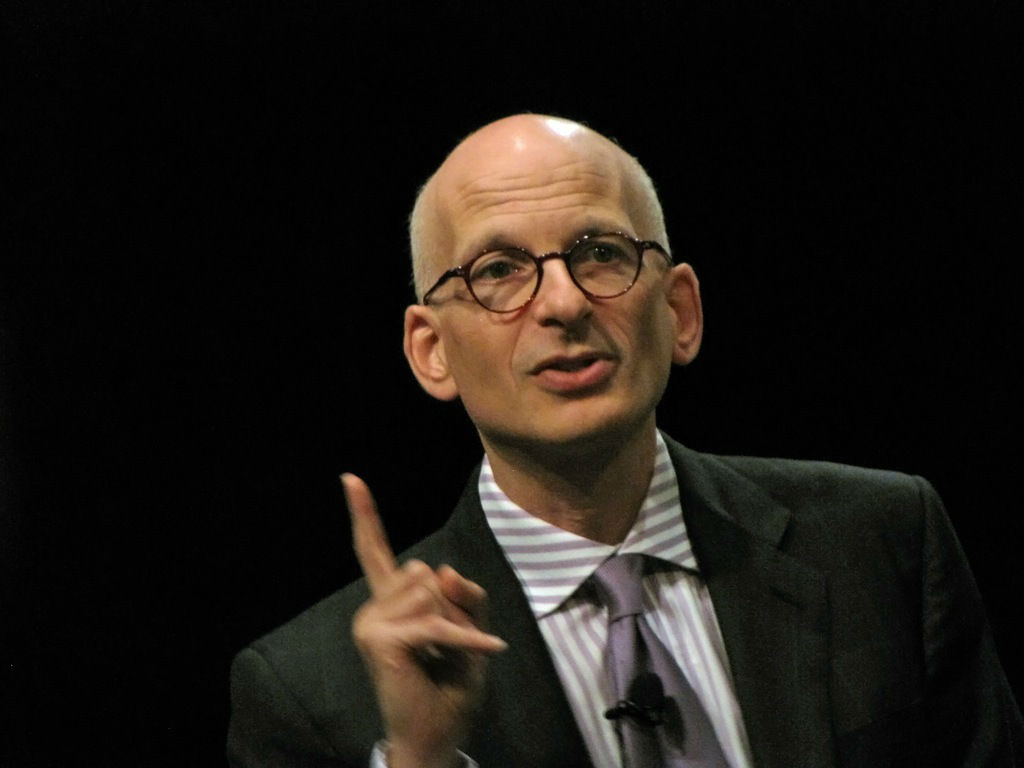 Seth Godin is a renowned author, entrepreneur and marketer. He has given us the concept of permission marketing. A lot of businessmen still swear by his bestseller Purple Cow: Transform Your Business by Being Remarkable.

So, here are 10 success tips from the man himself:

Do It Your Way

When you begin, you will get lots of comments and suggestions poured into your mind for doing your task. But, eventually one must do it his own way. As Seth says, his goal is not to make his blog most popular. The goal is to write in his blog what he want to be in that moment. “I don’t spend time looking at the number of people reading my blog, because then I would spend all my time trying to make numbers go up.”

When we see a kid with a lemonade, it’s entirely different from a vending machine with lemonade. Even if the two products are same, it’s the story around it that attracts and resides with the people. Once you have heard a story, it will be remembered your whole life. ”So when I meet small business people, I don’t ask them about their balance sheets, but their story.”

One of the things that we see when we look at the work of people who have really put in great ideas on the table is that they got there by patiently impatient or vice versa. “The much wanted Twitter was a complete failure for two years, nobody used it. And if they took the mindset of that if it doesn’t work in two weeks, we will shift to doing something else, you never would have heard of it.”

Refuse To Settle For Average

Being average is common but the mediocrity is for losers because it lead you to choose mediocre options in your life. The big win is when you decide to stand out and refuse to be average. He cites an example of Yahoo search, where there were 150 links on a page couple of years back. For Google it was just 3. Now, even though the searches are very similar, everyone goes to Google. “The only way to win is to be talked about. But remember, no one talks about the average”

The Product Is The Marketing

If we have a look at companies like Google, Facebook, Amazon or eBay, none of them spent in advertising, but in making something people could talk about. One should invest his time and energy in building that is interesting and if it is already there, there should be something that can attract people to go and tell their friends about it.

When the sliced bread was invented, for the first 15 years, no one knew that it even exist, and obviously no one buy it. The success of almost any product does not depend upon how the patent is like, but  how you can spread your idea. “Ideas that spread, win”

Life Is A Series Of Dips

Steve Jobs helped invent the personal computer, helped launched the graphical interface, helped launched the mp3 business, and he is still not done. The point is, like in skiing, the goal is not just to slide to the bottom of the hill, the goal is to have a bunch of good ones before the sun sets. And so what great people do is not to have one dip in life and say we are done, but to look for the next dip always when they are done with one.

Navigate Without A Map

As per facts, in the last 25 years, the jobs created by fortune 500 companies is zero. The government doesn’t pay attention because the are financed by these companies. So the future is being described and built to be by entrepreneurs. So, stop looking for someone with the rule book, because that will surely not work. “Stop being a pawn in somebody else’s game. Do the hard work of being original and the difficult work of navigating without the map.”

Consumers don’t care about you at all. Part of the reason is that they got much more choices they are used too and way less time. And this leads to ignorance of stuff. “Say, you are driving, and you see a cow. Obviously you would ignore it. I mean who will stop the car and say, ‘look it’s a cow’. But, if the cow is purple, you will notice it for a while.” The thing that’s gonna decide what gets talked about, what gets purchased, what gets changed, what gets done is –  IS IT REMARKABLE.