What CIBIL Score? CASHe Uses Its Own Credit Rating System To Extend Loans To Millennials

What CIBIL Score? CASHe Uses Its Own Credit Rating System To Extend Loans To Millennials 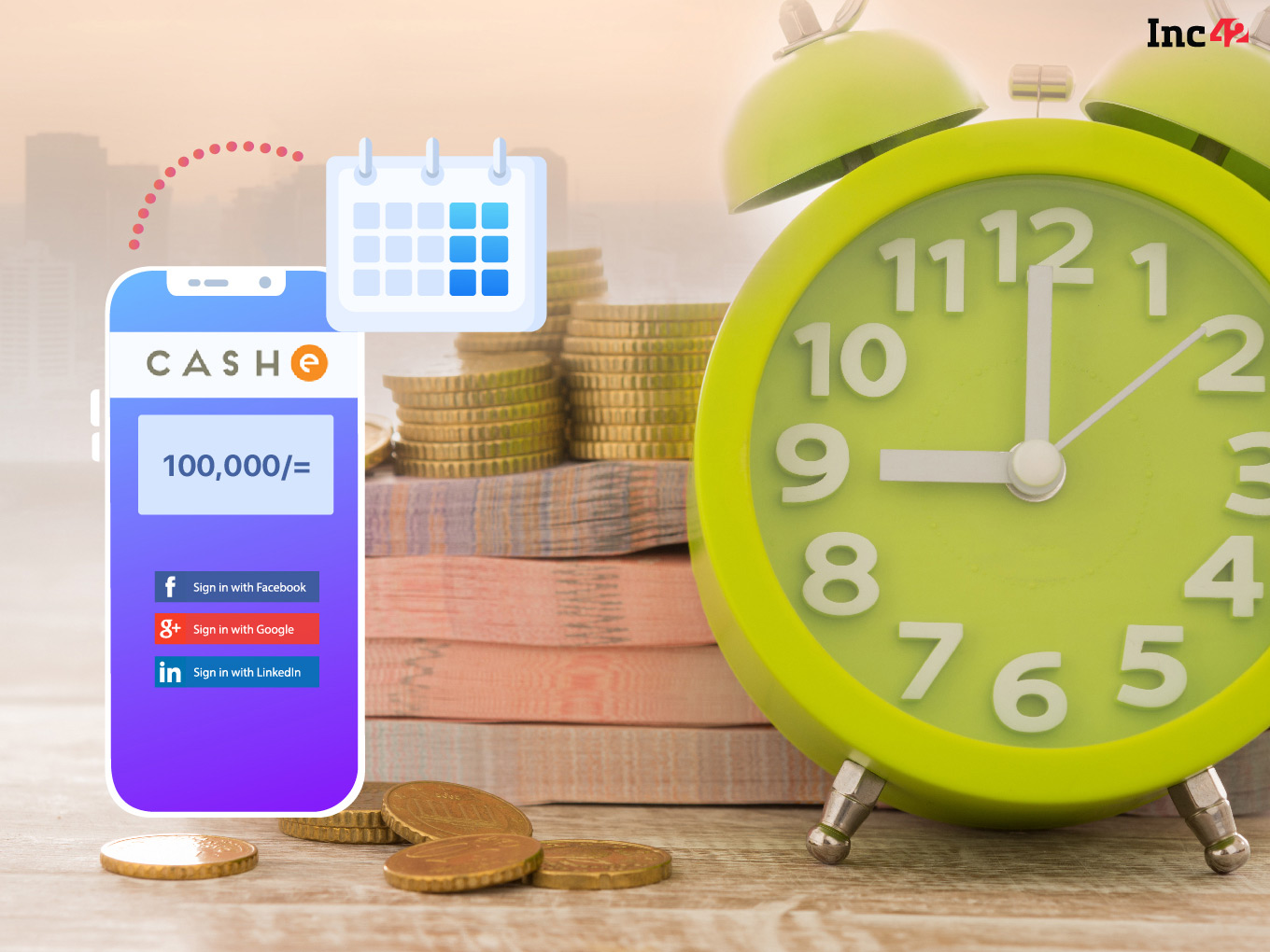 Even if an applicant has a high CIBIL score, if he/she doesn’t qualify in the SLQ ratings, CASHe will not give him/her a loan

Do you know what your CIBIL score is? A CIBIL score, a three-digit number ranging from 300-900, is based on your credit history, which is contained in your credit information report (CIR). The CIR, generated by a credit bureau, summarises the payment history of the loans and credit cards borrowed by you from all banks and financial institutions. The closer your score is to 900 (anything above 700 is a good score), the stronger your credit profile and the higher your chances of getting a loan or credit card.

Now, most banks and financial institutions rely on the CIBIL score — it is the first screening criterion — to decide on borrowers’ creditworthiness, Mumbai-based fintech startup CASHe has come up with its own, patented credit scoring system to provide short-term, unsecured loans to borrowers.

The SLQ is independent of any bureau reports and generates its own scores based on the customer’s social behaviour data. CASHe’s SLQ rating system is fused with deep learning and artificial intelligence-based technologies that give insights into a borrower’s credit behaviour. It indicates his/her willingness and ability to pay his financial obligations.

“CASHe calculates a customer’s credit score from a number of data points obtained from the borrower’s smartphone — like his mobile and social media footprint, education, remuneration, career, and also financial history. Our SLQ scores are generated in real time to check whether or not he qualifies for a loan from CASHe,” says Kumar.

He maintains that the process used by CASHe requires permissions to access data from the borrower’s smartphone, similar to how social media platforms and messaging apps access data. Kumar explains that for credit scoring purpose, the CASHe app needs permission to look at the borrower’s contacts and SMSes to check whether or not the borrower is getting his/her salary on time. Besides this, copies of the borrower’s PAN card, Aadhaar card, and bank account details are also required.

“I am giving a loan which is unsecured, I am not taking any securities from the borrower. So, I need to know everything about you for me to come to an understanding that, yes, you’re worthwhile for me to lend to,” Kumar says.

The founder claims that the SLQ is based on a proprietary AI-based algorithm developed by CASHe, and that the startup has also patented it as intellectual property.

The founder adds that CASHe, as a licensed NBFC, is supposed to take up a borrower’s CIBIL score as well as his/her ‘good’ or ‘bad’ image at CIBIL, the credit bureau which collates credit information reports.

But what if a person doesn’t have a good CIBIL score, Inc42asks? “It doesn’t matter. Even if you have a CIBIL score of 900 (the highest in the range), but if you don’t qualify in my (SLQ) rating, you’ll not get a loan,” says Kumar. So, How Does One Qualify For Loans From CASHe?

Kumar maintains that CASHe’s easy-to-use mobile application frees the loan application process from tedious paperwork. He claims the startup can provide loans within just 10 minutes of submission of all required documents.

Since the launch of the platform in April 2017, CAHSEe claims to have provided about $65.5 Mn (INR 460 Cr) in loan disbursal, with more than 2 Mn app downloads and an over 180K customer base. Of the total customer base, loans have been disbursed to over 70k customers, Kumar says. The startup plans to achieve $113 (INR 800 Cr) loan disbursal by the end of this fiscal.

The founder, however, declined to comment on the revenues being raked in by CASHe.

Apart from leveraging digital marketing to attract customers to the platform, CASHe also gathers leads from various financial institutions that provide loans based on the traditional CIBIL score. “They don’t give loans to people who have less credit score. They in turn, refer them to us, and we pay for the referrals,” says Kumar.

To Inc42’s query on how the startup collects loans back from the borrower, Kumar says, “If we properly assess the profile of the borrower, the loans are paid back in time. There are multiple ways in which money can be repaid to us — UPI, IMPS, and NEFT transfers. In addition to that, we use eNACH. Here, we can make a mandate to the customer that on the due date, the money can be pulled automatically from his/her bank account.”

The National Payments Corporation of India (NPCI)’s eNACH initiative is one of the newest methods of electronic payment. User needs to fill-up the NACH form to the concerned authority to debit the said amount from his bank every fixed day of the month.

Kumar says that a lot of people in the 23-34 age group — the Millennials — don’t want to commit to long-term loans. They also don’t want to get into any long-term commitments involving high-value amounts. These people comprise blue-collared workers and salaried professionals.

“India has a population of more than 1.3 Bn and a third of this population is urban. The median age of people in India working and generating income is around 27 years. These people are Millennials who are either pre-credit or no-credit. We want to bring them into the credit rating system and give them a rating,” says Kumar.

This allows us to build credit scores even for individuals with little or no formal credit information but who may actually be good candidates to disburse credit.

CASHe has a lot of competition though. Many fintech startups and NBFCs promise instant credit decisions these days, with little or no paperwork, transparency in their offerings, and great customer service.

There are digital lending platforms such as PaySense, a Mumbai-based startup that is targeting to be a risk assessment provider for 16 Mn Indian households currently underserved by lenders. Similarly, Bengaluru-based LoanTap and Pune-based EarlySalary have stepped in to provide instant small-value loans, attractive repayment schemes, and quick disbursals.

“Alternative lending is the second most-funded and one of the fastest growing segments in the Indian Fintech space,” according to the Fintech Trends Report — India 2017 by PWC. Alternative lending refers to digital lending platforms catering to different borrowing needs, including consumer, MSMEs, student loans, and mortgages. More than 225 alternative lending companies had been founded in India as of 2017.

Meanwhile, the share of banks in the lending market has fallen with NBFCs registering a remarkable growth of 28% compared to the previous year. According to a BCG report, between 2014 and 2017, the share of NBFCs in total loans was estimated to have increased from 21% to 44%, whereas for public sector banks, it fell from 49% to 28%.

According to Inc42 Datalabs, fintech startups attracted the highest number of funding deals in H1 2017. Total investment made in this segment during the period stood at $2 Bn.

Recognising the potential of alternative lending, startups have started designing their value proposition to cater to these segments, providing loans and working capital based on innovative processes for risk assessment and disbursement.

However, CASHe claims that its USP is its proprietary SLQ rating system. “Other players in the market are offering loans but they don’t have an alternative credit scoring system. They rely on credit bureaus scoring to decide on borrowers creditworthiness ” Kumar claims.

In October last year, CASHe raised about $3.07 Mn (INR 20 Cr) in debt funding from IFMR Capital in its NBFC company, Bhanix Finance and Investment. Prior to that, the startup raised about $3.8 Mn (INR 25 Cr) Series A funding from an investor group led by Mathew Cyriac, Senior Managing Director at Blackstone Group.

The startup doesn’t want to fall behind in adopting latest technologies like blockchain. Kumar says CASHe is working on a proof-of-concept (PoC) project where blockchain-based smart contracts can be introduced into its platform. It is also exploring a use case for the hightech ledger technology in money transfers.

While CASHe has already been bringing Millennials under the ambit of credit with its SLQ, touted as India’s first alternate credit scoring system, it’s efforts at incorporating blockchain are in the right direction and are likely to help the company make a mark in the cutting-edge and competitive fintech sector.