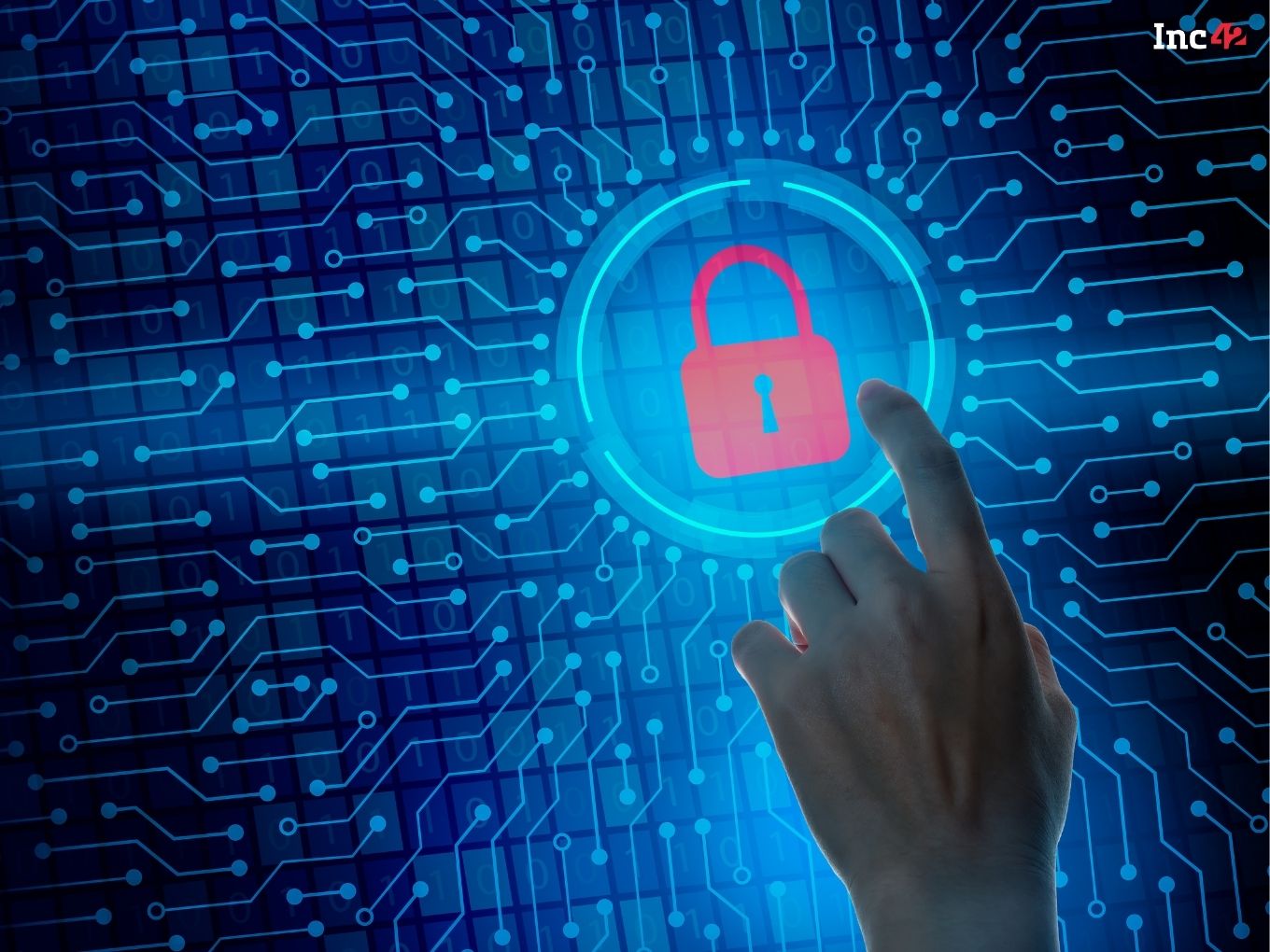 The startup claims to serve over 1K businesses and about 3 Mn hours of content per month, from over 30 countries

Currently it is planning to expand its reach in India, Europe and the USA along with adding more products and services

Ever since the internet revolution began in India, piracy has been a constant companion. It began with software piracy for the latest Windows operating system and productivity software, then came the digital media revolution, which meant MP3s and videos could be downloaded from shady websites illegally, and what Napster began in the late 90s in terms of peer-to-peer (P2P) file-sharing, has now been taken over by torrents and piracy for movies, TV shows and games.

While efforts have been made to protect the multi-billion-dollar intellectual properties that have emerged from the entertainment industry since then, these days a different kind of piracy is hurting businesses and tech startups. We are talking about pirated edtech lessons and course videos downloaded illegally, along with OTT streaming content being leaked to various internet forums.

Vibhav Sinha and Siddhant Jain were engineering students at IIT Delhi 2015 , when they started noticing piracy was an issue affecting premium video based businesses. At that point, Sinha already had the experience of working with cloud-based applications and had the idea of combining encryption with cloud-streamed video to tackle piracy.

Soon him and Jain reached out to two well-known Indian edtech startups with a prototype product to prevent privacy. And it was while in conversation with these companies that the duo realised just how big the issue is, which later turned into their startup ‘VdoCipher’. Even before Sinha and Jain had graduated from college, VdoCipher already had six paying customers, Jain told Inc42, even though the company had not been incorporated.

“We formally incorporated the company post-college and raised an angel round led by Dr Malpani, Solidarity Advisors and five other angel investors in the start of 2016,” the cofounder added.

Making steady progress over the years, today, the startup claims to serve over 1K businesses and about 3 Mn hours of content per month, from over 30 countries.

While online video piracy has been an issue around the globe since a long time, with the pandemic this issue, has only gotten worse. According to data revealed by MUSO, online film piracy rose 62% in just the last week of March as compared to the last week of February, this year in India. This can majorly be attributed to the fact that the people are forced to stay in their homes, with nothing much to do. While another report by Irdeto revealed that $2.8 Bn of the annual revenue earned by the Indian media and entertainment industry is lost to piracy.

But media and entertainment is not only the industry plagued by the issue. Another industry that has been struggling with this issue is edtech. The industry that has witnessed an unprecedented growth and rise in the Covid dominated scenarios, has also been the target of piracy over the years.

Last year, edtech companies such as Coursera and Udacity reported cases of developers and other professionals sharing paid content from their sites among their peer networks and groups, allowing colleagues or friends to avail the courses for free. What makes it worse is that most of the elearning and edtech startups, when starting off are unaware of this issue and the gravity of it. 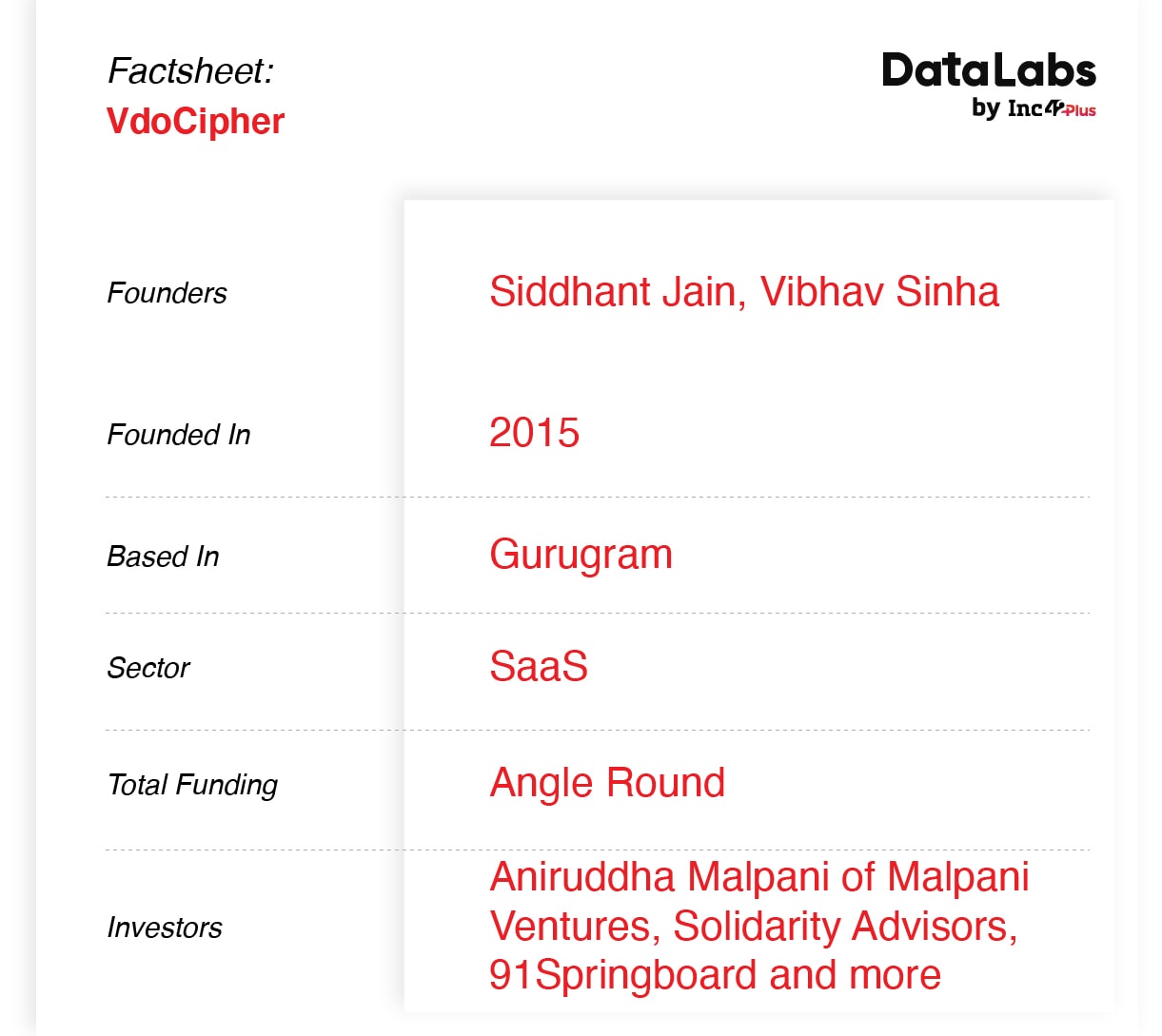 Elaborating on the same, Sarat Velumuri, cofounder and head of technology at edtech and test prep startup IndigoLearn said, “When we started the company we had very little knowledge on protecting our assets and how to make it foolproof. So started by using services such as Vimeo, which was cheap and worked to some extent. We were with the platform for almost four or five months, post that we realised the intensity of the situation.”

While initially the solutions of VdoCipher, whom Velumuri met at a conference, were definitely a  more secure option than Vimeo, there were further enhancements Indigolearn was looking for. VdoCipher has enhanced the offering over time with more security features which helped IndigoLearn.

The Journey And The Growth Of Countering Piracy Challenges

Claiming to provide ‘Hollywood grade security, refinement, and functionalities’ to its clients, Jain told Inc42 that VdoCipher uses the same underlying encryption protocols that are used by likes of Netflix and Hotstar to secure their content. “We are a direct Google partner for the major encryption technology called Widevine DRM,” he elaborated.

According to him, anti-piracy technology was previously only accessible for large enterprises considering the cost component and technical challenges in integration. “We are probably the first one globally, to have combined the highest security tech with an easy to use packaged offering of the video player and cloud hosting, allowing us to cater to any size of business. A single teacher owning a website to a large edtech platform with millions of users; everybody can have access to our secure product,” he boasted.

Though it focusses on sectors such as edtech and media and entertainment, majority of the startup’s clients are online coaching institutes, edtech platforms, colleges and schools. According to Jain, since VdoCipher charges on the basis of bandwidth and storage, this is an advantage for emerging businesses looking to scale up as they grow. “Primary costs for any business are on bandwidth which depends on how many viewers they have and how many videos they watch. It is a typical pricing model for any cloud video service,” he added.

The two key offerings and value propositions of the startup for its customers are security from video piracy — via DRM encryption, dynamic watermarking, screen capture blocking (on certain platforms), and backend URL authentication — and a smart video player. It claims the player can play on all devices, adapting to the user’s internet speed. Additionally, it also provides an offline secure download plus playback option in Android app, a requirement for the slow internet users in India’s tier 2,3 areas.

Elaborating on the benefit from the startup, IndigoLearn’s Velumuri said, “Their solution is end to end encrypted and they’re protected by DRM. These features, along with others,gave us more comfort. It has been almost two years now that we came to their platform and whenever we had any issues or requirements, they were able to help us figure it out.” 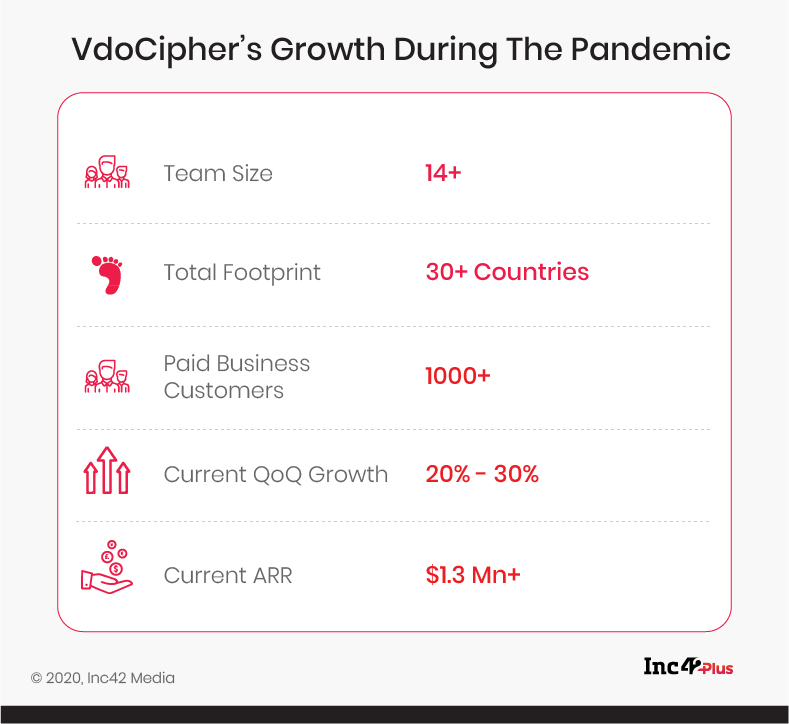 Considering the fact that the majority of its clients are edtech platforms, the growth for the sector during the lockdown months has further boosted VdoCipher’s growth. While previously its primary customers were edtech platforms, now it also has several schools and colleges using its product.

Thus, it came as no surprise when Jain said that its customer base’s viewership grew 4% MoM before Covid, today the growth is around 10% MoM. “Interestingly for us, 60% of this growth has still come from customers outside India,” he added.

Vidyakul, an elearning platform catering to state board and Tier 2 and 3 audiences, uses VdoCipher to host videos. Tarun Saini, founder and CEO, Vidyakul said the anti-piracy tech is a boon for budding edtech startups.

“We spend a lot of time and energy helping students connect with the teachers that they know and love. Bringing in renowned teachers from schools to our platform, which further helps us gain the student’s trust. When there is piracy of our content not only do we lose our audience but even the teacher who has worked so hard on it. Using VdoCipher was thus a necessity that has given us assurity of the safety of our content,” said Vidyakul’s Saini.

For VdoCipher, its competitors are largely from the US markets including the likes of Vimeo, Brightcove and more, but even then it claims that what sets it apart are the solutions such as DRM encryption, watermarking technologies and easily affordable integrations. It works with AWS Cloud infrastructure including their storage and global CDN. “We use over 100 CDN edge locations across the globe, helping us serve viewers from all six continents,” added Jain.

“We currently have four business partners in India and abroad who provide an edtech business with website and app solutions (LMS), while we take care of the video playback and security needs. We are exploring more such partnerships to strengthen our operations and services,” VdoCipher cofounder Siddhant Jain.

It is estimated that by the end of 2020, India’s monthly active internet user base will reach 639 Mn, from the current estimation of 574 Mn. With a 45% growth in the internet penetration in 2019, compared to urban counterparts 11%, rural India seems to be driving this growth.

With more users, the threat of piracy increases, especially with adoption from rural India, where the spending power is also lower compared to urban India. VdoCipher, however, is not too concerned about this. While piracy will always remain an issue, the startup feels that it is capable of pivoting, updating and tweaking its solutions to counter all the concerns that the industry might bring.

When asked about the future plans of the startup, Jain was optimistic about reaching more customers from India, Europe and the USA.

Jain said, “Interactivity and audience engagement is still a gap in the video content industry. We are also looking to launch an interactive video player to bridge this. Also, in the current scenarios we have seen live streaming tools by likes of Zoom and Google skyrocket. Security, monetisation tools built over such live streaming tools is a domain opportunity we feel is very wide open.”