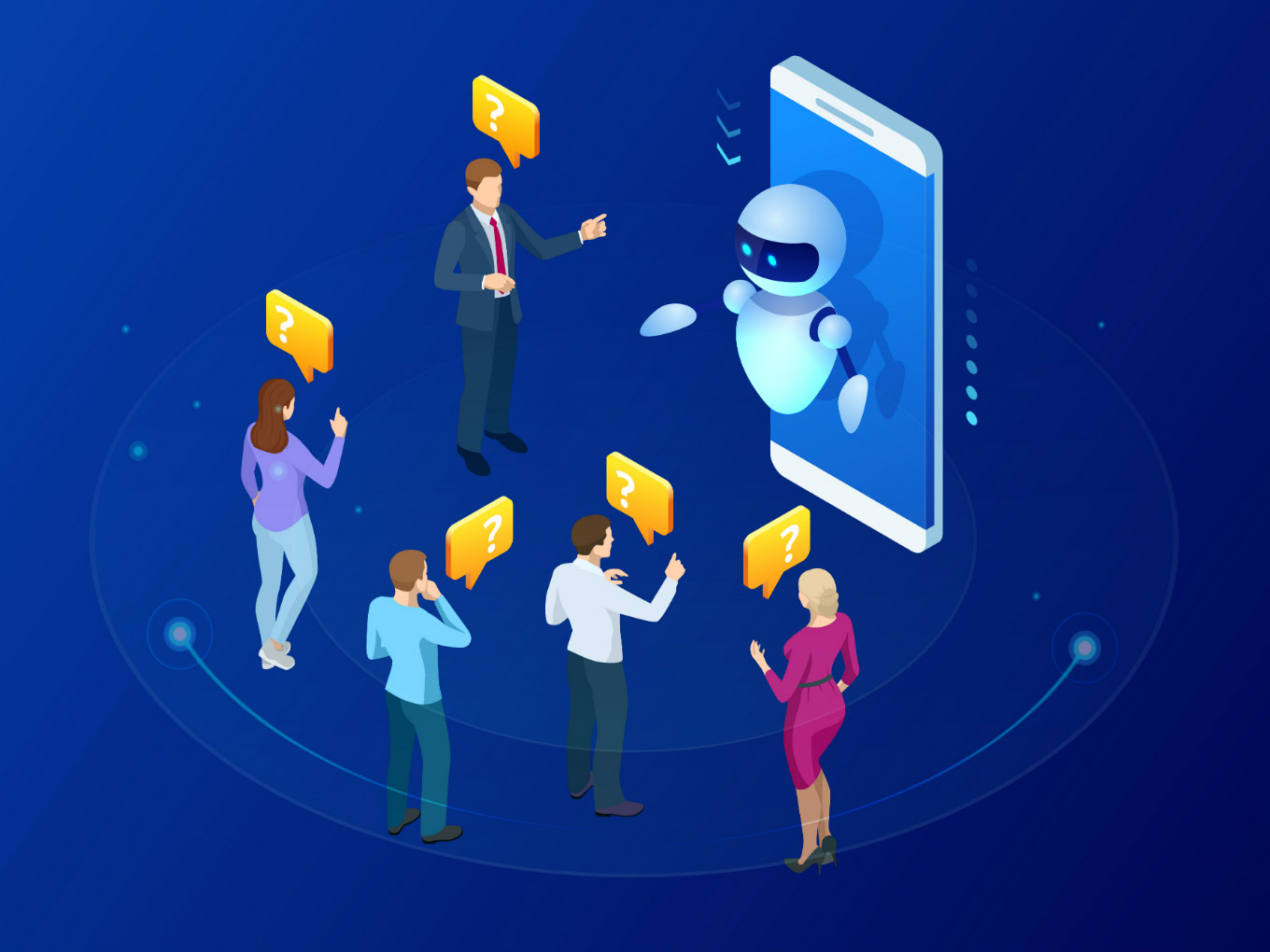 Sriram Chakravarthy, co-founder and CTO of AI startup Avaamo, talks to Inc42 about the ‘I’ — intelligence — part of AI

Avaamo chatbots are capable of contextualising multi-meaning words or words with different meanings as per language and sectors, says Chakravarthy

The company is planning to recruit 30-40 more ML experts, data scientists, and engineers for its Bengaluru office

Slowly but surely, Google Home, Alexa, Siri-Homepod, and Cortana have made their way into our daily lives, becoming invisible members of our homes. AI chatbots are no longer a thing of fancy — in fact, they’re on their way to becoming as ubiquitous as our  TV, giving us weather and news updates, playing our favourite songs, flipping channels for us, and more.

However, these voice assistants have their failings and are, at times, inconsistent. One time, I asked Alexa to play the last song on the playlist, she burst out into a weird laugh. I was amused and later relieved that she wasn’t behaving as creepily as I’d heard she does sometimes. Thankfully, even the weird laughing has stopped for some time now.

While such failings might be admissible to an extent in B2C products like the ones mentioned above, AI enterprise solutions are a different ball game altogether and have no room for failure. Used mostly in the supply chain, banking, retail, healthcare, and other sectors by enterprises, AI enterprise solutions have to be nearly 100% accurate while being equally efficient to reduce the human support in business functions.

With a view to understanding the technology behind enterprise chatbots, their nuances, and the efforts made by companies to meet market expectations and eliminate any scope of failure, Inc42 spoke with Sriram Chakravarthy, co-founder and CTO, Avaamo, an AI startup.

Avaamo offers deep learning virtual assistant platforms to enterprises, primarily in sectors such as fintech, healthcare, telecom, and retail. We also asked Chakravarthy about the future plans of the California-based company, which has an operations and development team working from its Bengaluru, India, office.

Artificial intelligence, which replicates human intelligence with accuracy, is no easy technology to adopt and execute. Humans speak and type multiple language-specific words. Hence, for an AI chatbot to be truly global and of use to an enterprise catering to various country-markets, it needs to understand multiple languages.

For an AI assistant, this simply means loads and loads of data processing.

Chakravarthy says, “This segment is very data-driven. Data is the oil that runs this whole business. So, we have built domain-specific machine learning tools for each of these industries.”

While there is a significant commonality as some of the machine learning (ML) modules can be adopted across markets — whether it’s a telco in Singapore or a telco in Australia or India — the real challenge lies in deciphering the nuances of language-related variables. This also involves the way people talk.

Chakravarthy cites an example, “In India, we use the word ‘recharge’ quite often for mobile and data plans. However, in the US, the concept of recharge hardly exists because they mostly have fixed monthly mobile plans.”

There are innumerable such linguistic and cultural nuances that define how a company understands and delivers chatbot solutions for different business problems it’s solving. Further, the meanings of some words/terms vary sector-wise. So, ML modules have to be customised accordingly.

People sometimes enter Hindi/other language inputs in the English script, therefore, Chakravarthy adds, “We have enabled all these types of use cases. For instance, if one types Portuguese in English or a mix of both, some words co-exist in both languages but their meanings vary immensely. Suppose you type ‘bento’ — it could be a Portuguese word which means blessed or it could also refer to ‘Bento’ the beer brand.”

An AI bot needs to understand the difference between the meanings of the word. This is where context provides the due intelligence. A lot depends on how you use a particular word and this, again, varies from person to person, explains Chakravarthy.

There could be situations where the bot may not be able to verify the exact meaning of the word that a user has entered; in such cases, it will ask the user what he/she means. For instance, in the abovementioned example, the bot asks whether the user meant ‘bento’ as bento (blessed) or Bento as beer.

Chakravarthy takes us through another use case to explain the AI game. “Take the example of a large beer manufacturer which happens to be our client. The company, which has a large presence in Brazil, has been there for over a hundred years. Recently, they were looking at leveraging their WhatsApp channel for better supply assistance and approached Avaamo for a solution.”

He elaborates that despite having applied the Bullwhip effect (forecasting supply chain inefficiencies) to the client’s supply chain, beer shops that were SMS and WhatsApp-friendly needed to be given apt and quick responses. The question could be, “Hey, what’s the status of my order?” Or, since the client also supplies coolers along with beer cases, it could be: “Hey, the cooler is not working…”

Now, in addition to collecting personal identities of the user interacting with the chatbots and the Beer Game (beer distribution game was developed by MIT in the 1960s to demonstrate supply chain management principles), which includes batch planning, production, scheduling, ingredient forecasting, and, most importantly, client orders, the enterprise chatbot for this company required to deliver clear and precise responses to users.

“We have automated the entire channel down to the last person. There are a couple of more solutions like this that we have built for a large freight company,” says Chakravarthy.

Digging Deeper Into Data Than Alexa And Google Assistant

Explaining the difference between AI enterprise solutions and consumer tech chatbots, Chakravarthy says that in the case of Alexa and Google Home, most often, you ask a question or give a command and the voice assistant can simply address it. For instance, you say, “Hey, Alexa, play a Taylor Swift Song” and Alexa responds by playing the song, which is already available on the Amazon Music list or on other lists.

However, in the case of the enterprise chatbots, it is a multi-turn conversation. For instance, if you say, ‘Hey, I need insurance’, it can’t just get you the insurance. So, it will say, ‘Okay, I will help you with that. What’s your name, what’s your age. And, so on.’

To enable enterprise chatbot conversations, companies have to engage with users deeply and collect a lot more information and then process this data. He adds that there are a lot of nuances involved in this because user responses are subjective and the response design varies from person to person.

For instance, when asked ‘What’s your name?’ by an enterprise chatbot, there are many ways in which a person may respond:

Now, the actual reply — the name itself — needs to be filtered irrespective of the way it has been answered.

So, right from evolving the machine learning solution, analysing the data collected, to responding to a query, these chatbots have to go through a lot of challenges.

“Our focus remains developing an intelligent conversation interface. We have gone through Phase I and are now working on Phase II of the development, which is about the depth of the conversation, bringing more context to the conversation. For instance, if a user logs in after a week, the chatbot needs to connect with their conversations that happened in the past,” says Chakravarthy.

Avaamo currently caters to more than 40 country-markets. Among these, the US and India are the top markets for the startup. It has over 50 enterprise customers in India including Honeywell, Wipro, ICICI Prudential Life Insurance, City Union Bank, Axis Bank, Reliance Nippon Life Insurance, SBI Mutual Fund, Aditya Birla Life Insurance etc. It is now slowly expanding into other regions, including Malaysia, Singapore and Australia.

The startup recently raised $14.2 Mn in a Series A funding led by Intel Capital, a division of the US-based hardware giant Intel Corporation. Avaamo’s total funding now stands at $23.5 Mn. Chakravarthy lays down the big plans Avaamo has for the Indian market as well as for foreign shores.

He says Avaamo is using the funding for three major purposes: sales and marketing, R&D, and increasing engagement with its partners. “We have a team of 50 engineers here at our Lavelle Road office, Bengaluru. While it is not about team size but quality, we are hiring at least 30-40 more ML/data scientists who will be working on the product development that be served globally.”

“We are also quickly enabling our partners by giving them a chance to building their AI chatbot around our platform. We are going to spend a large part of the amount on building a coherent partner ecosystem,” he adds.

Chakravarthy adds that the enterprise AI solutions market has tremendous potential across the globe and that it’s not localised to a particular country market. “Every large company is looking at a new technology — automation — to call itself a last-mile organisation. It’s talking to its suppliers, employers, consumers. There is a lot of costs associated with service desks. Every company is looking at innovative ways to reduce the cost of operations and services,” he explains.

The AI Market In India

According to an Intel India-commissioned report by US-based IDC, 68.6% of Indian firms might deploy AI solutions by 2020. Another study by Accenture says that AI could add $957 Bn to the Indian economy, increasing the country’s income by 15% in 2035, by changing the nature of work to create better outcomes. These projections present a huge opportunity for AI startups working on enterprise AI solutions.

Besides Avaamo, a number of startups have mushroomed in the enterprise chatbot space, offering customised and differentiated solutions. There are also Amazon’s Alexa as part of its Amazon Web Services (AWS), SigTuple, Haptik, Niki.ai, Flutura, Uncanny Vision, Innefu Labs, Netradyne, Active.ai, staqu, Formcept, and other players in this space.

Ratan Tata-backed Niki.ai leverages natural language processing (NLP) and ML to enable brands to converse with customers over a chat interface and help the latter shop for products and services.

However, in India, not all sectors have picked up on automated AI assistance yet. The verticals that are hyperactive in enabling AI-assisted customer service include insurance, retail, healthcare, and banking. “In India, most of the demands actually come from fintech, while in case of Indonesia, Malaysia and Australia, it’s more of telcos. If you will look at the US, it’s kind of a mixed bag — manufacturing, retail,” says Chakravarthy.

But considering how enterprise chatbots are revolutionising the way of companies respond to human interactions, whether from customers or employees, it won’t be long before they are adopted on a larger scale and across industries. Enterprise AI has not only automated the process of interaction, but also reduced the cost and usual delays in human responses.

This is just the beginning and we won’t be surprised if AI captures the entire thinking space tomorrow taking over most of the decision-making of today’s times.