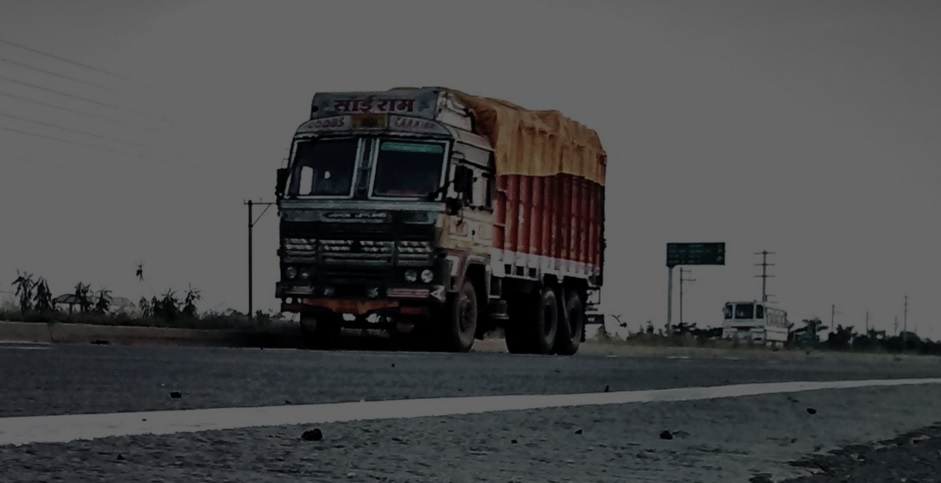 Online marketplaces have made our lives easier than ever before. With platforms offering everything from food, apparel, electronics to even services like healthcare and beauty, has become a common practice, not even as a business for the owners but also to satisfy our daily or momentary cravings by using mobile apps or websites.

However, there’s still a sector which remains unorganized and, by and large, offline. The transport sector is massive in India but this sector’s potential has remained untapped since ages. Recognising this potential, former Snapdeal employees Ankit Singh and Anurag Jain, along with their flatmate Nishant Jadon founded Truckmandi, an online marketplace for trucks which allows transporters and vehicle owners to directly connect to businesses and customers who require their services.

During a conversation with Amit Saraogi, chairman CII, Agriculture Eastern and the owner of Anmol Feeds, Ankit realised that most businesses are plagued with several logistics problems. Amit would face regular and serious problems with the transportation of the final processed goods, which had to be delivered from his factory to different locations all over the country. The challenges would usually involve placement and delivery of vehicles, price fluctuation, which would in turn result in poor and often expensive pricing and involvement of multiple middle men, among others.

The three founders of Truckmandi would often have discussions on this topic over dinner. They would regularly ponder over the different reasons for this particular problem and what can prove to be the best solution for it. A quick research in this field revealed some troubling facts. There are about 50 lakh drivers and almost one lakh vehicles crossing the Delhi-NCR border everyday, with a large chunk of them being trucks. Most of these trucks carry only 40% of their installed capacities, resulting in huge losses, besides a heavy transit cut.

This discussion led the founders to realise that logistics was a day-to-day challenge. This was due to the lack of a common platform where customers could connect with service providers. Thus the idea of Truckmandi was born.

“Truckmandi came into being as we saw a huge opportunity in a sector, which is still in disarray. The transport sector accounts for 13 percent of India’s GDP and the market size is roughly around $130 Bn,” said Ankit.

Once a company registers on the portal, they can choose the best-suited truck for their goods, basing on their queries. With the listings available, a customer can then find the cheapest and best transport providers. The website offers different kinds of carriers, ranging from a small TATA Ace to a full-sized trailer. Truckmandi also provides a real-time tracking option, which includes constant updates through calls, emails and SMS, for its users to learn the location of their goods. Other perks include a proper data recording mechanism, less idle truck time and reduced empty returns because of constant demands.

The founders claim that it is an easy and absolutely hassle-free process. The queries are sent to multiple truck owners and transporters based on Truckmandi’s algorithm, and the best price quoted by a vendor of a particular rating is selected for the delivery.

Currently, the company receives all sorts of queries, for home goods to industrial products.

Truckmandi also provides insurance for the goods being transported. It has two business models, one is the online marketplace and other is by arranging trucks directly. 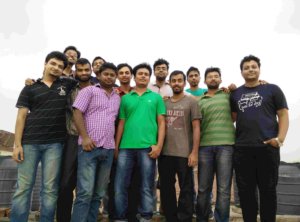 Truckmandi charges a two percent commission on the transactional value from their vendors. “We are focussed on the B2B segment, and our prime target market is SMEs who engage 10-40 trucks a week and transport contractors who deploy 10-50 trucks a day from the spot market,” said Ankit.

Truckmandi has a monthly transaction run rate valued at $154K (INR 1 Cr), which is growing at the rate of 400%.

Between July and September, 2015, the company had raised its Pre-series A funding of an undisclosed amount.

Ankit admits that the biggest competitors for Truckmandi are the offline vendors who currently handle almost 100% of the industry volume.

However, there are other players who have recently entered the market and are eyeing the same prize as Truckmandi.

There is TruckSuvidha, which enrolls only those truck providers whose vehicles are equipped with tracking systems. The startup has around 23000 transporters on its platform. Like TruckSuvidha, several other truck logistics startups for inter and intra-city transport have emerged, including Truckfirst, Moovo, ThePorter, Blowhorn and The Karrier. These domestic players are now eyeing the $92 Bn (INR 6 Lakh Cr) domestic market that remains to be organized.

However, Ankit is hopeful that through Truckmandi’s technology and easy-to-access platform, the company will be successful in offering the much-needed intelligence in matchmaking that the inter-city marketplace for trucks currently lacks.

The company’s 25 member team is looking to expand exponentially, and cater to more than 50000 companies.

However, the other dimension the company wants to focus on, is to organize the vastly unorganized transportation sector in India. Truckmandi now spends a considerable amount of time in educating the vendors about the adoption of technology, and thereby attempts to eradicate corruption at every stage possible.

“Our biggest problem, which we never really considered as a major one, is the pervasive corruption that plagues this industry. In every company we talk to, be it an MNC or a small corporation, everyone involved in the company’s logistics makes some kind of commission through bribes and favours from those to whom they provide the final business. It is very hard to find people and companies who accept this technology, as this removes such leakages from the system. But we take this as another challenge and resolve to keep the wheels rolling,” added Ankit.

The company is also looking at expanding into international markets. It is currently operational in Delhi-NCR, Uttarakhand, Punjab and Haryana.

The fragmented and unorganised Indian trucking industry is like an un-mapped gold mine that has, for long, only been tapped by the locals and only recently discovered by the organised players. The $130 Bn industry is the backbone of the Indian logistics industry and is, therefore, crucial for the country’s economy. However, the industry is far from being a well-oiled machinery, and all the cogs in it are in disarray. Issues like rampant corruption, lack of good drivers, lack of proper amenities for drivers, untimely deliveries and, most importantly, the lack of technological disruption have plagued the industry for long. Online truck marketplaces like Truckmandi and TruckSuvidha can help bring about the much-needed tech-disruption and modernisation of the industry.

G Raghuram, dean of Transport Systems and Logistics at IIM-Ahmedabad, believes “Online truck marketplaces can play a role in the industry in determining the profile of fleet to be onboarded, location of warehouses, loading facilities and the technology behind it.”

Although, they have just scratched the surface, their initiative has brought the potential of the industry into the limelight. It’s not an easy terrain ahead for these startups and there is an insane amount of work that needs to be done before they hit the gold, they can really learn a thing-or-two from the daring truck drivers who brave adverse conditions and perilous roads to reach their destinations.