TicketGoose – Another redBus In Making?

TicketGoose – Another redBus In Making? 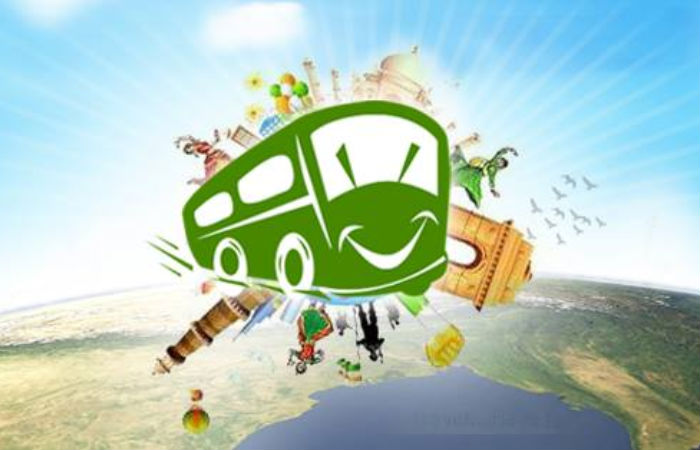 According to reports, bus ticketing is a  Rs 30,000 Cr market, out of which only 5 per cent of bus tickets are being sold through online system in the country now. This proves that there is vast potential for bus ticketing market in online space. Despite the online bus ticketing market being dominated by players like redBus, Travelyaari, Makemytrip etc. yet there is another startup which is trying to make its place in the market.

It all began in the summer of 2007, when Eswaramoorthy flew to India and through his personal experience, he found that there were bus operators aplenty, but actually buying a ticket proved to be a wild goose chase! Even from a bus operator’s point of view, tracking real-time inventory was crucial. At that time, a bus operator use to allocate a certain number of seats to an agent, who, in turn, received approx 10 % commission per ticket.

This gave him the idea and he alongwith his three friends launched Ticketgoose as a Online bus ticket booking platform in 2007.

The startup had initially signed up as a ticketing agent with ten bus operators but they soon realised that online bus ticketing as a dream would crash if there was no way to track real-time inventory. “We found it very difficult to run our business because the other agents wanted to hold on to the bus seats as long as they could,” recalls Athiappan, CEO and co-founder of Ticketgoose.

A year into operations, the founders developed a software called Vahana, which helped bus operators check real-time inventory online. Once Vahana was on the Cloud, bus operators no longer needed to invest Rs 20-25 lakh on expensive software to check their inventory. They could do it online on a per-transaction basis and in real time too! How awesome is that?

In simple words,if an operator wanted to access the data of 10 buses every day, he now needs to pay only Rs 1,000 per month per bus. Additional facilities like customised skins for each operator on the platform, lured even more operators to the portal.

Ticketgoose also functions as a bus ticket aggregator, allowing ticketing agents to use the portal to purchase pre-paid tickets. With commission structure and a deposit of just Rs 10,000, even other popular sites such as Makemytrip.com and Via.com are availing its services.

Today, the portal has over 60 operators on its platform and access to 300 other operators on other platforms. It has a network of over 5000 agents and reaches another 20,000 agents through other networks via consumers of their aggregation service.

As per the company, about 3,500 bus tickets are booked via Ticketgoose daily across 15 cities in Southern and Western India. Out of which over 300-400 tickets are being sold through its iOS and Android app (As of February), which it had launched in February this year. The startup aims to have a turnover of over Rs 4000 Cr in the next five years.

It is also in a process of overhauling its portal to make the user interface easier and interesting. “For example, a customer will be able to carry out a natural language search such as ‘travel between Bangalore and Pune next Saturday’ instead of taking the pains of filling out the exact date and time of travel,”  explains Athiappan. It has also a travel insurance policy for accident, baggage damage and medical expense.

Ticketgoose was launched by techies and friends Arun Athiappan, Karthikeyan Eswaramoorthy and Vasu Ramasamy, with a seed capital of Rs 30 lakh from their personal savings. Few months back, it had raised Rs 4.5 Cr  tranche of angel investment.

[Editor’s Note: If you or your startup want to get featured on Inc42 Magazine as well, please reach out to us here.]