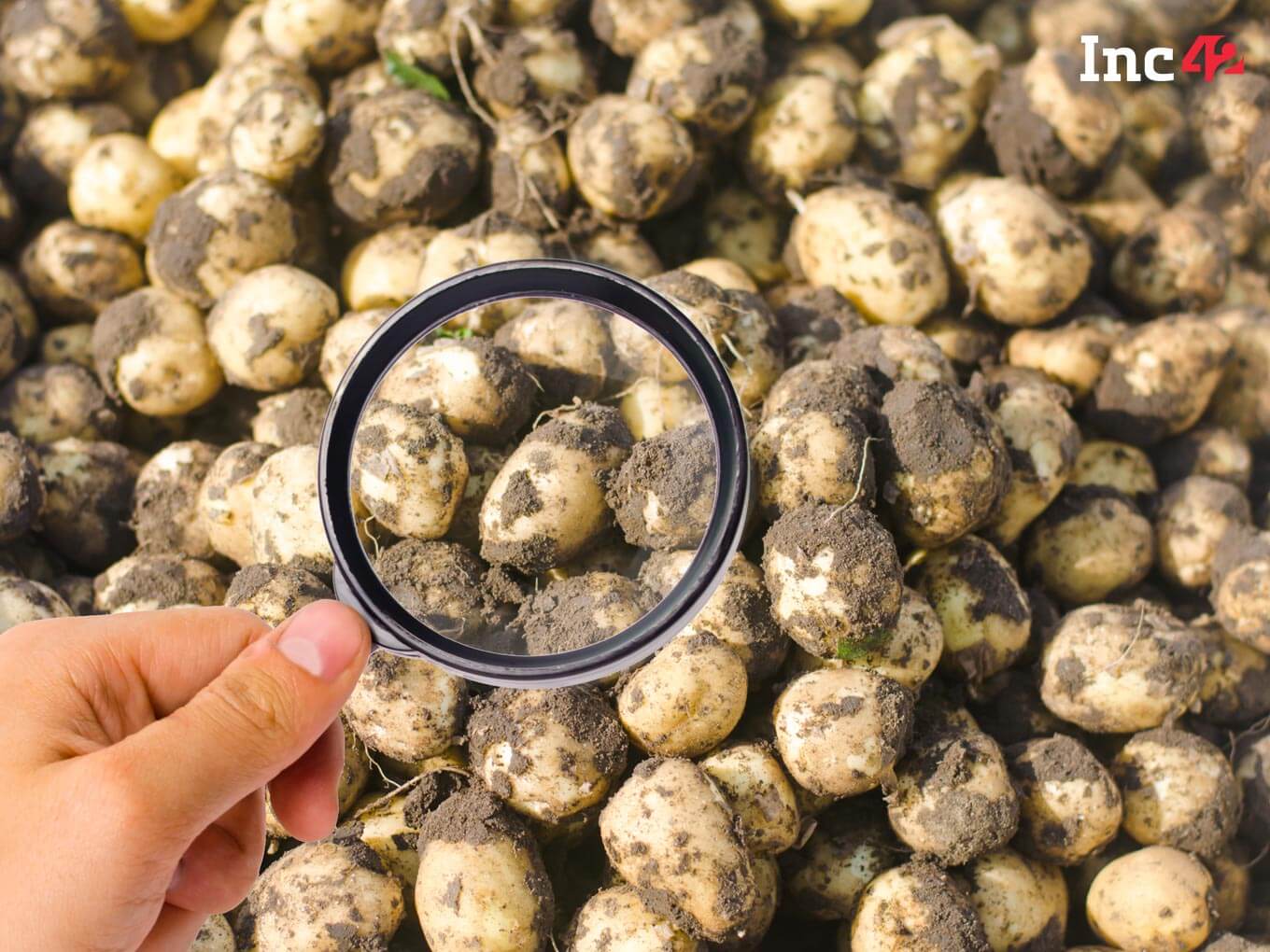 About 58% of India’s enormous 1.3 Bn population depends on agriculture to eke out a livelihood. Yet, the sector has been left out in the cold as far as innovation and technology are concerned.

The average income of a farmer in India is estimated to be Rs 77,976 per year, and as many as 22.50% farmers live below the official poverty line, according to the Dalwai Committee report. Climate change has contributed to the suicides of nearly 60,000 Indian farmers over the past three decades.

The Modi government has targeted to double Indian farmers’ income by 2022. However, this seems like a pipe dream at the moment. In fact, the Economic Survey 2018 predicts that climate change could further lower farmers’ income by up to 25%. The Survey warned about the need for “dramatic” improvement in irrigation, use of new technologies, and better targeting of power and fertiliser subsidies.

India’s farmers and agricultural sector need a saviour. And given agriculture’s dire need for disruption, the saviour may well turn out to be a rising brigade of agritech startups, which are willing to toil in the face of hurdles such as high government control, remote location of agricultural lands, and inadequate market linkages, among others, to improve the condition of Indian agriculture.

One such startup, Agricx, is striving to bring in a reliable crop-grading system in India, with the aim of eliminating middlemen in the supply chain and enabling farmers to earn a fair price for their produce.

Ritesh Dhoot and Saurabh Kumar, who started Agricx in 2016, realised that the main reason for unfair pricing of agriculture produce was the fluctuating quality and standard of the produce, an acute problem, according to the duo.

“During our research, we realised that the entire transaction process in this segment was based on the ‘perception’ of quality. It was subjective. We needed objectivity in the crop grading system. This was our Eureka moment,” says Rahul.

Agricx has developed an artificial intelligence (AI) and machine learning (ML)-based SaaS solution to simplify the grading system and eliminate variability in the quality of produce sourced.

The core idea behind Agricx’s business model is to streamline the procurement process by establishing accurate and precise grading systems with the help of technology. Currently, Agricx grades only potatoes (it has plans to expand to other crops) and caters to procurement chains in cities such as Agra, Gujarat, Mohali, Karnataka, and Delhi, among others.

Agricx: Zeroing In On Potatoes

When asked why they picked potatoes to start the grading process with, the founders explain that potato is one of the most widely sourced crops by big companies and yet it is cultivated on small patches. Therefore, the produce that is sourced tends to vary in quality and there is no foolproof way to determine quality. Agricx fills this loophole with its grading system.

“In India, we produce a total of about 44 Mn tonnes of potato and about half of it — 23 Mn tonnes — is kept in cold storages and supplied to markets across India throughout the year. Grading a crop that is so widely consumed was a necessity and, thus, Agricx zeroed in on potato as the first crop to start the grading process,” added Ritesh.

According to the founders, there are two major problems faced in the supply chain management — one, it is difficult to determine the quality of large volumes of produce by evaluating a small sample, and two, the archaic, manual grading process leads to inaccurate results. The manual grading system doesn’t have any predefined standards and assessment is done at the point of consumption, leaving farmers vulnerable to accept whatever price is offered by the purchaser, usually middlemen.

Agricx lab seeks to be a bridge between farmers and cold storages on one side and procurement specialists on the other, helping the latter procure their requirements in an efficient manner with the use of technology.

For this, the startup has partnered with cold storages (who are measured against stringent parameters) across India and listed their certified potatoes on its platform. Agricx also provides an additional offline service where their internal team visits cold storages to double check and evaluate the produce. However, this is an on-demand service and is provided over and above their technological solutions.

The startup’s core service is completely based on the SaaS application it has developed. The application enables cold storages to click images of samples and grading is done based on some pre-determined measures. The data is then stored for future reference. The data contains information such as:

The certification software uses an advanced proprietary algorithm to accurately detect grade specifications of potatoes from the images captured.

The application is also easily scalable as it can grade high volumes and different types of samples in minimal time, thereby establishing a reliable and transparent grading system. A single image of the produce can be evaluated just within 30 seconds.

For the uninitiated, CNNs are artificial intelligence networks that analyse visual imagery. In this case, they help determine the quality of produce by evaluating the crop images.

Agricx is growing at a rapid pace, serving clients such as Mccain India, Mahindra, and over 100 cold storages in the country.

They have already certified over 2 Mn kgs of potatoes till date and the founders are planning to expand their crop portfolio to chillies, rice, and tomatoes. The startup is also developing a state-of-the-art technology to evaluate internal defects and nutrients in agricultural produce. It is also exploring European markets to expand its potato grading expertise across the border.

However, agriculture is one of the most difficult sectors to work in, and Agricx has had its share of challenges, including hiring employees. The founders say “some good PR around our funding and ML/AI-based positioning made the hiring process a little smoother.” They add that being an agri-focussed technology company helped Agricx attract talent.

The startup has raised about INR 3.25 Cr till now from the Centre for Innovation Incubation and Entrepreneurship (CIIE) and Ankur Capital. Most of the funds have gone into developing the technology. Both the founders emphasise on the fact that their investors have a keen interest in agriculture and are able to see and support their crucial business decisions.

As of now, Agricx may not have much competition, but there are a few other players operating in the segment, including Bengaluru-based Intello Labs and Agshift, a US-based food inspection company, both of which are well rooted in the Indian agritech segment.

It doesn’t seem like it will be too long until space gets crowded with more innovative business models, considering the impetus the Centre and state governments are giving to this sector.

However, the major challenge for Agricx may not really be the competition (as of now, at least) but the ability to sustain in the fractured agricultural ecosystem where farmers are still not educated about the best means of farming and traders or middlemen still exist as redundant layers in the system. The industry is huge and complex and the challenges are many, but it holds great opportunities for innovation and improvements of the type Agricx is doing, and it can only get better from here.