When Singapore-based multi language payment gateway Telr announced its entry into the Indian market this year, CEO Sirish Kumar was very sure about two things. Firstly, SMEs in many economies in emerging markets were not able expand online quickly, and the entrepreneurs who were running them, had to put up money up front even before they could start their first online transaction. Secondly, though payments started 18 years back as an alternative to hard currency but it is still the domain of developed economies, with a lot left to be done in emerging markets. So, while India has done a good job that merchants get money in their respective currency but in many emerging markets it does not happen.

It is these very thoughts that had prompted Sirish, who had been CFO at Paypal for South-east Asia and India to start Telr, along with Elias Ghanem in 2013. Telr, which derived its name from the digitised version of a person sitting behind the counter in the banking industry – the teller, intended more than to be just an online payment solution. It wants to solve problems of SMEs in emerging markets who want to come online. Telr seeks to eliminate the fragmentation that exists between key stakeholders in the ecommerce markets such as merchants, logistics services, web store providers and banks in order to facilitate seamless and smooth business growth.

Sirish believes that there has to be an ecosystem where entrepreneurs comes in and are able to use services whether creating an identity in the online world, making payments or making the business grow faster. The first thing Telr does towards this is that it reduces onboarding time by over 50% by advising on the specific documentation-based on company type and ownership structure, and allowing electronic uploading of the same. Next, it offers online payments solutions for merchants using websites as well as social media channels such as Facebook, Instagram and mobile apps. Adds Sirish,

“We believe websites are not going to be the future in ecommerce after 7-8 years, there will be another channels to communicate and sell. We are fundamentally merchant focussed who has less time to evaluate options but is very clear as to what he wants from business perspective.”

Based out of Singapore, Telr first entered the UAE market as it had one of the highest smartphone penetration. Now in India, the 15-20 members team is spread between Delhi and Mumbai.

Onboarding Merchants In An Hour

Telr’s proposition is simple. It aims to facilitate any kind of seller to tap their existing network on social media and convert communication into a transaction by providing very simple payment methods and links. For instance, one can sell through social media accounts or through web and mobile by using Telr’s APIs. Thus, it is not necessary for merchants to have an ecommerce website to do business online. One can have a static website and later invest in it, when one gains enough traction.

Additionally, Telr’s automated on-boarding process for merchants on the platform, negates the need of sending documents by courier physically, which is the norm for payment gateways and banks. Thus, reducing the registering process from 1-4 weeks to 1-1.5 hours. The automated process also removes the hassles faced due to missing documents and reduces back and forth of documents in general. The merchant simply has to scan documents and upload to register on the platform, without any upfront costs. Thus, the startup helps entrepreneurs with the tools required to kick-start, grow & analyse their online businesses, providing swift, and seamless web store solutions. 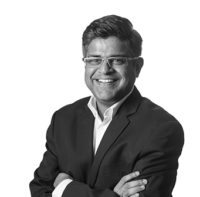 Says Sirish, “If you are a merchant, Telr enables you to start selling on Facebook or Instagram itself, thus converting your communications into transactions by enabling very simple payment methods and links which can be posted in comment boxes. We allow merchants to tap their existing network on social media, get traction, maybe have a static website, and then later invest in it. Hence, Telr removes the fear or hesitation or complications for a merchant who is taking his business online.”

Telr wants to target every small merchant who wants to take business online. Sirish adds that Telr wants to go on with a solution for them to come online easily rather than merely as a payment provider alone. As per him, just 38000 online merchants will be added this year in India, pointing to the huge potential of the market. Kumar says, “Many verticals and many cities will require customised solutions, solutions which are simple, where the buyer understands it and merchant is able to communicate very clearly as to how transaction should be closed.”

Telr has posted a growth rate of 12x since its inception in Singapore and then entering UAE. Though Sirish did not disclose the number of merchants on the platform, he stated that Telr’s APIs and interfaces, which help merchants onboard quickly have been a big draw. Added to that, are the plus points that merchants are able to get money in local currency and are able to sell through social media and in app payments.

Going forward, Telr will focus on reducing the number of interactions between merchants and backend to further make the process faster, will focus on many new verticals such as unbranded hotels, education, and verticals that are coming online, and forging more partnerships with banks, merchants, and logistic providers. “This year our absolute focus will be on India and it will contribute to majority of growth of Telr. We expect 60% of our growth to come from India,” he added.

The pricing structure at Telr has been kept simple by not having any multiple pricing options or surprise pricing. Any merchant coming onboard pay a fixed percentage per month starting with as low as 2.5% and as his volume goes up, it can be revised. Telr charges no upfront fees in UAE and this same practice will also be brought forward in India.

Telr raised its Series A funding in October 2014. Investors in the startup include Hatcher and iMena. It is looking to raise its Series B round in the coming months as it focuses on increasing its stronghold in India, followed by its entry in Indonesia.

The Ever Expanding Payment Sector

The Indian payments sector is a fast growing sector with increasing number of players. Consecutively it has also started getting investors interest. Paytm, which is a formidable player in the segment and has also received a license to open a payment bank, will be investing about $25 – $50 Mn in the bank in setting up the bank. Last year, it raised $680 Mn  from Chinese ecommerce giant Alibaba Group Holding. Similarly, Mumbai-based payment solutions company Citrus Pay raised about $25 Mn from a group of new and existing investors. Other players in this segment include Y Combinator backed Razorpay, cloud-based Newgen Payments, MobiKwik, PayU, etc.

The competition will further increase as the share of card-based transactions rises with the efforts of the government to bring digital payments on the same level as offline transactions. This will be facilitated by the 11 new payment banks which have been given licenses in order to tap unbanked and underbanked customers in rural, semi-rural, remote areas, small businesses, the unorganised sector, low income households, farmers, and migrant work force, thereby bring about digital inclusion.

Sirish, however believes that the Indian payments market is still not that overcrowded and he expects more international players to enter soon given the size of the increasing pie, facilitated by more and more number of people turning to smartphones or coming online.

He adds, “Competition is good but we still believe no of players are very less. We expect international players to come in. Our USP is that our adaptability is very fast, we offer integrated information in real time, and we accept and manage online payments via web, mobile and social media. We are not bothered by the competition, as the pie is only going to increase more in size. I am seeing Telr as a way to contribute to the pie as new merchants, new verticals come online. As of now, we have just started. The payments industry is a $10-12 Bn industry right now, and will be a $45 Bn industry in 2020 if you take out the travel segment. If you include it, it is a $100 Bn opportunity.”

Then there are other players too who are providing merchants the platform for social selling. For instance, there was Sellmojo ( which retired its services in January 2016) which allowed people to build stores on Facebook for selling. Similarly, there is the US-based Ravox, which enables people to create their own mobile and Facebook stores.

With increasing smartphone penetration, opening up of payments banks and government’s efforts towards financial inclusion for all, it is a given that the rise of digital financial transactions. Thus, competition in the payments space is bound to increase. What will differentiate players is their ability to ensure easy, safe, and seamless transactions for so many new customers who will be coming online for the first time. Towards this, Telr’s initiative to differentiate itself from its contemporaries with its focus on the SME and startup industry by reducing the on-boarding time is an important factor. How effectively does it translate in action remains to be seen. Additionally, its efforts to make merchants conduct transactions through social media platforms seamlessly also give it another edge over its competitors. Again, the seamlessness of these transactions will be a determining factor in how fast it’s able to increase its footprint in India.