Inspiration to create something of your own can strike anywhere. Even when you have just interviewed to work for someone else’s startup and are taking a vacation after that interview in Mexico! That’s what exactly happened with Sunil Patro in 2009 when after interviewing with a Palo Alto-based startup, he had taken some time off to travel to Mexico. He was in a small town in Mexico when the offer from the startup materialized through an email, asking him to sign the document and send it back. While Sunil was excited to receive the offer, the next few hours were hardly exciting for him. He had to hunt for a printing shop in that small town where he could get a physical copy of the contract, sign it, re-scan it, and fax it back.

Besides the amount of time spent, he also had to shell out about $30-$40 for merely signing that document. That is when it hit him how there should be a simpler way to sign documents with one’s mobile phone, especially when one is on the go.

After looking around for such a solution and not finding one, Sunil quit his job in March 2010 to build such a solution. Thus was born SignEasy in July 2010, a mobile e-signatures  application, which allows professionals and companies worldwide to electronically sign, collect signatures and fill documents from smartphones, tablets, and the web. 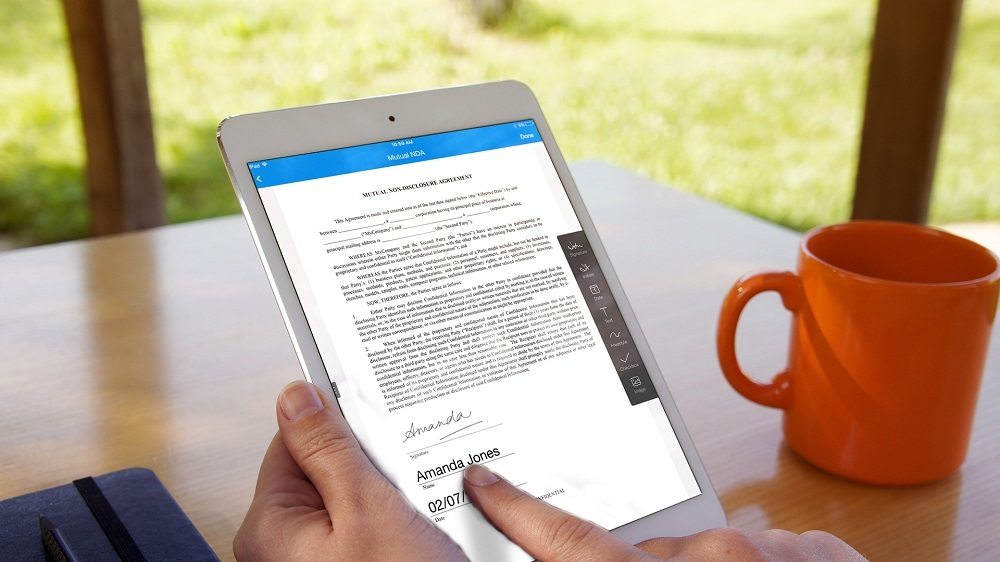 The startup which was founded by Sunil with the aim of reducing costs due to paperwork completed six years of operation this month, and that too by remaining bootstrapped and profitable all the way.

SignEasy allows one to do paperwork on the go without actually having to do anything with paper. When one receives a document in pdf, word, or any other format which needs to be signed, a user can open it in the SignEasy app. After creating an account, one can either sign it with a mouse or touchpad or stylus or simply use a PNG image of his signature and drag it to the required portion of the document. One can also text fields or add dates. Once the document is signed and finalised, it can be sent out as an email or uploaded on the cloud. The app works on any smartphone, tablet or desktop browser. It even works where there is no internet connection or 3G signal on a user’s phone

SignEasy aims to target all – from consumers and professionals who travel a lot on their jobs such as sales guys, consultants, medical representatives, and logistics guys to business centres where paperwork is a daily necessity be it in real estate or HR or accounting. While it was primarily a consumer-centric B2C solution in the first few years, recently it has started focussing on B2C2B and is targeting SMEs directly. About 20,000 small businesses are paid customers of SignEasy is a sign that many others can be reached out too, says Sunil.

The SignEasy app is available both as an iOS and Android platforms and has seen downloads to the tune of 4 Mn across 150 countries. Interestingly, it started as an iOS app in 2010 in the US, the early mover advantage helped them get noticed by Apple and thus crack the US market which was majorly an iOS market back then. SignEasy has been featured as a Best Business App by Apple consecutively in 2014 and 2015 and has also been pre-installed by Apple on its demo devices. Apple also featured SignEasy in its iPad campaign “Everything Changes with iPad”, as a part of the ‘Small Business Collection which has further added to its international recognition. No wonder, it is one of the top 10 downloaded apps worldwide. 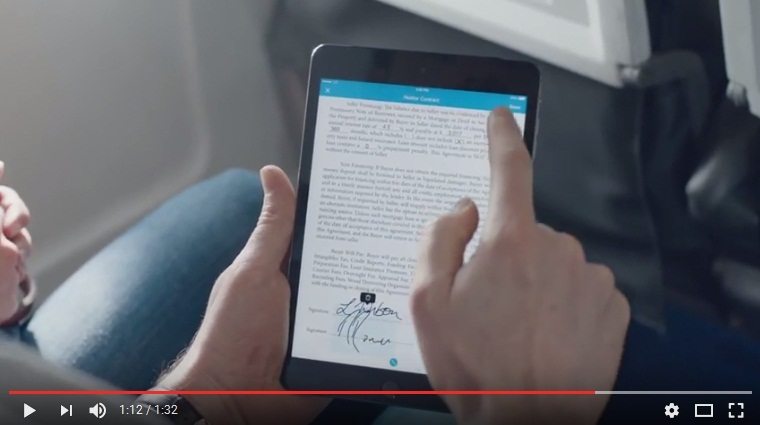 The startup now boasts of 120,000 paid users which comprise individuals, teams, or users with multiple licenses. It monetizes through a freemium model where the first three are free. Users can then upgrade to one of three paid plans: Pay As You Go where one can pay $5 for signing 10 documents, the Pro plan for independent professionals at $4 per user per month and Business plan for teams and departments starting at $8 per user per month. The paid plans also include unlimited document signing and other business-friendly features such as cloud storage integration, offline signing, and digital audit trail among others.

The startup has enabled over 8 Mn documents to be legally signed through its system. About 90% of its revenues come from B2C users. Additionally, 80% of its revenues come from countries like United States, Canada, United Kingdom, Australia, South Africa, France, Germany, Italy, Brazil, and Mexico. Adds Sunil, “Our aim is to rope in 10 Mn users in the next few years so that the network effect kicks in.”

Bootstrapped all through, Sunil aptly adds that “we are customer funded and not venture funded.” Headquartered in the US, the team has about 20 people based in its R&D centre in Bangalore with about three in the US.

For Sunil, the primary competition is paper! He says,

People are resistant to changing behaviour and that’s what we want to change. Our proposition is that people should not get stuck in paperwork but rather focus on real work.

Thus SignEasy aims to reduce the time, money, and efforts lost in doing paperwork, and yet present to its users a secure way of signing documents. In Silicon Valley, it faces competition from DocuSign and Adobe Sign, however, it claims to be way ahead of its competitors in terms of localisation and internationalisation as well as in flexible pricing options.

Going forward SignEasy will further focus on providing a faster and more seamless experience to its users, keeping in sync with the changes in platforms. Towards this, the startup also has extended its application on the web to reach out a bigger audience. Recently, it also launched a Request Signature feature which allows users send a document for signature to anyone and get it signed, in minutes. With the Request Signature feature, users can invite others to sign by adding their email addresses and specifying the order of signing. Once the request is sent, the signers are notified to sign the document. All parties receive the completed document once everyone has signed it.

The startup also recently released a SignEasy iOS Extension to make signing paperwork a piece of cake from hundreds of apps including Apple’s Mail App, Box, Camscanner, Cloudmagic, Dropbox, GeniusScan, Mailbox, Microsoft OneDrive, Scannable, Gmail, and Slack. Users can sign documents from these apps itself without having to leave the app. It is also working in collaboration with Microsoft360 for the same.

As more and more businesses start thinking about carbon footprints and reducing paper usage, e-signatures are bound to have many takers. More so given the fact that digital signatures are now a norm in more than 37 countries and the number will grow rapidly. Same goes for India where a rising smartphone population, increasing number of businesses, and efforts by policymakers to usher in a digital revolution will increase the buzz around e-signatures.

While foreign markets were easy to penetrate as people there are much more comfortable doing business online, developing markets are expected to see fast adoption given the mobile-first internet trends happening in these markets. SignEasy’s challenge will be in cracking the price-sensitive developing markets, which are majorly Android-focused such as India, making it more accessible to SMBs, and trying to usher in an era where e-signatures become the norm and not exception.

[What The Financials] Swiggy Outpaces Zomato In Revenue Race Despite 66% Higher ...